Over the next week Cannondale’s Cameron Wurf will be blogging for CyclingTips about his experience at the USA Pro Challenge in Colorado. In this post Cam writes about stage 1, a hilly opening affair.

The USA Pro Challenge kicked off today in the lavish alpine town of Aspen. Watching the movie Dumb and Dumber was the first time I heard about this place and sadly that would be a pretty good way of summing up my performance on stage 1.

Cannondale assembled a very competitive team on paper, with me being a late addition. I had been keen to do this race all season however I wasn’t given the green light until after the Tour of Utah when our young gun Davide “Numero Uno” Formolo was ruled out with sickness.

I jumped at the chance to add my name to the startlist and lined up today alongside the green bullet Elia Viviani, our captain Ivan Basso, Alan “Motorbike” Marangoni, the German Michel Koch, Ted King, Cristiano Salerno, and Matej Mohoric. It is a team pretty well-suited to the race and with a sprint finish expected today we were confident in our chances with Elia. We attacked the stage accordingly.

I had a very good feeling about today at the start. Elia was confident and all the boys were geed up to deliver him perfectly to give him a shot at victory. As soon as the flag dropped the boys were rapidly into action and ensured a manageable group was let loose and we went about controlling the race. All went according to plan and entering the final 15km the race was all together and only a 1km climb posed any threat to derailing our plans.

Today’s course was a deceptively challenging 95km route. It featured three laps with a few short but leg-sapping climbs and some nice technical descents thrown in for good measure to keep us on our toes.

What makes racing here in Colorado so challenging is the altitude which really means you have to measure your effort. Push a fraction too hard and explode and you simply don’t recover — very quickly you’ll find yourself further back than full back. Ideally you ride at your own pace or happily follow a pace slightly less than you are capable of going however as it’s a bike race it’s pretty rare you’re going the pace you want unless you’re on the front.

As a result of this, and due to the lack of oxygen, you are seemingly always uncomfortable. Anyways that’s how it should be as it’s a bike race and it certainly adds a huge degree of unpredictably about how every stage can pan out. I imagine that makes watching races held at altitude pretty exciting.

The boys did a perfect job of controlling the race. On the penultimate climb the pace started to ramp up a bit so I got myself to the front and ensured the pace was nice and steady heading into the final climb. I was on the front and did my best to slow the group down to ensure Elia the easiest possible ride up the final obstacle.

Sadly the UnitedHealthcare team knew what I was up to and barged past and ramped up the pace. They had sensed the opportunity to drop our missile sprinter and give their own speed demon and eventual winner Kiel Reijnen the best shot of glory.

They really set a ferocious pace, reflecting their belief in Kiel, and quickly the group started to break up. At this point I was still at the front but knew Elia would be in a little difficulty so I started to drift back and wait to see where he and the boys were. There was still plenty of time to ride back across some splits in the bunch so long as we were not too far behind over the top of the climb.

This is where my stupidity kicked in. I drifted back to regroup with the green machine but I had underestimated how much damage UHC had done to the group. I was quickly behind and out of the front group which I did not anticipate to be so small.

I tried not to panic and looked around for Elia in the hope that I would be able to ride back across. But when I realised he wasn’t there I was well and truly on the back foot. Over the top of the climb I wasn’t far off the back but at altitude your turbo is very limited. And with BMC, UHC and Garmin driving the pace I knew it would take a miracle to ride my way back into the front group. In reality, with the calibre of riders up there I had no chance!

That’s where the the movie Dumb and Dumber came to mind! I was in the perfect position when we hit the final climb and instead of sand-bagging I should have simply kept my rhythm and the power on the pedals. I certainly could have made life a lot easier for myself.

I was so confident in Elia — he had said to me on the final lap not to panic when people attacked as we need to simply stay together. That way it’s easiest to get ourselves out of trouble. Elia is a great captain and I always believe in him so today was no different. In reality, at that moment on the final climb, I should have just focused on staying at the front which was hard enough at altitude. Should Elia have been there, great. Unfortunately, in the end my indecision meant we had nobody in the front and after the boys did such a brilliant job all day we had to return to the hotel empty-handed. A big blunder on my behalf.

While I am mad with myself I also don’t regret what I did. Yeah I blew a big chunk of time in the GC competition but my mentality always seems to be one to look out for my teammates first and foremost, especially Elia whom I respect greatly. To be honest, the front group was not that large so there’s no guarantee I could have been in it however I should have at least tried. Better not to die wondering!

When Elia asks for the team’s support he rarely lets us down and being a part of his victories has been some of the best moments I have had on this team. So from that perspective I don’t regret my decision for a second. In reality he could have just as easily been right there and won the stage, but today it went the other way.

Anyway, there’s no use crying over spilled milk and we will just have to regroup and reassess our goals and get stuck back into it tomorrow. It’s going to now be a tougher road to hoe but fortunately we have plenty of road to get it done before we get to Denver on Sunday.

I also have to say how pleased I am for Kiel Reijnan. He is an absolute class act of a rider and has been knocking on the door of a result like today for years. Today his team really took the race by the scruff of the neck on that final leg-snapping climb and Kiel showed everybody just why they did, winning the stage in such thrilling fashion. I am sure it’s just the start of many big victories for him! 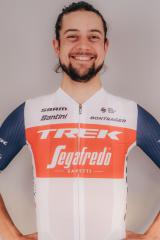