Rohan Dennis (BMC) has won stage 3 of the 2015 Santos Tour Down Under after flying past an elite lead group on the steep final ascent into Paracombe. Dennis was followed over the line three seconds later by his team leader Cadel Evans, the result pushing Dennis and Evans into first and second on the general classification respectively. Tom Dumoulin (Giant-Alpecin) finished third on the stage, with the same time as Evans, and now sits third overall.

The day’s main breakaway was initiated by Drapac’s Will Clarke who was joined in the opening kilometres by Calvin Watson (Trek), Axel Domont (Ag2r-La Mondiale) and Lasse Norman Hansen (Cannondale-Garmin). The four leaders enjoyed a maximum gap of 3:30 after 41km of racing, but they were all caught inside 10km to go.

The race exploded on the Torrens Hill Road climb with Dennis dashing away to victory. 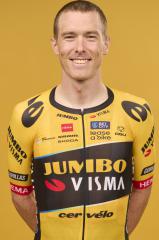 Click here to read the full report and see a gallery of photos on CyclingTips.

Diaz looks set to repeat his 2013 victory in his home race after outclimbing the lines of Giro d’Italia winner Nairo Quintana (Movistar) on the stage-ending Cerro el Amago climb.

Diaz rode away from his GC rivals on the 10.5km climb, reeling in the remnants of the day’s breakaway before going on to win by 52 seconds ahead of teammate Alex Diniz. Team Colombia’s Rodolfo Andres Torres was third while Quintana was fourth, 56 seconds behind Diaz.

Diaz now leads the GC by one minute over Torres with Diniz 19 seconds back and Quintana another four seconds in arrears.

Today’s fifth stage of the seven-stage race is a 17.4km time trial around San Luis. 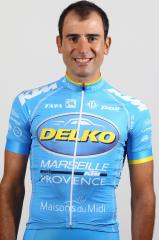 Geert Leinders, former head doctor of the Rabobank team and also a past consultant doctor to Team Sky, has been handed a lifetime ban after being found guilty of repeated doping practices while with the Dutch team.

They concluded that Leinders had “possessed, trafficked, and administered banned performance enhancing substances and methods without any legitimate medical need, including EPO, blood transfusion paraphernalia, testosterone, insulin, DHEA, LH and corticosteroids to athletes under his care, and was complicit in other anti-doping rule violations.”

Testimony from former Rabobank riders Levi Leipheimer and Michael Rasmussen was important in the case.

“As a physician, I consider myself innocent in this matter,” Leinders said about the lifetime ban, according to NOS. He also made clear that the lifetime ban would have minimal impact on him. “I have already decided three years ago to not be active as a team doctor in cycling.”

Click here and here to read the full story on CyclingTips.

Nine days after he fractured his collarbone in a training crash, Alex Dowsett and his Movistar Team have confirmed that the rider has been forced to postpone his hour record attempt scheduled for February 27 in London’s Lee Valley VeloPark.

“I’m really gutted this has happened,” he said on Thursday. “I’ve never worked harder for anything and to make this difficult decision with the team and lose this opportunity is a real blow. The positive is that it is a record attempt so we will be attempting it at a later date.”

The team has said that not only was the original schedule unrealistic, but also that there was a risk of complicating the recovery and thus hampering the rest of his season.

There’s been a degree of hullabaloo on social media since Tuesday when IAM Cycling tweeted out that its preferred jersey design was not permitted. “Fans @UCI_cycling won’t let us ride with back design A so we’ll race with design B, sad. #Procycling needs #evolution,” the team’s Twitter account stated, showing two photos of a rider with his name written across the back of the jersey.

The team clarified the situation to CyclingTips on Wednesday, stating that notice was actually given months ago that the preferred layout would not be allowed.

“Under the UCI rules, they thought that this should not be permitted on the races,” said the team’s owner Michel Thetáz. “But in any other places, on the stage podium or whatever, we understood that it was okay. Our supporters really like it, so we use it in any other places outside the races.”

So why the controversy this week? Thetáz explained that the team’s tweet was simply in relation to repeated enquiries from fans rather than a reaction to a new UCI directive.

Team manager of the Europcar squad, Jean-René Bernaudeau, has had a tough time of late, with a shortfall in the team’s budget leading to it being refused a place in the WorldTour in 2015 and needing to battle to secure the funds necessary for a Pro Continental slot. It finally secure the latter, but the whole period has been a very stressful one for Bernaudeau. “I just had terrible weeks, the most ugly end to a year of my life,” he told L’Equipe, according to Cyclingnews. “I felt trapped because I am the head of a very big structure, with 26 riders under contract that I did not have the means to dismiss.”

The Frenchman needs to find a replacement title sponsor for his team in the next few months as Europcar has already confirmed that it will pull out at the end of the year.

“I have had several discussions with potential partners for 2016. Budgets are being considered. I am not worried, no, I’m still very confident,” he said in an interview with L’Équipe.

Speaking at a press conference at the Tour Down Under in Adelaide three-time Tour de France winner Greg LeMond has told journalists that he doesn’t believe Lance Armstrong’s lifetime ban should be overturned. “If there’s anybody who deserves a ban, it’s this guy,” LeMond said. “Ben Johnson got a life ban in 1988 and relative to that he wasn’t involved in the conspiracy to cover up stuff. I don’t think there’s ever been a cyclist who has ever been involved in that level of deception. It’s unfortunate.”

LeMond went on to accuse Armstrong of trying to oust him from the sport.

“Cycling was my life and it was a major attempt to make sure that I was excluded from it”, LeMond said. “Even from the Tour de France at one point.”

Here’s an extract from an interesting piece from Richard Moore over at Cycling Weekly that touches on various aspects of Evans’ personality and the rider that few fans seem to know:

Enigmatic is a good word for Evans. But there are lots of others. Impenetrable. Serious. Intelligent. Shy. Emotional. Complex. Eccentric. In his book, Domestique, Charly Wegelius tells of the time he was signed to Evans’ team and the two arranged to meet for dinner. Evans arrived with his wife and an expensive bottle of wine, which he placed on the table. And there it sat. At the end of the evening he stood up, said his goodbyes and left, taking the bottle of wine with him.

Who is Fernando Gaviria?

Colombian sprinter Fernando Gaviria has made headlines over the past few days after winning two stages of the Tour de San Luis against more-fancied rivals like Mark Cavendish and Sacha Modolo. But the question a lot of people have been asking since is: who is Fernando Gaviria?

The Alpes & Andes website (formerly Cycling Inquisition) has helped to answer that question, writing a piece about Gaviria’s rise through the cycling ranks and his lead-in to the Tour de San Luis. Here’s an excerpt:

Before going to San Luis, Gaviria admitted to the Colombian press that he was a bit nervous about the race. “There’s a chance for sidewinds, something we don’t experience where in Colombia. To race at that level will be a huge challenge.”

He also said that he was trying to be realistic about his goals, and stated several times that he was very much focused on several track events coming up, eventually leading to the next Olympics. In that sense, it’s possible that his two wins against World Tour riders is almost as much a surprise to him as they have been to many others. Though if you look at his past accomplishments, it’s easy to see that his star was on the rise.

Click here to read the full article at Alps & Andes.

South Australia has become the third jurisdiction in Australia to commit to legislating a minimum overtaking distance of one metre for drivers overtaking bike riders.

Premier Jay Weatherill announced his support of minimum overtaking distance, in response to the suite of recommendations handed down to by the South Australian Citizens’ Jury on the topic: “Motorists and Cyclists will always be using our roads – What things could we trial to ensure they share the roads safely?”

“In 2014, 45 people lost their lives while riding a bike on Australian roads and research has confirmed the most common bike rider fatality crash type is being hit from behind by a motor vehicle travelling in the same direction,” Gaudry said.

“We applaud the South Australian Government for recognising that refining existing laws to provide a measurable benchmark for safe overtaking distance is the leading action needed to reduce these tragedies.”

The Adelaide Advertiser reports that the legislation will be introduced to parliament by the South Australian government early next month.

On-board footage from stage 3 of the Tour Down Under

Jeremy Roy is back with more on-board footage from the Tour Down Under, this time from yesterday’s stage 3 which ended with the short punchy climb to Paracombe.

Etixx-Quick-Step DS Rolf Aldag sat down with Cyclingnews at a recent training camp to talk about his path into cycling, “whether or not he would have taken up cycling had he known about the doping problems rife in the sport” and more.

And finally this morning, here are a few things you might have missed at CyclingTips:

***
Don’t get dropped — keep up to date with regular CyclingTips content, updates, special offers and events, just by signing up to our newsletter.
Today’s feature image comes from Con Chronis and shows Rohan Dennis cresting the climb to stage 3 of the Tour Down Under yesterday.