Three-time cyclocross world champion Zdenek Stybar (Etixx-Quick-Step) took the biggest classics win of his career after proving strongest from a three-man battle that emerged at the front of the race with 12 kilometers remaining over the white roads of Tuscany. Stybar powered away from Greg Van Avermaet (BMC) and Alejandro Valverde (Movistar) with a superb show of strength over Strade Bianche’s short and windswept climbs with 45km of gravel roads. Stybar’s win puts him down as one of the favourites for next month’s Paris-Roubaix, where he finished fifth in 2014 and sixth in 2013. 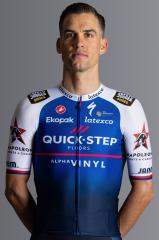