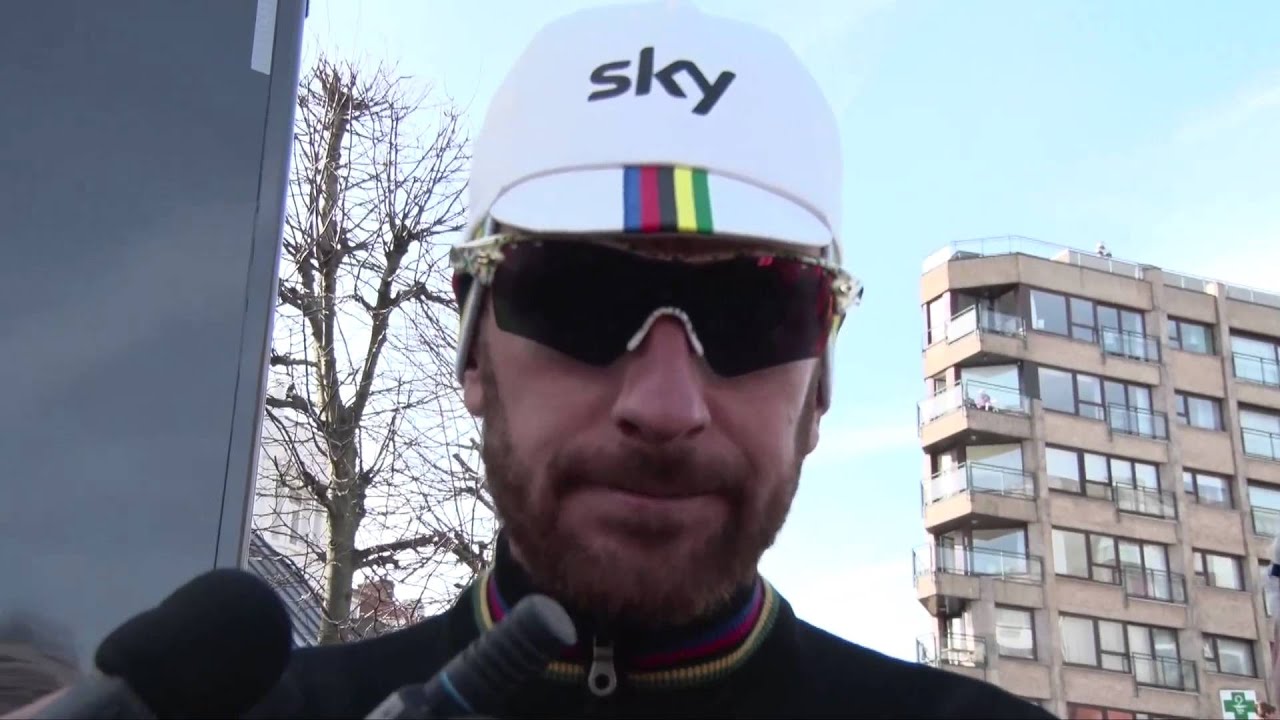 Driedaagse De Panne concluded on Thursday afternoon with a 14.2km individual time trial, which was won by world time trial champion Bradley Wiggins in his last ITT in Team Sky colours. After the race he spoke with journalists about his win, his 14 year career, and the team’s chances at Flanders this Sunday.

Bradley Wiggins, 34 years old, will be racing Paris-Roubaix next Sunday as his last major goal with team Sky before he leaves to join his continental team and focus on the track for the hour record and 2016 Olympics.