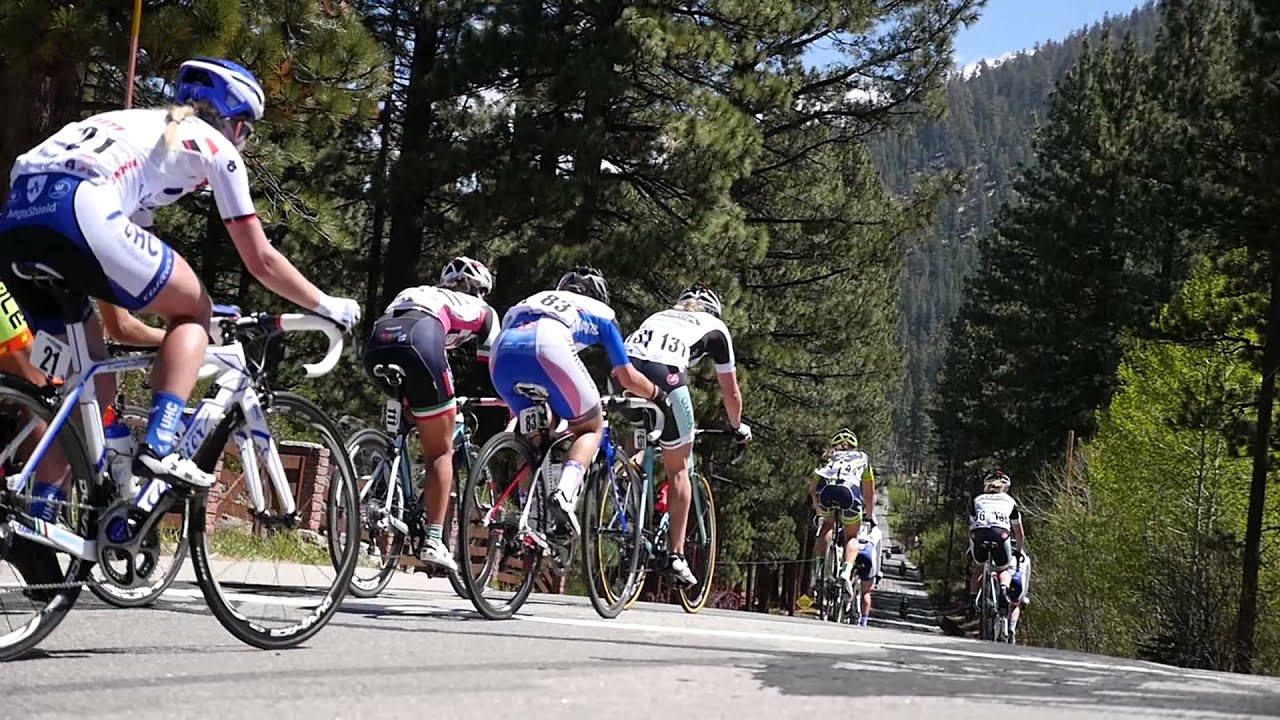 Triple Canadian road champion Leah Kirchmann (Optum p/b Kelly Benefits Strategies) won stage two of the Women’s Amgen Tour of California empowered by SRAM. The second stage, like the first, featured an uphill finish to Heavenly Mountain Resort – albeit with a different approach than the one that determined the winner yesterday.

Kirchmann topped Trixi Worrack (Velocio-SRAM) for the top step of the podium. Lauren Komanski (Twenty16 – Sho-Air) rounded out the podium. Finishing on the same time as the stage winner and pocketing a four second time bonus for third place, Komanski moved into the race lead over Worrack and stage one winner Katie Hall (UnitedHealthCare).

“It feels incredible,” said Komanski in the Voxwomen video featured above. “This is a huge race. Pretty stoked. There will be a lot of work to do tomorrow, but the team is definitely capable of it.”

The 79km stage included two laps of a circuit due south of Lake Tahoe with a steep finishing climb. Each lap included one Queen of the Mountain (QOM) climb (1km, 6% gradient) which served to soften the field. Ale Cipollini launched the first attack of the day following from a series of attacks in rapid success from BMW-Happy Tooth, who were also on the attack throughout stage one.

“The plan today was to race super aggressively,” said Australian Miranda Griffiths of her BMW-Happy Tooth team’s approach. “We didn’t want to get a top ten finish. We wanted to go for a win. The break was our best chance. We wanted to try to get up the road and hope that other teams were going to do the same thing.”

“A few other teams were interested in attacking as well, but a lot were banking on having a rider finish well on the final climb,” she added. “It was frustrating that we couldn’t pull off the break, but it’s not a tactic that succeeds often.”

Alie Dragoo (Twenty16 – Sho-Air) slipped away solo following the first QOM. She built up a maximum advantage of a half-minute before the peloton reeled her in just beyond the first passage of the finish line. The undulating roads on the circuit had taken their tool. With one lap complete, only 27 riders remained in the front group until Sarah Storey (Pearl Izumi) dragged the second peloton up to the first.

Team TIBCO-SVB’s Kathrin Hammes was the next rider to escape. She was joined by Alison Jackson (Twenty16 – Sho-Air). The duo never managed a substantial advantage and were overtaken with 30km remaining. Griffiths countered their catch in a short-lived move.

“A lot of our sponsors are here,” Griffiths noted. “This is a huge race. We want to do well for our sponsors, and being one of the most aggressive teams is a good way to get our names out there. Our sponsors really appreciate that effort.”

The reduced bunch split over the second QOM although a handful of dropped riders were able to claw their back to the front group before the finish. Around 30 riders hit the final climb to Heavenly Mountain Resort together. Kirchmann manned the front of the group until the last 200 metres when she made her bid for glory.

:That final pitch up the finish – my legs were burning so hard,” said Kirchmann in the Voxwomen video featured above. “I couldn’t wait to step pedalling at the finish line.”