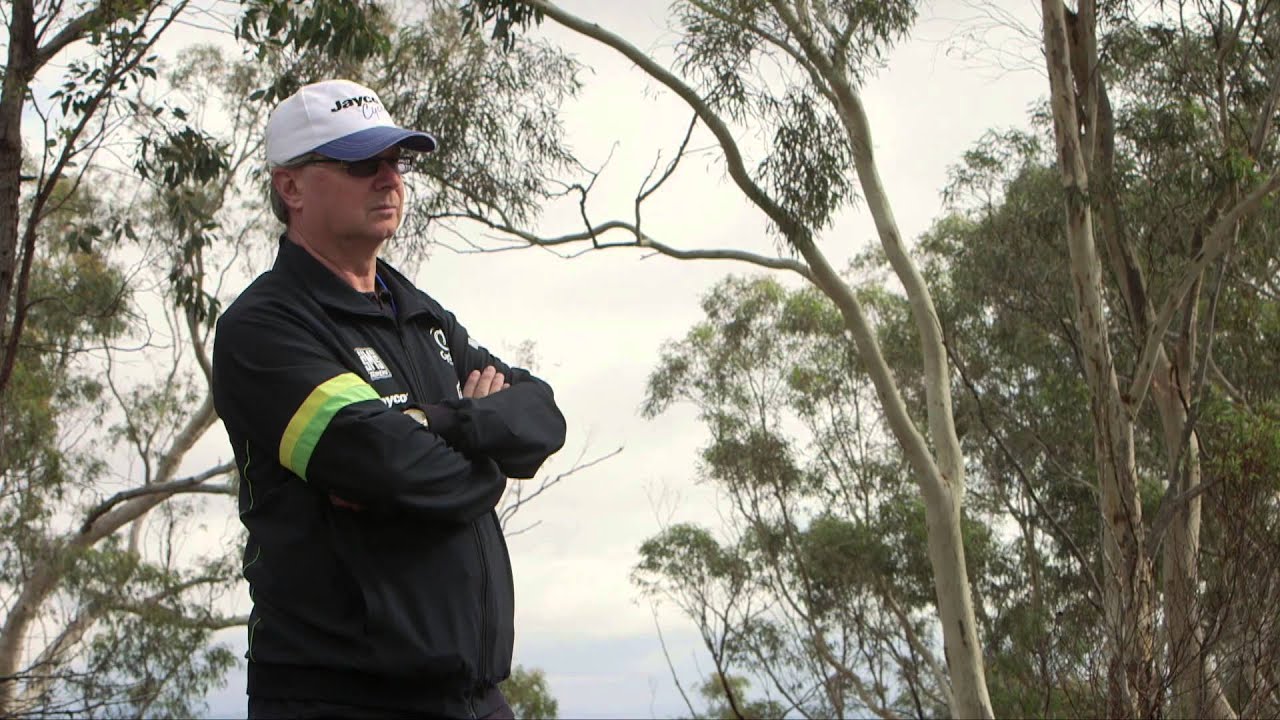 Cycling Australia senior women’s road coach Martin Barras reached out to us last week following the publication of three recent articles on Ella CyclingTips about the selection camp that was held last month as part of the process of determining the members of the High5 Australian Women’s Road Development Team, an Australian national team project. Barras expressed concerns with what he called “a few factual errors” expressed by the writers. I offered him a platform to correct the impression made by these errors, and he happily accepted. His account of selection camp is below.

Barras was the head coach at the selection camp and one of three individuals involved in every aspect of the selection. He will direct the selected team on the road in Europe come June. Beyond his involvement with this team, Barras shares management and director duties at Orica-AIS with sport director Gene Bates and directs the road teams at the World Championships, Commonwealth Games and the Olympics.

I have followed with interest the comments and debates that have arisen from the publication of three recent articles on Ella Cyclingtips about our most recent selection camp. Needless to say I jumped at the opportunity when offered to add my account to the debate and am very thankful for the column space.

Selection camps are an old concept, in sport or otherwise, yet our brand of camp has attracted a lot of attention, mainly due to the fact we are perceived as using extreme methodology. I do not intend to give you a blow-by-blow account of what is done, but rather an insight into how and why we do it the way we do.

In 2010, the Special Air Service Regiment (SASR) sent one of their Physical Training officers to the Australian Institute of Sport (AIS) in Canberra with the view of picking new ideas for the preparation of their operators. David Martin, sports science coordinator for Cycling Australia, had meetings with the officer and soon after called me to pitch an idea that arose from these discussions.

At the time, David was interested in building improved performance environments for athletes. I had my own considerations about increasing the efficiency of the transition of our athletes selected domestically into international competition, as the process was proving increasingly difficult and costly. Finally, both Dave and I had issues with the number of newcomers we took to Europe every year only to bring them back severely injured by crashes due to poor skills and inadequate preparation.

In his conversations with the SASR officer, Dave found out that they, like all other military special forces in the world, have very specific and carefully studied methodology for selecting troopers. His point to me was to learn from this methodology and look at making our selection of riders more specific to our needs in Europe. This was in contrast to what was then our model – the “pick a big engine and see how she goes” approach.

I was in for the ride!

We met with many more special forces soldiers who were very helpful in detailing the “how and why” of their selections and suggested applications to our sport’s needs. We also looked into the sport literature and realized that this was an application of selection that was novel in the world of sport.

Our main findings (and guiding principles for selection) were:

In her recent article, Chloe Hosking said that selection camp is not for everyone and is not the only path to a cycling career. She is absolutely right! One chooses to come to selection camp because she believes that this presents the best path for her and/or she relishes the challenge. And interestingly, we always present to our candidates the example of Chloe’s path as a possible alternative. Other important points we make to the candidates are that we are looking for racers, not riders, that missing on selection only means that they are not ready yet, and if they are prepared for and willing to re-apply, they will be considered again.

Our challenges are relevant to the tasks to be performed in racing. Riders will be evaluated for their physiological capacities in the lab and on road, basic bike skills, racing skills, tactical and strategic knowledge, mechanical skills, mindset, leadership, decision making, team work, emotional and physical resilience and ability to learn. Most challenges touch more than one of those qualities and all activities are assessed using a “traffic light” system.

A yellow light means you are competent at one quality whilst a red means you fail for this test and a green means you are very competent in this area. For those qualities that can be measured precisely we look at results that statistically fall outside of two standard deviations from the average to assign a red or green light. In other cases we rate them against measured international standards of performance.

Much has been made of our use of numbers to refer to the riders. This has two purposes. Firstly, we debrief the candidates’ group everyday on their activities, the decisions they made and to review exercises and outcomes. We want the feedback (from riders and staff alike) to be honest, factual and realistic but we know that most people struggle with this as they attempt to manage their personal feelings towards one another, which is unhelpful for learning. The use of numbers (an idea borrowed from the fighter squadrons of the RAAF, which uses code names) is there to facilitate the process of being honest, factual and realistic.

Secondly, the entire camp is run in “silent running” mode: no positive or negative feedback is provided during activities or debriefs. Debriefs are structured so that the candidates themselves assess successes, failures and changes. This is done so we can assess personal drive and resilience. It is one thing to do a step test by yourself with five staff encouraging you to go harder, but it is another to do this test next to four other candidates doing the same thing, with no other encouragement than your own. Or to be in your apartment in Europe after a really bad day and have no one to talk to as the time zone in Australia means your normal support network is fast asleep.

In this day and age of instant communication and feedback, our candidates tell us that silent running is the most difficult camp aspect to manage. The use of numbers separates camp from “normal life” as it is clearly not a normal activity. The resumption of using people’s names signals not only the end of the camp for any candidates, but allows all to return to normal communication and the process on providing observations and comments.

One comment made to us by the Special Forces personnel was that they know that selection camp is the ideal time to instruct or educate their candidates, but they have 50 or 60 years of tradition that prevents that from happening. We do not have this problem and therefore are able to include education and training aspects like strategy, tactics, crash proofing, bike skills and mechanical work. Mostly, we want those in attendance to learn about themselves. Our exiting candidates often tell us that they leave having done things they did not think they were capable of doing before.

Upon departing camp (once silent running is finished), every candidate participates in an exit interview, where observations and advice on their performance is provided. Following their return home, all candidates receive the full complement of their testing data, which includes lab testing, road testing, anthropometry and DEXA scans, sleep, activity and energy expenditure data, as well as a coaching report pertaining to their physiology, skills and mindset.

Much has also been made of our consideration (or perceived lack of) for domestic racing results. We use these (mostly NRS results) for screening of the successful applicants into the camp. This year, we had 50 applicants and took 18 to camp. These results also act as a further discriminant when we look at promoting equally rated candidates from one phase of the camp to the next. But selecting racers solely on their domestic racing results or lab testing results would lead us back to where we were before we introduced selection camp and I am simply not prepared to go there again.

I have read a lot about what selection camp might mean for the status of women’s racing here and elsewhere. Selection camp was brought about due to the international standard of women’s racing improving rapidly and creating a large step up from domestic (Australian) racing. The opportunity provided is to join one of the better structured and supported women’s team (the Australian National Team) in the paddock. We aim to be an agent for change in women’s racing, not perpetuate the status quo.

A lot of you would have seen the trailer (featured above) to the documentary that has been filmed on this year’s camp. Can I satisfy everyone that there is no reality TV show in the works? The documentary is clearly there to generate media and public interest, with two objectives in mind:

This latter point is really important. By the numbers, Australian cycling is a sport of old men. A young woman looking at joining a sport will firstly be attracted by watching something she can associate with or want to be. Women’s cycling is nearly impossible find in the media. So we are missing out at the very entry point in the sport, let alone the general lack of female-specific opportunity at the club level and local racing. Cycling is just now realizing that we cannot blame women at large for not liking our sport the way it is: it is simply not attractive to many of them. Our documentary and camp are small contribution to change this.

Voila! I hope this article helps to clarify what it is we do but suspect it will raise a lot of new questions! I welcome it all.