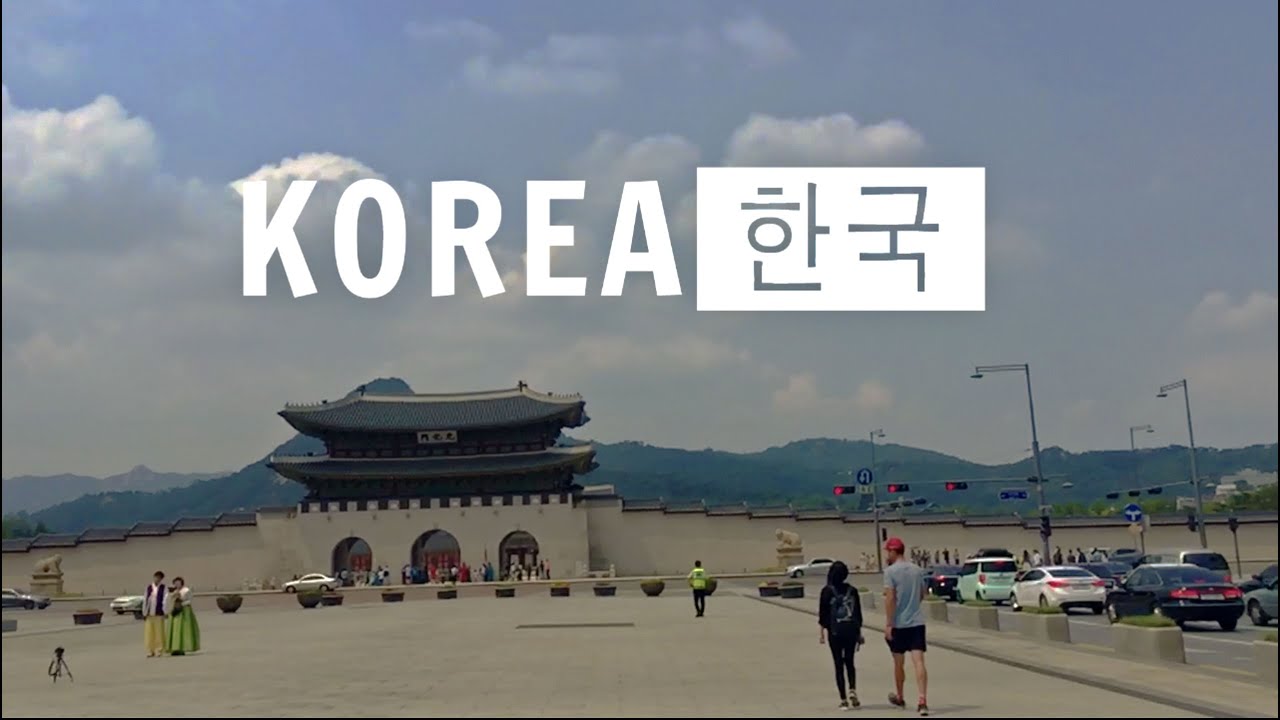 For the past few months, Drapac Professional Cycling’s Adam Phelan has been putting together great little videos from his time spent travelling and racing around the world. In his latest video, Adam shares his non-racing experience from the Tour de Korea, including the ups-and-downs of life on the road. Enjoy.

We arrived in Busan, Korea on a Thursday. It was, as it always is in these situations, an anticlimax. We had made it to the hotel. Checked in. Our bags were in our rooms. The build-up of travel had reached its underwhelming peak. We’d beaten the endless series of lines, the continuous rounds of waiting, and more waiting, and reached our final destination.

Now I was in a hotel room flicking through the channels of a small TV — Korean, Korean, Music, Korean … English! My feet were perpendicular to my body, resting on the wall of the hotel as if I was in the middle of a yoga pose. The view outside was a thick wall of crashing rain and wind, so thick I could have been in a washing machine. The possibility of going for a ride: absolutely nil. Click. Another channel. More Korean.

When you travel to race it can feel like you are ‘missing out’ on seeing the very country you came to race in. You don’t have the luxury of free time. You’re not there to see the place – you’re there to work: to race, to recover, to race again, and to win.

You see hotel rooms, roads, that wheel of the rider in front of you, the massage table, the food halls and the elevators. It’s the same picture ‘recycled’ day after day. That’s the irony. Go somewhere new, to see the same thing again and again.

I have been to Rome twice, yet have never seen the Colosseum. In Turkey, we finished a stage at the famous natural salt baths we’d all seen plastered across Instagram. Most of us had just ridden past. We were stuffed. We just wanted to get back to our hotel rooms. Countless times I have been asked by people: did you see that castle/temple/wall you rode past? No. Which castle? Which temple?

We can miss out. But is the reality that bleak? Doesn’t the combination — travelling while racing — in fact, have a unique value, a value that other ‘tour’-ists cannot experience – both good and bad?

I was thinking about this the next morning when I found myself sitting in my room in a ‘Love Hotel’ in the centre of Korea. The town was small. Dirty. Narrow streets lit with neon lights. The air in my room stale and thick. On one of the walls there was a painting of a woman and man kissing. The caption read: “This love is sweet.”

This, I thought, was not your usual travel experience. Whether I liked it or not, as a rider, I got to see a Korea, or a Japan, a Taiwan, that tourists never get to see. Yeah, I felt dirty; showering hadn’t helped. There were permanently wet towels hanging in the cold evacuation stairwell outside my room. The cleaners smoked nearby. This was a world away from the start in Busan.

There, our hotel had been covered in marble and shiny glass. Busan was big, noisy and alive. There was money there. The cars were immaculate and expensive, the type you might see in Monaco. They had ebbed and flowed through the traffic, like specs of light glistening in a flowing river. Beaches traced the contours of the city, the skyscrapers stood like steep cliffs along the coastline.

But once the tour began we moved inland. The scenery changed, as did the hotels. Mostly they were big and grand. One night, we stayed at a taekwondo training facility tucked away in a national park. The landscape a deep saturated green. Eagles circling above. In the morning, before we set out, black-belted martial artists flipped and kicked and screamed in a mesmerising show of skill and strength.

It’s this that I like about this racing life. A bike racer sees everything in these flashes and glimpses, in small moments between racing and resting.

During an easy part of a stage, I remember looking up – we were riding on a long bridge wedged between two mountains that descended sharply into a valley below, low clouds wrapped loosely around their peaks – to see three people sitting around a fire on the edge of a river stream. I saw one of them get up, and start to dance! It was only a fraction of a second, and then it was back to the road and the race. But I can still see the man rising to his feet …

Another flash: I’m looking out my hotel window. I hear this roaring noise, kind of a long, deep screech. A fighter jet swoops down out of nowhere towards the ground, like an eagle about to attack its prey. I’m now looking down on its back, at the twin vapour trails streaming from its wingtips. It levels out briefly before disappearing beneath a blanket of cloud.

Another roar. Two more fighter jets swoop down. Jesus, I think to myself, what if they’re North Korean? It’s a stupid, irrational thought, laughable really. But what if it were true?

I could see the finish line of that day’s stage from my room. Only hours before my teammate Wouter Wippet had crossed that line, arms in the air, for Drapac’s second victory in the tour. But we had no real idea of where we were. The racing world is so far removed from the context of our location. Our concerns usually only deal with the race route: the hills, the sprints, and the distance of the stage. We think of the hotels and the food. We simply race and then move on.

But here, in my hotel room, those fighter jets swoop down again out my memory, disappear; a man in a river valley gets up to dance – and I realise that as racers, we see life, a country, through a racer’s stilted lens, and it is this that makes our experience something truly unique, something, that at times, is closer to reality than that that anyone else gets to see.

We may not travel as travel is usually intended, but the rewards are still there – in these glimpses, these flashes – flashes that stay with you forever. And if you do make the effort, if you look up from the road now then, there is always something there to see. This is racing.