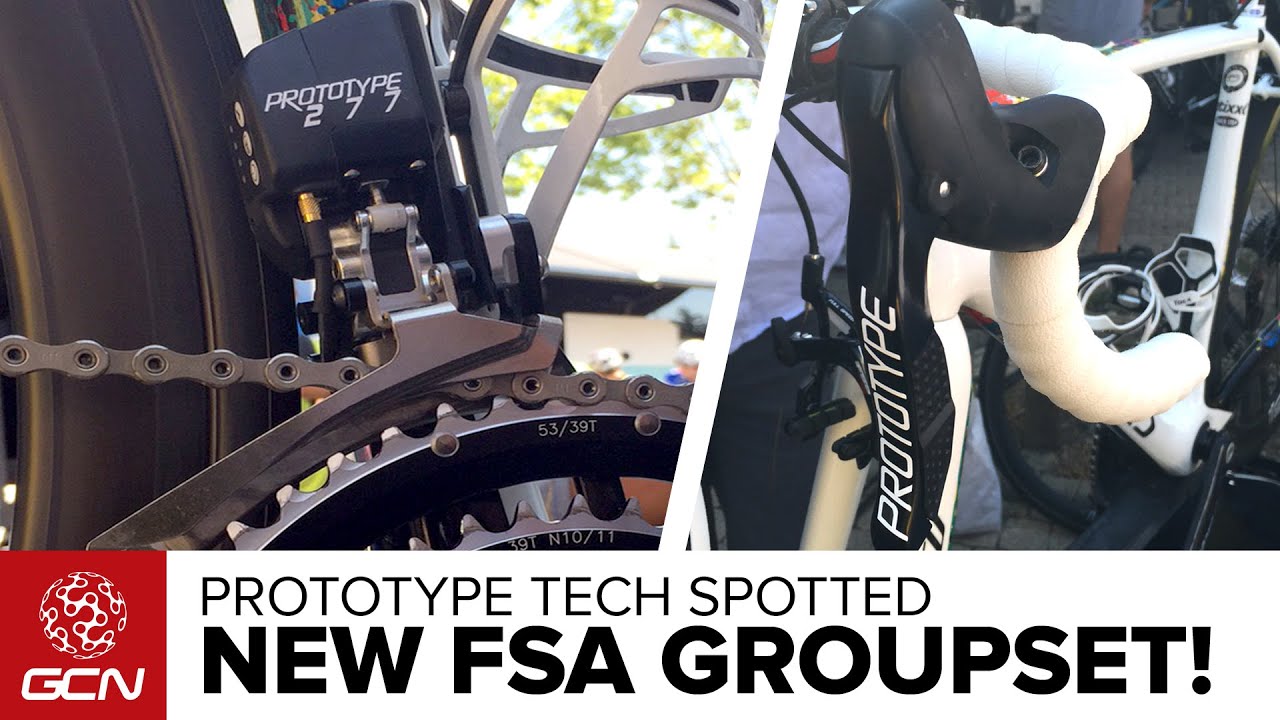 It’s been known that FSA has been developing an electronic groupset for a year now, since we spotted it at the 2014 Tour de France, and as expected it’s finally been shown to the public at the Tour de France. GCN takes a closer look at the prototype on one of Michal Kwiatkowski’s bikes in this video.

What we know so far: