Pinot held off a fast-finishing Nairo Quintana (Movistar) to win the stage by 18 seconds having attacked from the second group on the road in the first half of the famous climb.

“Usually I follow the favourites and I attack in the mountains but since I had some bad time in the Pyrenees I became an attacker myself,” Pinot said after the stage. “My goal was to reach Paris with no regrets and now the goal is reached. It was worth waiting until this last stage in the mountains.”

Overall leader Chris Froome (Sky) was distanced by Quintana on the final climb and lost 1:20 to the Colombian by the finish line, but with a buffer of more than two-and-a-half-minutes before the stage, Froome retained the maillot jaune by more than a minute.

The Kenyan-born Briton will ride into Paris on tomorrow’s final stage to win his second Tour de France.

“What can I say? It’s an amazing, amazing feeling to still be here in the yellow jersey this evening,” Froome said after stage 20. “Of course we’ve got to get to Paris tomorrow without any issues but from the racing side of things that’s all done now.

“We’ve faced all the challenges; nearly three weeks of racing. Obviously I owe a massive, massive thank-you to all my teammates.”

Stage winner Thibaut Pinot had been part of a chase group that escaped from the peloton on the descent off the day’s first climb — the Col de la Croix de Fer — setting off in pursuit of four riders up the road.

Pinot’s group — which included Ryder Hesjedal (Cannondale-Garmin) — made contact with the group ahead with 20km to go, while Pinot’s teammate, Alexander Geniez, was solo up the road, having attacked from the leading group.

On the day’s final climb to Alpe d’Huez Pinot and Hesjedal had dropped the rest of the chase group and were within 30 seconds of Geniez. Pinot attacked Hesjedal before reaching Geniez alone with 8.8km to go.

Hesjedal soon bridged across before Pinot attacked again on the famously rowdy Dutch Corner with 6.3km to go.

“It was impressive; it was almost dangerous,” Pinot said. “I dropped Ryder Hesjedal off in the Dutch Corner. At that time I was really pushed by the crowd and it helped me and that was an impressive feeling.”

Pinot rode away to a solo victory, becoming the third Frenchman in a row to win on Alpe d’Huez after Christophe Riblon in 2013 and Pierre Rolland in 2011.

The long-awaited penultimate stage of the 2015 Tour de France was just 110.5km long, taking the riders from Modane to the race’s final summit finish at Alpe d’Huez.

Within 20km the four leaders had build a lead of four minutes and by the time they started the first of two climbs — the Col de la Crouix after 27km — they were 6:40 ahead of the peloton.

By the time the four leaders were 12km from the summit of the Col de la Croix de Fer — with 66km to go — all riders between the lead group and the peloton had been caught. The gap at that stage was 5:20.

Alexandre Geniez attacked from the lead group with 6km remaining in the climb while back in the yellow jersey group, a high tempo from Astana was shelling many riders.

Alejandro Valverde (Movistar) soon attacked, getting a decent gap over the likes of Froome and Nibali. An attack from Valverde’s teammate Nairo Quintana would soon follow, reducing the yellow jersey group to just Froome, Vincenzo Nibali, Quintana and Valverde.

Geniez crested the climb alone, beginning the long descent into the valley below. When the yellow jersey group began that descent there was a regrouping as the likes of Alberto Contador (Tinkoff-Saxo) were able to make contact with the peloton. A short time later, a group containing eventual stage winner Thibaut Pinot, Winner Anacona, Ruben Plaza and Ryder Hesjedal went clear on the descent. They were soon joined by Pierre Rolland (Europcar) and Jose Serpa (Lampre-Merida).

By the time the road started to flatten out, with a little less than 30km to race, Geniez had roughly 1:40 over a chase group containing his former breakmates Bak and Edet. Pinot, Rolland, Plaza, Serpa, Hesjedal, Anacona and Navardauskas were 3:10 behind Geniez while the yellow jersey group, being led by five Team Sky riders, was four minutes behind the lone leader.

Bak and Edet were caught by the Pinot/Hesjedal group with 20km to go, forming a nine-rider chase group on the road behind Geniez as the climb to Alpe d’Huez loomed.

Geniez’s lead would continue to be eroded as the 13.8km climb began, with both the chase group and yellow jersey group closing in. In the opening kilometres of the climb stage 19 winner Vincenzo Nibali had a mechanical issue and while he had three teammates to help pace him back to the yellow jersey group, aggression in that group would soon ensure Nibali wasn’t able to make contact for the remainder of the stage.

Nairo Quintana attacked from the GC leaders’ group at the bottom of the climb, his move being quickly nullified by Richie Porte (Sky). Up the road, Ryder Hesjedal attacked from the chase group twice, eventually getting clear.

Some 500m after his first attack Quintana tried again, and again he was closed down by Team Sky, this time courtesy of Wout Poels. At this stage only Poels, Porte, Froome, Valverde, Quintana and Contador remained in the yellow jersey group.

With 10km to go Hesjedal and Pinot had joined forces, 30 seconds behind a fading Geniez. The thinned yellow jersey group was a further 1:50 behind.

An attack from third-overall Valverde wasn’t marked by Sky, but when his teammate Quintana attacked again, Sky did react. But Quintana had already started to build a noticeable lead.

With 9km to go Pinot attacked Hesjedal and a few hundred metres later the FDJ rider was united with his teammate Geniez at the head of the race. Hesjedal would soon battle his way across.

Geniez was finally dropped with 7.9km to go as Quintana left Valverde behind before getting support from Anacona, who had dropped back from the earlier break.

With 7.5km to the finish Quintana was 1:12 behind Pinot and Hesjedal, his lead over Froome nudging 30 seconds.

After an attack from Hesjedal was nullified, Pinot attacked the Canadian on Dutch Corner with 6.3km to go, riding through the thick crowd. When the Froome group passed through the same point, the Sky leader appeared to struggle to hold the wheels of his teammates Poels and Porte.

Froome was left with just Porte for support a few kilometres later as Quintana accelerated away from Anacona, seeking more time on Froome. Quintana was 45 seconds behind Pinot with 3.9km to race and a short time later he would extend his lead over Froome to a minute.

Quintana passed Hesjedal with 2.5km to go and when Pinot started the final kilometre he had 22 seconds between him and the fast-closing Quintana. But the Frenchman had done enough, winning the stage 18 seconds clear of Quintana. Hesjedal would roll in third, 41 second down on Pinot.

A strong tempo from Richie Porte ensured Froome wouldn’t lose too much time, the 2013 Tour de France winner crossing the line in fifth (just behind Valverde), 1:20 behind Quintana. In doing so, Froome secured his overall lead in the race and will be crowned victor of the 2015 Tour de France at the end of tomorrow’s final stage.

Stage 21 of the 2015 Tour de France is 109.5km long and takes the riders from Sevres to the Champ-Elysees in Paris. The opening kilometres of the stage are likely to be a victory procession before the pace rises in the 10 laps of the cobbled closing circuit to determine the final stage winner of the race.

Peter Sagan (Tinkoff-Saxo) will win the points classification for a fourth time while Romain Bardet (Ag2r-La Mondiale) will wear the polka-dot KOM jersey to Paris despite being third on the classification behind Froome and Nairo Quintana.

Quintana will wear the white jersey of best young rider — a classification he leads by nearly 15 minutes — and Movistar will win the teams classification. 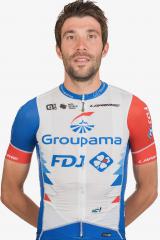