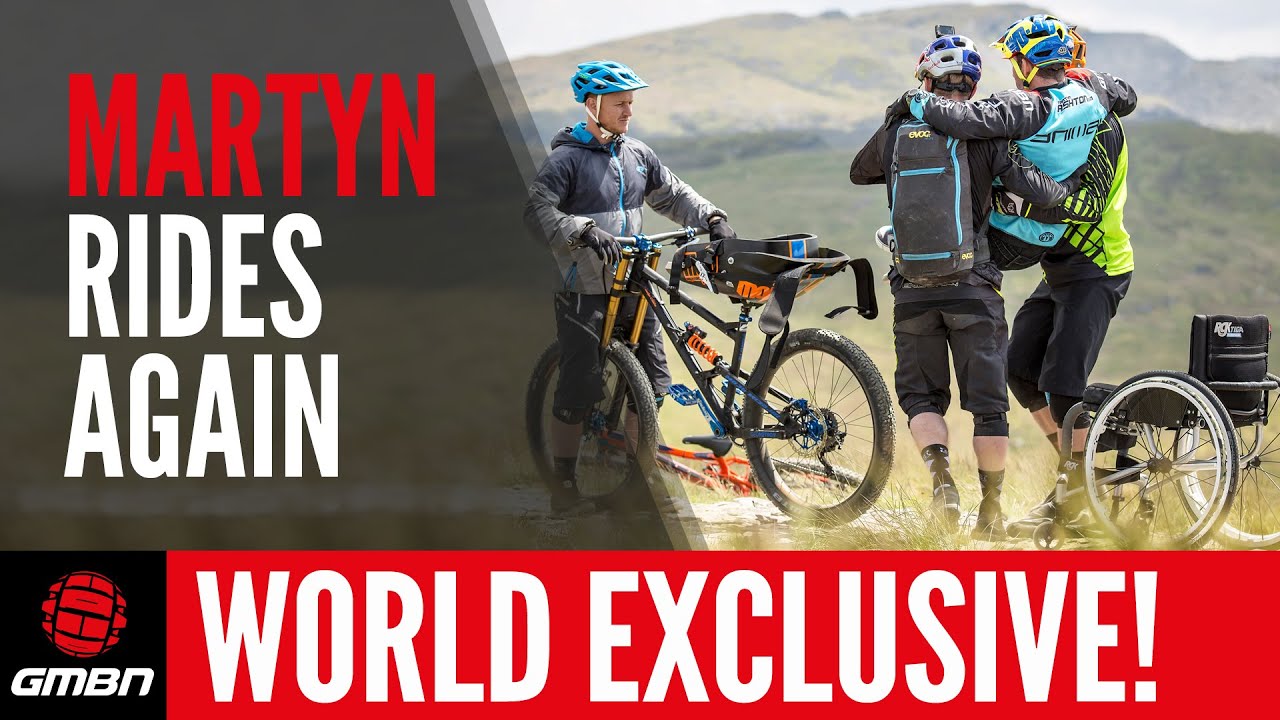 Want to be inspired? Look no further…

For a rider who was left paralysed in an accident seventeen months ago, Martyn Ashton has a remarkable spirit. Spend even a few minutes talking to him and it is obvious that he has retained a very positive approach. Humorous, maintaining hope and ambition and speaking with a zest for life that would motivate many, the 40 year old is determined to keep moving forward.

We interviewed Martyn Ashton a few months back and he told us that he was going to be back on a bike within the year. It’s hard to believe given his catastrophic spinal injuries after his crash at Silverstone’s Moto GP on September 1 2013, where he fell off a three metre high bar and fractured his spine.

“I still dream about riding,” he told CyclingTips. “Literally. I wake up smiling about it.

“If I just close my eyes and think about being on a bike, I can feel exactly the same about it as I did before. When I see someone else doing it, I can still get a buzz off watching a great bit of riding.

“I am still as excited about it as ever.”

“My ambition is that I will ride. Lots of people think, ‘wouldn’t it be great if you walk again?’ I am like, ‘yeah, it would be great, but I am going to ride again. That is what I am aiming for.’”

Only a few months later after speaking with Ashton in a wheelchair, this video shows him mountain biking with skills and style beyond what most of us pull off. Check it out…