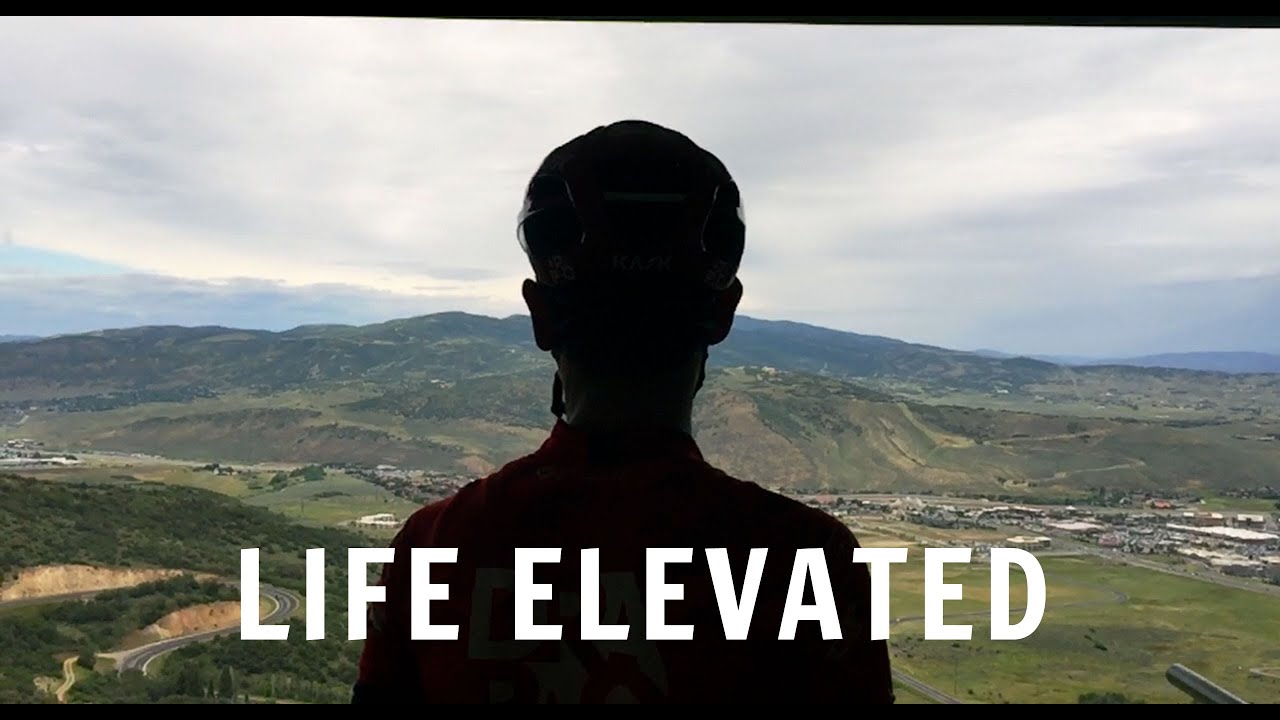 For the past few months, Drapac Professional Cycling’s Adam Phelan has been putting together great little videos from his time spent travelling and racing around the world. In his latest video, Adam shares his experience from the recent Tour of Utah.

The road ahead of me dropped as I tucked my body down to rest on the top of my bike frame. I felt gravity catch and then push me, like the moment just after you jump off the edge of a diving board. The thrill of the speed instantly cut at my breath.

The world ahead began to blur as my speed increased. The road was dead straight and dead quiet. My head got lower towards my handlebars as I pushed my legs inwards on my bike. Faster. Faster.

On the other side of the road, a few Trek Factory Racing riders rode up the climb. They waved. “Shit, I don’t want to be rude”, I remember thinking as I barrelled down the road, my body resting on my toptube and my head tucked down on my handlebars.

Holding my tucked position, I outstretched my left arm. I waved, or attempted to. I can’t be sure they saw because in less than a second they were far, far behind me — I had hit the fastest part of the descent. I quickly snatched my arm back in, gripping hard on my handlebars. “That probably wasn’t the best idea” — the thought finally arrived, perhaps a little too late.

A corner and an intersection appeared a few hundred metres up the road, seemingly out of nowhere. I eased on my brakes, lightly first, and then a bit harder until a slight squeal pierced the air alongside me as I drifted down the mountain.

By the time I reached the intersection the smell of my burning brakes choked the air. There was traffic now, a long row of cars built up to my right.

I stopped, clipped my foot out. I glanced down at my Garmin. Max Speed: 120km/h. I had to double-take. 120km/h. It stared up at me from the screen. Holy shit, I was waving at people while I was in an aero tuck riding at 120km/h. I felt like slapping myself in the face.

The night before the final stage of the Tour of Utah, my Drapac teammate Lachlan Norris said he was going to attack. It was the team’s final and (probably) best chance for a stage win, and Lachy had been riding strong in the GC all week.

“I think I’ll go right before the crest. Try and get a gap on the descent,” he had said. “I know the road, I think I can get away.”

He had come ninth in the stage last year; he knew he was a good shot. In the weeks leading up to the race we had been staying on the same mountain those final kilometres traversed – we had done the winding and fast road countless times. I heard that some maniac had even waved while speeding down it.

On the summit of Empire Pass the crowds screamed and ran. They threw water, chanted and clapped. Men in odd multicoloured costumes jumped up and down in a crazed yet joyful tantrum, cheering the riders as they entered the final kilometres of the Tour of Utah. One more descent awaited the lead group. There were not many riders left.

The violently steep ascent of Empire had fractured and then exploded the peloton. Less than ten riders made the top together. One of them was Lachlan Norris.

The descent was about to start. Lachie launched his third attack. Brent Brookwater followed, and others tried. But the descent was fast approaching, and Lachie had a plan.

As the descent snaked along the mountain a gap opened up. Lach and Brent were ahead. This was their chance. Midway along the descent the road pinched upwards, although only a couple of hundred metres — it was the perfect launch pad for an attack. From behind Brent hit Lach. He had his gap, he could taste the victory.

“I tried not to panic,” Lachie told us later that day as we watched the stage back on television. “I knew it could be better to come from further back in the second part of the descent.”

We looked back at the screen. Brent had a solid lead, his attack had worked. As the road quickly descended again he began to pedal and then tuck. Then he pedalled and tucked again. But Lachie knew the road — he knew it was faster to tuck down on the toptube the entire stretch of road.

There were no corners, just a straight road and a sharp drop, much like the ski jump only a few kilometres further down the road. We had raced it too as a group only one week prior.

With two kilometres to go, the camera panned away from Brent. Watching, we could feel the anticipation from the screaming fans at the finish line. Lachie got back on, he was low on his bike as he slid up behind Brookwater’s wheel.

The final sprint was exhilarating. Fans screamed. Brookwater hit out from the corner – in every edition the winner has been in that position. The road rose slightly at the finish. Lachie opened up his sprint. On the right, he nudged past Brookwater to cross the line with a fist in the air.

We had been celebrating the result for hours, but still we cheered and screamed as loud as that crowd as we watched it replayed on our television screen. Lachlan Norris had won Drapac’s first US professional race. He deserved it. He had the legs for the win, but more importantly he had the plan for it too.

When I looked down at my Garmin two weeks earlier and saw 120km/h on my bike computer, I thought I was reckless. Now, I don’t think so. Going down that descent, countless times, and learning what speeds to go, where to tuck and were to conserve, was all so valuable. For Lachie especially, knowing the road ahead was just another advantage. An advantage that may have just helped him take his first victory for the 2015 season.

Next time he might even have time to wave.