BMC Racing Team rider Alessandro de Marchi gave his team a boost on the day that Samuel Sanchez was forced to retire from the Vuelta due to a foot infection, with the Italian hitting the line first atop the Fuente del Chivo.

He proved best on a mist-enveloped final climb, emerging from the cloud to solo in 21 seconds clear of Sky’s Salvatore Puccio.

Further down the hill the general classification battle raged. Race leader Fabio Aru initially appeared the strongest, racing clear after his Astana team drove a high pace, but he was then joined by Nairo Quintana (Movistar).

The latter has been ill but is clearly improving; other general classification riders got back up to them, but Quintana had the strength to surge again near the finish and net sixth, three minutes 32 behind the winner.

Joaquin Rodriguez (Team Katusha) was six seconds further back, while former leader Esteban Chaves (Orica-GreenEdge) and Aru were an additional one second adrift.

Tinkoff-Saxo’s Rafal Majka was 12 seconds behind Quintana in tenth place.

Tom Dumoulin (Giant-Alpecin), who started the day third overall, held that position but gave up 26 seconds to Quintana and 19 to Aru. Ditto for Alejandro Valverde (Movistar) and Dani Moreno (Katusha).

“I never thought I’d be able to take a stage on this year’s race. I’m getting better after a difficult start to the season but I’m not sure I was the strongest today,” De Marchi admitted to Eurosport.

“It was really difficult to get into the break and then the final climb was very tough. Cherel went a couple of times and I had to wait until I could use my strengths and strike the right blow. In the end all the waiting paid off.”

Aru continues to lead overall. Rodriguez is now at 26 seconds, Dumoulin at 49 and Chaves at one minute 29.

Quintana, who appears to have turned his illness around, is three minutes back but if he can keep his upwards momentum going he can still win the race.

The second half of the stage featured the category three Puerto de Estacas de Trueba (km. 118), the category one Puerto del Escud – Provincia de Burgos (km 158.5) and the hors category Alto Campo. Fuente del Chivo, a 18 kilometre climb up to the line.

De Marchi was aggressive from the start and worked himself into the day’s break, which went clear 59 kilometres after the drop of the flag.

The break reached the summit of the day’s first categorised climb, the category three Estaca de Trueba, with a lead of five minutes. This extended to ten by the foot of the category one Puerto del Escudo. Cherel was first to the summit of each of those. Quintero then took the intermediate sprint near the base of the last climb.

The quintet’s advantage was still over nine minutes at that point and it was clear that they would stay away to contest the win. Aru’s Astana team was taking command of the bunch but, rather than believing a stage victory was possible, was simply riding hard to set him up for an attack.

With 2.5 kilometres remaining the break was still together and heading towards the steep roads near the line. Cherel then jumped and got a gap, but de Marchi rode hard to get him back.

Slightly inside the final two kilometres Rojas attacked and was joined by Puccio. Cherel tried to get back up to them but had nothing left. De Marchi then attacked and went after the leaders, passing first Rojas and then Puccio and pushing out front alone.

Behind, Mikel Landa was ramping up the pace for Aru. The red jersey attacked; Dumoulin was on his wheel, but didn’t try to follow, realising his legs didn’t have it.

Majka and Quintana were able to get up to Aru and the three moved away from the other contenders. Aru accelerated again and Majka slipped back, but Quintana appeared unruffled.

Out front de Marchi pushed on alone and cleaved through the mist to reach the line and a fine stage win. Further down the slips Aru did what he could to try to drop Quintana, but was unable to do so.

Majka was then able to bridge across and got back up to Aru, as did Esteban Chaves (Orica-GreenEdge), Domenico Pozzovivo (Ag2r La Mondiale) and Rodriguez.

Quintana attacked hard and gapped Aru, going clear. Rodriguez was able to return once more and Aru soon did likewise. Quintana wasn’t finished and accelerated yet again, breaking the others and racing in for sixth.

Although his time gains were minimal and he is three minutes off the lead, the other riders will be very aware of the danger he poses. Providing he can keep moving forward he will likely hack away at his deficit and could yet challenge for red.

Stage 15 of the Vuelta a España begins in Comillas and concludes 175.8 kilometres later atop the Sotres Cabrales climb. It is flat to rolling early on but then things get tougher in the second half with the category two climb of the Alto del Torno (km. 115.1) and the concluding category one Sotres. 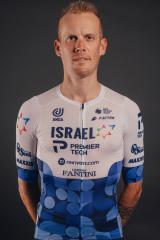