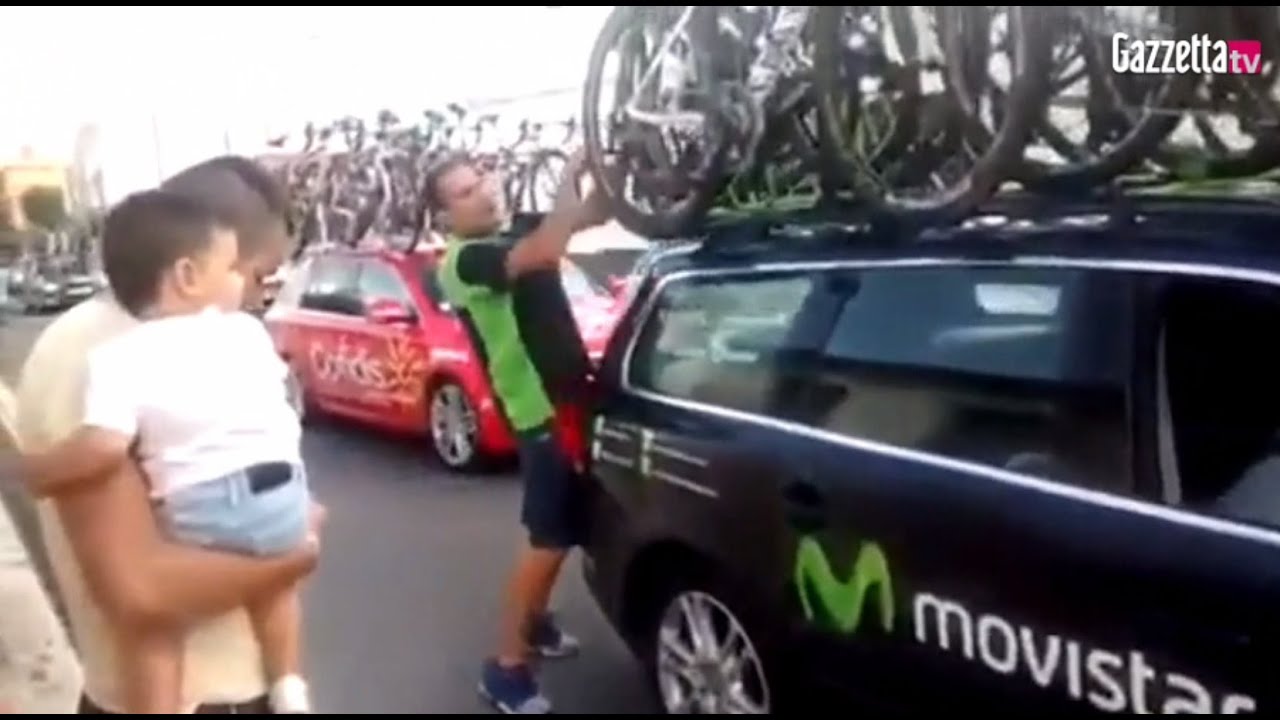 “Hide the bike!” Attempt at hiding motorised bike at the Vuelta a España? Or a more plausible explanation…

Hidden motors have been the hot topic of debate for the past year and social media lit up with conspiracy theories after La Gazzetta showed footage from the ninth stage of the Vuelta a Espana, just before Cumbre del Sol with inclines of 19%, where a panicked Movistar mechanic drops off a spare bike to a roadside soigneur saying “Hide the bike – Hide it so no one see it, nobody is coming”. La Gazetta reported, “Vuelta, bikes and scooters? What was there to hide in this bicycle mechanic of Movistar.”

According to our translation, the Spanish conversation between Movistar’s mechanic and soigneur goes like this:

Away from the conspiracy theories, there’s a more valid reason for discarding the bike and wanting to hide it. According to the screen capture below, the seattube appears to be broken at the seatpost and hiding the bike could be an attempt to keep the team’s bike sponsor, Canyon, away from a potential PR controversy.

Broken bikes are a fact of racing, however, as we saw with Contador’s broken Specialized at the 2014 Tour de France, no matter what the cause it’s not desirable for bike manufacturers to have attention drawn to any of their broken frames.

The UCI is checking for motors on bikes at the Vuelta a España. As José Been pointed out on Twitter, the bikes of Tom Dumoulin (Giant-Alpecin), Joaquim Rodriguez (Katusha), Fabio Aru (Astana), Rafal Majka (Tinkoff-Saxo) and Movistar’s Nairo Quintana were checked for motors on stage 14.

We’ll update this story as details become available and reach out to Movistar for clarification.