The 2011 Tour de France podium finisher Frank Schleck took his biggest win in six years when he soloed to an impressive victory on the 16th stage of the Vuelta a España.

The Trek Factory Racing rider continued a recent strong run by his team, hitting the line one minute ten seconds clear of breakaway companion Rodolfo Torres (Colombia) and one minute 48 up on Moreno Moser (Cannondale-Garmin).

Schleck’s victory was the third Grand Tour stage of his career and came 45 years after his father Johny won a Vuelta stage in 1970.

“I came here with intentions of a nice classification,” he said in the post-race TV interview. “I was involved in a couple of crashes. Then of course we had to change the team tactics. I was going to play for some stages as with the crashes I had lost too much time.

“The team put a lot of pressure on me as we saw Haimar yesterday and Markel going in breakaways. I was like, alright, it has to be my turn today.

“I really had the plan to go, we talked about this stage. There were a lot of repetitions of the climbing [due to the seven classified ascents – ed.]. It is is good for me as with less kilos, you use less watts per kilo on the climbs. It was a good day for me.”

“Of course I was very nervous. He was tough, I didn’t know him so good. I knew the other guys pretty much.The little uncertain point was Torres, we didn’t know what he could do. It was tough to win this stage with all the work and all the injuries, but it was worth it.”

Behind him, the general classification battle raged in the final kilometres. Race leader Fabio Aru (Astana) had started the day just one second ahead of the previous day’s winner Joaquim Rodriguez (Katusha) and knew that with the steep finish he was likely to come under attack.

That’s how things turned out, with Rodriguez accelerating clear with 700 metres to go. He immediately gapped Aru and while the Italian appeared to close the gap somewhat inside the final 200 metres, he came up two seconds short.

The rider who had started the day third overall, Rafal Majka (Tinkoff-Saxo) finished a further ten seconds behind, just ahead of Nairo Quintana (Movistar).

Mikel Nieve (Sky) conceded 16 seconds to Rodriguez while Tom Dumoulin (Giant-Alpecin) put in a determined ride ahead of Wednesday’s time trial, limiting his losses to 27 seconds. In contrast Alejandro Valverde (Movistar) cracked and finished one minute 34 seconds behind.

“It was difficult,” said Aru. “I tried my best on the last climb and many things happened. Of course soon we will have a very important time trial. One second is neither here nor there.

“To be honest, in the last kilometres I was just following Purito [Rodriguez]. He was going very, very fast. We tried to control him but we were not able to match him today.”

He ends the day one second back. Majka is now at one minute 35, while Dumoulin is at one minute 51 seconds and is surely in range to retake the lead in Wednesday’s time trial

Mikel Nieve (Sky), Esteban Chaves (Orica-GreenEdge), Dani Moreno (Katusha), Nairo Quintana and Alejandro Valverde (Movistar) are all between two and a half and four minutes back. They are not completely out of the frame, but clearly need to step things up dramatically in the days ahead.

As for Rodriguez, he is in the driving seat but is aware that he has been in a similar position before and then lost out in the race’s time trials.

“It was such a tough stage,” he said. “The gap is modest, the last two climbs were so very, very difficult.

“I was thinking and even praying that I could do my best. It was difficult to set a rhythm, it was very difficult up there and difficult to know how everyone else was going.”

He went well, but it remains to be seen if it was well enough. Wednesday’s race against the clock will be a huge test and it is hard to see him recouping any serious losses in the stages after that.

How things played out:

What was regarded by the Vuelta organisers as the Queen stage of this year’s race began in Luarca and covered 185 kilometres en route to the Ermita de Alba Quiros.

They were joined by Moreno Moser (Cannondale-Garmin), Cyril Lemoine (Cofidis), Lawrence Warbasse (IAM Cycling) and George Bennett (LottoNL-Jumbo). Together the nine built a massive lead of 21 minutes, with Fraile using the opportunity to further bolster his King of the Mountains lead.

He took maximum points on the first five climbs, although Schleck was first to the top of the sixth, the Alto de la Cobertoria. He and Torres had pushed ahead of the others on the climb, making their play for the stage win.

Behind, the chasing bunch was being whittled down all the time. The early pace-setting by Katusha, an injection of speed by Tinkoff-Saxo on the Alto del Cordal and later driving by the Astana team hacked down the numbers.

Heading onto the final climb this group was approximately two dozen riders, and the erosion was certain to continue.

Schleck did much of the work on the final climb. He was chasing his first win since returning from a ban for Xipamide in July 2013, and burned off Torres inside the final three kilometres.

With 2.6 kilometres remaining Schleck was a clear 10.14 seconds ahead of the peloton. Victory was assured, but he kept pushing hard.

Behind, Tinkoff-Saxo’s Pawel Poljanski continued at the front of the bunch with Astana close by. The latter squad then took over and kept the pressure on, trying to dissuade attacks. Aru was sitting at the back of the group, however, raising questions about how good he was really feeling.

Schleck was still almost ten minutes ahead as the peloton went under the three kilometre to go banner. He had plenty of time to celebrate his victory, but still had to keep the pressure on the pedals as the gradient was so steep.

He then zipped up his jersey and crossed the line with his right arm aloft.

Back with the GC contenders, Valverde exploded and slipped out the back of the group. Esteban Chaves (Orica-GreenEdge) was also under pressure and lost contact with 2.5 kilometres left. Likewise, Pozzovivo went south, while Dani Moreno (Katusha) strained to hold on and was gapped.

Dumoulin also slipped out the back, but was briefly able to return on a flatter section.

Rodriguez hit the front with 700 metres to go. Sunday’s winner was keen to try to take the second he needed to capture the red jersey, and gradually opened a gap.

Rafal Majka (Tinkoff-Saxo), the rider in third overall, led the chase. Aru shot by, though, trying to get back to Rodriguez.

He thundered up the final part but had left his charge too late and finished two seconds back. As he pointed out, the time gap is minimal; that’s true, but Dumoulin is also well within range. The race is far from over.

Tuesday is the second rest day of the Vuelta a España. After that, the race results Wednesday with a flat, fast 38.7 kilometre time trial which seems tailor-made for Tom Dumoulin. Will it be enough for him to retake the red jersey? He’ll certainly hope so, while the other contenders will do what they can to fend him off. 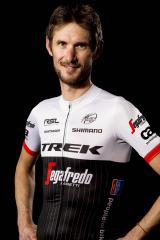