On the final day of big mountains in the Vuelta a España, Fabio Aru and his Astana team ambushed race leader Tom Dumoulin, dropped the Giant-Alpecin rider on the penultimate climb and opened up a near-four minute advantage by the finish.

As a result Aru recaptured the red leader’s jersey while Dumoulin tumbled down the general classification to sixth overall. In his absence Joaquim Rodriguez (Katusha) and Rafal Majka (Tinkoff-Saxo) are set to complete the podium.

The stage win went to Lampre-Merida’s Ruben Plaza, who pulled off a stunning solo ride into Cercedilla. He attacked out of the day’s break with 117 kilometres remaining and held off those chasing behind.

The Spaniard raced in to grab the win one minute 17 seconds ahead of José Goncalves (Caja Rural – Seguros RGA) and a further second up on Alessandro De Marchi (BMC Racing Team).

The triumph added to his stage win ten years earlier in the race, as well as the success he took on stage 16 of this year’s Tour de France.

Being off the front for three hours was a big moment, but in truth it won’t get the attention it might otherwise achieve due to the significance of what happened in the overall standings.

Many had believed that Dumoulin was on the way to winning the race, not least because of his dropping of Aru on Friday’s stage to Avila plus the way he had handled other attacks in recent days.

However Astana’s ambition would finally pay off, with the team sending riders up the road early on and then using them to help Aru after he managed to break the elastic on the second ascent of the Puerto de la Morcuera.

Dumoulin was left isolated without his own team-mates and struggled to limit the losses. He did so for a while, but then finally cracked and finished many minutes down.

It was a devastating turnaround for him, and he appeared shell-shocked at the outcome.

“I was just empty, just no legs,” he continued. ‘I had an idea [it might be like this], but I just fought for what it was worth. You just have to deal with it.”

Dumoulin won’t win the race, but he has changed immensely over the past three weeks. He picked up two stage wins, spent many days in the red jersey of race leader and must now be considered a real contender for future Grand Tours.

He was asked if he could take lessons from the Vuelta and use them down the line. “I don’t think about my future yet,” he said. “Now it is just disappointing that I didn’t get it today.

“I will think this winter about my future.”

There are no such concerns with Aru, who is celebrating the biggest moment of his career. Providing there are no hiccups on Sunday’s final stage of the Vuelta a España he will celebrate his top win. Things are very different 24 hours after he was a demoralised, dejected figure after losing time in Avila.

“This victory is of course for my team, it is not just about me,” he told Eurosport. “All the Vuelta they have been working very, very hard. Also the riders we think of who aren’t with us, Tiralongo and Nibali.

“We started this Vuelta of course with our difficulties but we worked to be united. We motivated each other all the time. That gave us strength, made us a force to be reckoned with.”

The race has been one that has chomped away at his nerves, but he recognised that it made for big suspense.

“With this scenario, the public enjoyed a great battle. Even though I was tired I gave my best. I do that when I can,” he stated. “Sometimes you win, sometimes the results don’t go your way. You have to keep cycling. This is a great sport and you have to show what you can do.”

The penultimate stage of the Vuelta a España ran 175.8 kilometres from San Lorenzo de El Escorial to Cercedilla and included four category one climbs.

Fabio Aru had lost a further three seconds on Friday’s stage, slipping to six seconds back, and was determined to throw everything at race leader Tom Dumoulin in a final bid to win the Vuelta.

These were chased by 24 others, with the peloton at more than five minutes.

Le Gac decided to drop back to the chase, leaving ten out front. The pursuers reduced the gap to three quarters of a minute on the descent, but the zip went out of the chase. The general classification riders weren’t worried, with the best placed rider in the break, Navarro, starting the day more than an hour in arrears.

Plaza was feeling good about his form but was also frustrated with the work being done out front. He attacked hard 117 kilometres from the line, getting a gap over the other nine. These were in turn joined by 29 chasers but, inevitably, the larger group lost momentum. As a result Plaza was more than two minutes ahead as he climbed the Morcuera.

Various riders tried to get clear of the chase group and go in pursuit of Plaza, but nothing lasted long enough to put him in danger.

Back in the Dumoulin group, the race leader got into difficulty on the second ascent of the Puerto de la Morcuera when Astana’s Landa and aru mounted an all-out attack. Quintana and Majka were also there, but Dumoulin was able to get back up to them.

However as the summit approached he was once again under pressure and this time a more lasting crack opened. He was unable to keep pace with a move by Aru, Quintana and Majka and when the Astana rider received reinforcements from those who were up the road in the second big group, the Dutchman’s efforts to chase back on took a hammering.

As the battle for the general classification blazed another scrap for the stage victory was also raging. Visconti and De Marchi had pushed clear of the chase group inside the final 50 kilometres; they were joined by Montaguit and Goncalves, making it four against one.

However Plaza was still riding strongly and resisted the attempts to close.

With 21.5 kilometres left Plaza was one minute 22 seconds ahead of the chasers. The Aru group was six minutes and six seconds back at that point, while Dumoulin was a further one minute 33 seconds in arrears.

He had been receiving some help from Sky’s Mikel Nieve, but once on the final climb the Spaniard decided it was time to push on and dropped Dumoulin.

Several minutes later Quintana attacked hard to try to move up the general classification, but he was quickly joined by his closest rival Majka. He initially sat on the Colombian, but then started to go through. He knew if he could gain enough time he could potentially overtake Joaquim Rodriguez (Kastusha).

Plaza went over the summit one minute 44 seconds ahead of the chasers. From there to the finish was just under 18 kilometres away, making his victory very possible indeed.

Quintana and Majka went over the top four minutes 28 seconds behind him and continued to ride hard, determined to try to stay clear of the Aru group.

Plaza continued on to the finish, soloing in, throwing his mitts into the crowd and then crossing the line with arms aloft.

Gonclaves beat De Marchi in the sprint for second, one minute seven seconds back, while Sicard, Moinard, Verona and Henao came in a minute and a half adrift to take places fourth through seventh.

Majka jumped away from the Quintana group to gain two seconds, with the duo finishing 12th and 14th respectively on the stage. Rodriguez and Aru came in almost a minute later, while Dumoulin trailed in an exhausted 35th, conceding three minutes 52 seconds to Aru.

The recalculated general classification brought considerable change, with Aru leaping back into the red jersey and Rodriguez and Majka ending the day one minute 17 and one minute 29 seconds back, occupying the next two steps of the podium.

Quintana is two minutes two seconds back and goes from fifth to fourth, while Esteban Chaves also advances one place. As for Dumoulin, he tumbled down to sixth, three minutes 46 away from the top of the leaderboard.

He said afterwards that the race was one day too long for him; that may well be the case but, when the dust settles, he will reflect on the Vuelta and know that he has made a big step forward.

So too Aru, who looks set to win a Grand Tour after previously netting third and second in the past two editions of the Giro d’Italia. 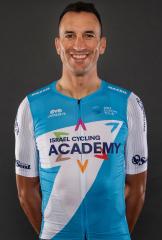