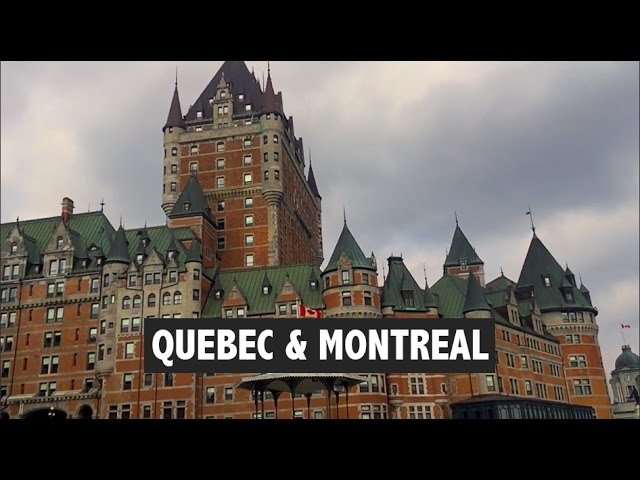 Throughout the 2015 season Drapac Professional Cycling’s Adam Phelan has been putting together great little videos from his time spent travelling and racing around the world. In his latest video and the accompanying article, Adam shares his experience from two very hard days of WorldTour racing at the GPs de Quebec and Montreal in Canada.

Michael Valgren’s eyes were bloodshot. Dirt and mud tattooed his face and he pulled off his helmet with an agitated sigh. Glue, used to secure his tyre to his wheels, had somehow got into his eye during the race.

It was a grim picture. We stood in the hotel lobby in downtown Montreal. We were soaked, weighed down by our cycling kits, a small pool of water forming beneath our feet. I was completely exhausted, my body ached and my head hurt. We had just completed over five hours of relentless racing in the equally relentless rain.

Valgren’s eyes were now watering; the mud, glue, and other various artifacts of the storm-stricken road, which now flooded his eyes, seemed undeterred by his persistent rubbing and rapid blinking. The Tinkoff-Saxo rider looked across at me and my teammate Lachlan Norris. He smiled.

“Welcome to the WorldTour,” he said.

In Quebec the sun was shining. Le Chateau Frontenac, the famous castle-hotel of Quebec City, stood imposingly on the cliff edge, engulfing the skyline. We had raced past the hotel – our luxurious home for the few days we stayed in the city – with our heads down. The hotel marked less than one kilometre before the finish line of the Quebec Grand Prix race circuit. It was the 12th time we had ridden past its grand entrance, a reminder of the number of ascents of the short and painfully steep climb that we had completed as we traced our way through the narrow European-style streets of the Old City.

I had moved back to the rear of the bunch after a mechanical and quickly realised it was a completely different race further back than it was up the front of the peloton. The circuit was fast and – for the most part – narrow, making the serpent-like peloton stretch out and snap in like an elastic band. The relatively small accelerations from the riders on the front, say from out of the bottom corner of the main descent, were magnified tenfold for the riders at the back. This magnified effort is also a delayed one — you have sight of the lead riders as they fly through the corner ahead, yet it takes time for the acceleration to ripple through the entire peloton before it hits its crescendo at the back, a good hundred metres or so further along the road.

I was like a grain of flour sliding through the gaps of a sieve as I slowly shifted my way back to the front of the bunch. By the final lap – with the group now reduced to 60 or 70 riders – a new level of pressure was placed on the peloton. It was as if the race had been engineered within a vice clamp, slowly turning inwards, the pressure building with each lap. It now approached breaking point as it made its final turn, our final lap.

Lachlan Norris and I were representing Drapac Pro Cycling among lead-out trains of the WorldTour. As Professional Continental riders, and with only two of us left, we were small players in this game. It was hard not to be dwarfed by the larger teams in those final few kilometres, like a pair of pinballs being smashed around the field, controlled by some exterior power. We were riding a tidal wave, and we could only hope to survive its collision with the final climb to the finish.

It is in the final few kilometres that you truly see the level of these riders. Having already completed five hours of the 200km race, and over 16 climbs, the kilometres leading up to the last climb were raced as if it were just a one lap sprint. The lead-outs were quicker than the majority of sprint finishes I have experienced before, and yet there was still a three kilometre climb to go.

It was like lightning when we hit the climb. Greg Van Avermaet (BMC), in the drops, and the big chain ring(!), had reached the top corner by the time I entered the climb. Riders exploded, self-imploded and some simply sat up (for a lot of riders their race finished at the corner into the climb). Midway up the climb was the last I saw of the front, as I dropped behind the small fractured lead group to finish roughly a minute down. Lachie Norris finished only several seconds behind that small lead group, notable in such a strong field. My first one-day WorldTour race was done, and I was wrecked.

Yet nothing could prepare me for what was to come only two days later in Montreal.

The rain was thick and heavy, distorting my vision and perception of reality as we passed the start/finish line for the 14th time. The peloton, which started with a healthy 200 riders, had been splintered down to only 50 or so water-logged riders. The pace was ceaseless and unwavering in its intensity.

If Quebec was engineered within a vice clamp with the pressure slowly increasing, Montreal was set underneath a jackhammer. The peloton fractured like shards of glass from a fallen mirror, only to regroup again, before thinning and splitting once more – this same process repeated and repeated every lap, with riders falling off the back like leaves blown off the branch of an autumn tree.

All I remember of the final lap is my mouth agape and covered in my own saliva, rain and God-knows-what-else, as I dangled a few metres off the back of the shattered peloton, wondering how the leaders could possibly still be riding so fast. The finish results painted the honest picture of the race. Two riders were together for the win, then a small group of six, then ten and so on – several small groups split across the field crossed the line until the final rider crossed the line, in position 64.

I finished roughly in the middle somewhere, but I didn’t really take much notice of the placing. I had finished, through the rain and the excruciating splits and the accelerations, I made it. I was wet, hungry and in need of a warm shower, but satisfied.

I walked out of the elevator and waved goodbye to Michael Valgren as he itched at his eyes. As I made my way to my room, my trembling body filled by a heavy ache soaking down through my bones, I realised that I was not the only one. It had been a tough day for everyone; a glance at some of the tweets and messages coming from riders afterwards was a testament to that.

I was reminded of a famous Greg Lemond quote, a quote that has stayed and repeated itself in my head over the years I have been racing: “It doesn’t get any easier, you just get faster.”

It felt like the truth more than ever before. But, I thought, I am lucky – at least I didn’t get glue in my eye.