While Ewan had been the rider to beat, Murphy, a former BMC rider, wasn’t concerned by the 21-year-old’s reputation and impressive turn of speed.

“I don’t really think any sprinter’s unbeatable,” Murphy said. “If you have the right team in front of you, you can win anything you want.”

A tight left-hand bend in the final 500m would prove decisive, with Murphy rounding the bend exactly where he wanted to.

“My UnitedHealthcare Pro Cycling team was unbelievable today. They took me into that last corner in perfect position and all I had to do was just do my sprint.

“I thought the corner was a little bit further from the line so as soon as I come out of the corner I realised I had to start. And so boom — [I] just went from there and hoped I could hold it to the line.”

Almost the entirety of the 146km stage had been lead by a breakaway group of five riders that got clear in the opening 5km of the race. The break was caught inside the final 10km, setting up the expected bunch kick.

Race leader Peter Kennaugh (Sky) maintained his overall lead after finishing in the bunch on what was an reasonably easy day for the GC contenders.

“It was quite a straightforward day today,” Kennaugh said. “It was really nice actually after the last few stages which have been all go and quite hectic. It was nice just to … sit back and keep the cadence low and keep the legs fresh for tomorrow.”

The peloton sat up early, happy with the composition of the break, and the lead quickly grew to four minutes after 17km of racing.

At the top of the first KOM, after 35km, Hubbard took the maximum points ahead of Downing and Bonello. At that stage the gap was down to 3:34. At the second KOM, after 53km, it was Downing that crossed the line first, ahead of Hubbard and Bonello.

With the Sky- and Orica-GreenEdge-lead peloton well in control, the break was down to 2:25 after 71km of racing. It would push back out to beyond three minutes briefly, but as the first intermediate sprint approached, Orica-GreenEdge increased the tempo, reducing the advantage once more.

Hill took out the sprint in Inverloch after 113km (and with 33km left to race), with Downing second and Hubbard third. Not long after that, the gap was down to 1:35 and closing.

Hill also took the second sprint in Wonthaggi ahead of Hubbard and Downing, putting himself into the lead in the points classification. But with 20km to go, the gap was down inside one minute and falling fast.

Smith attacked from the breakaway, prompting Hill and Hubbard to drop back to the peloton. Bonello and Downing were able to claw back the attack from Smith, but the trio would ultimately be caught on the run-in to Inverloch for the sprint finish.

A fast left-hand bend in the final 500m would prove decisive, with John Murphy getting around in good position before launching his sprint and edging out Bonifazio for the win.

Just one stage remains in the 2016 Jayco Herald Sun Tour, a now-famous race around the Mornington Peninsula that features three ascents of the steep, 3km climb of Arthurs Seat. The race finishes at the end of the third ascent, ensuring the battle for the GC could go down to the last moments of the race.

Peter Kennaugh remains at the top of the leaderboard with a lead of 13 seconds over his Sky teammate Chris Froome. Jack Bobridge (Trek-Segafredo) is third, 18 seconds behind Froome.

While Kennaugh has been Sky’s protected rider since winning stage 1, reigning Tour de France champion Chris Froome will likely have a license to attack on Arthurs Seat.

“We’re just going to take things one step at a time throughout the stage, see how the legs are,” Kennaugh said. “If Froomey’s feeling super-good obviously it’ll be up to him — he can have an attack, he can do what he wants, but I’m sure we’ll have a strategy sorted by tomorrow and then we’ll take it from there.”

Should Kennaugh hold on to his overall lead though, it will cap a thoroughly successful visit to Australia for the Manxman.

“It would mean absolutely everything,” Kennaugh said. “Obviously winning the Cadel Race and then coming here and winning the first stage was a massive bonus in itself. 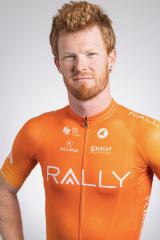