HEALESVILLE, Australia (CT) – Peter Kennaugh and Chris Froome have taken a Team Sky one-two on the opening road stage of the Jayco Herald Sun Tour after riding away from the rest of the peloton on the day’s final climb.

After the day-long breakaway was caught on the first category Myers Creek Road climb, Froome and Kennaugh attacked out of the bunch roughly 25km from the finish before riding away together. The reigning Tour de France champion sat back as the pair crossed the finish line, allowing Kennaugh to add to the victory he took in last weekend’s Cadel Evans Great Ocean Road Race.

“Obviously the race last weekend gave us quite a bit of confidence going into today and we had a good plan for today’s stage, which worked out absolutely perfectly,” Kennaugh explained. “It was just to make it hard going into that last climb for Froomey to have a go and then I was just to follow wheels and then sort of judge the situation. If I felt like I could jump across to him then do that.”

“Massive thanks to the team and especially to Froomey because once I got across to him I pretty much just sat on his wheel up the climb. But then once we got over I was able to do some good turns with him and take it to the finish.”

For Froome, it was a chance to repay some of his teammate’s hard work over the past few years.

“[It’s] a really nice feeling … being able to give something back to Peter Kennaugh,” Froome said. “The number of times he’s emptied himself for me out on the road … he’s been part of both my Tour de France victories. It’s nice to be able to do something for him now.

Kennaugh and Froome finished 17 seconds ahead of a reduced peloton lead in by a jubilant Dion Smith (One Pro Cycling) who seemed to think he’d won the stage.

With the Sky- and Drapac-lead peloton allowing the break some latitude, the six leaders established an advantage that peaked at 4:00 some 35km into the 126.1km stage.

Evers took the first intermediate sprint in Warburton after 58.4km, with Hill and Slater taking the minor placings.

The break stayed together over the race’s first categorised climb, up Old Warburton Road, before Katsonis crashed on the descent. A few minutes later, Lucas Hamilton (KordaMentha Australia) and Patrick Sharpe (St. George-Merida) crashed in the peloton on the same corner. While Katsonis was able to catch back on to the break and finish the race, neither Sharpe nor Hamilton were able to finish.

With Drapac doing most of the pacemaking in the peloton for race leader Will Clarke, the leaders’ advantage slowly disappeared, touching two minutes as the peloton rolled over the start/finish line in Healesville to begin a 32.6km closing lap of the nearby hills. A couple minutes earlier, Ben Hill had taken out the second intermediate at the same point, ahead of House and Evers.

Sky took to the front on the Myers Creek Road climb, thinning out the peloton and catching the breakaway roughly halfway up the 8.3km climb. At the back end of the peloton, race leader Will Clarke was being dropped, his stint in yellow coming to an end. At the other end of the bunch, Chris Froome was putting in his first uphill attack of the season, some 25km from the finish line. Kennaugh jumped across and the two were away, speeding towards the finish.

Several small chase groups formed behind the two Sky riders — one including Jack Haig (Orica-GreenEdge), Joe Cooper (Avanti IsoWhey) and Chris Hamilton (KordaMentha Australia) — but no chase was able to make contact with the two leaders as they crossed the KOM and descended back towards Healesville.

Kennaugh crossed the line first with Froome just behind, the pair 17 seconds ahead of Dion Smith who lead home a peloton of just 29 riders.

Today’s result give Kennaugh the overall lead by seven seconds ahead of Froome. Dion Smith is third overall, another 16 seconds behind Froome. Kennaugh also leads the points classification after taking points on the finish line (Ben Hill will wear the jersey in second place), while Froome will wear the polka dot jersey after winning the Myers Creek Road KOM.

While there are still three stages remaining in the race, Kennaugh is confident in his chances of defending the yellow jersey through to the end.

“I think the next two stages are probably sprint days. We’ve got a strong team and obviously GreenEdge want to keep it together … for Caleb [Ewan],” Kennaugh said. “So then it will just be down to that last day and I think that will suit me more than today with the [Arthurs Seat] climb being shorter and more punchy.”

The five-stage Jayco Herald Sun Tour continues with tomorrow’s stage 2 — a 144.2km effort from Yarra Glen to Moe which has a flat finish but three categorised climb in the middle of the stage. 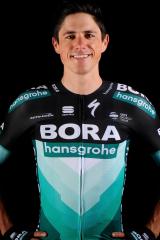 Click through for full results from stage 1 of the 2016 Jayco Herald Sun Tour.