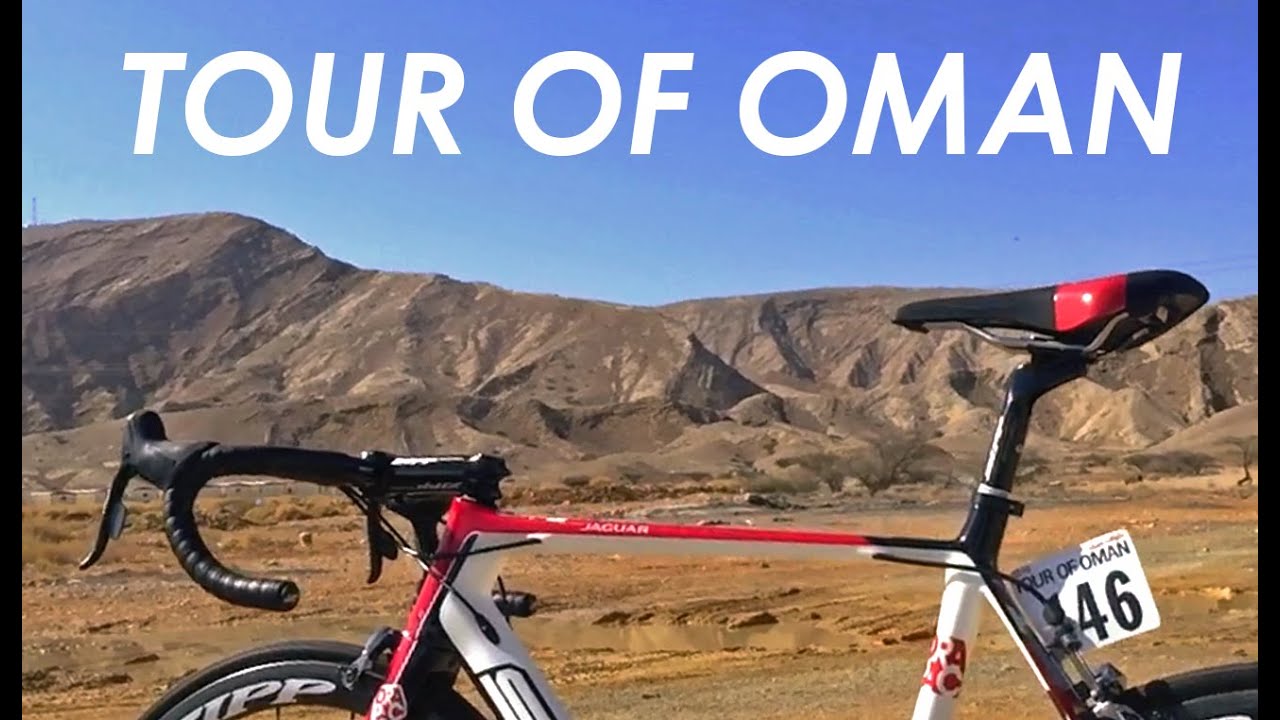 For the past year or so Drapac’s Adam Phelan has been sharing stories from his life as a pro cyclist, here in his column at CyclingTips. But Adam doesn’t just write about the races he takes part in — he takes us behind the scenes, showing us what life is really like as a professional, warts and all. His wonderful videos help bring those behind-the-scenes stories to life.

In his latest post, Adam takes us with him to the Tour of Oman; a race he almost didn’t start. We hope you enjoy this piece as much as we did.

There are moments in life that are so unexpected and so spontaneously unfortunate that your life begins to resemble a Shakespearian play. As I lay twisted in pain in the emergency department of the Canberra Hospital, I felt like a pawn in one of The Bard’s tragedies. Or maybe this was a comedy; it was hard to tell. It was as though I was being pulled this way and that by some unseen puppet master for the benefit of an invisible audience.

I should have been on a flight to Doha, on my way to Muscat for the Tour of Oman. But while the plane readied for departure at Melbourne Airport, I was being wheeled into the ER by my father. I imagined, briefly, the plane taxiing on the runway before my reality – the sterile white walls of the hospital room and the excruciating pain in my abdomen – took over once again. My teammates would be on that flight, I thought, unaware that I lay doubled up on a hospital bed. Not that it really mattered — I was here, and they were there. And there was nothing I could do about it.

Hours earlier, the sky was clear, save for a few soft clouds that had leaked into an otherwise blue sky. I was on my training ride, miles from anywhere, on my own, with the hot sun glaring into my eyes when suddenly a sharp pain pinched my lower abdomen. I ignored it, my thoughts mainly on the pile of clothes that I still needed to pack before my flight to Oman that night. “I must be sitting wrong on my saddle,” I thought.

A half-hour later I lay half-naked on the floor of my girlfriend’s bathroom, immobilised by a pain that was burning like wildfire in my left side. This wasn’t good, I conceded. Yet, guided by the profound delusion that drives some professional athletes, I convinced myself that I would still make my flight. I had three hours to go. And I still hadn’t packed.

Merely thinking this, however, only intensified the pain. It came and went like a tide, building to a peak, before receding briefly, only to repeat the process once again. I could not move; my flight, the race – everything other than this – fell away into the blurry background of my consciousness. My delusion finally crumbled. I was not going to make my flight.

The jolt of the plane landing snapped me awake from a deep sleep. It took a few moments for my mind to piece together the wave of sensory information that slowly began to flood my brain. When things finally came into focus, I smiled. I had made it Muscat.

I gingerly touched my abdomen. The diagnosis had been odd, yet reassuring. The hospital registrar – how come doctors are so young these days? – had eliminated a number of other possibilities: “The pain is on the left side,” she’d told her intern, “so it’s not appendicitis”. “Testicular examination was unremarkable,” she continued, “so no issues there …” What she thought had happened – though she couldn’t be absolutely certain – was that I had twisted my lower intestine. All I could think was “What the hell does ‘unremarkable’ testicles mean?”

“Sometimes these things just happen,” she said, pushing at my abdomen once again. “But, you know, as long as the pain doesn’t return tonight, you should be okay to fly.” “Unremarkable?” I thought again.

Forty-eight hours later, I was racing on the roads of Muscat. Dust swirled in the air, blanketing the peloton in a dry, soft brown coat. The Omani dishdasha, the crisp white traditional dress of the local men, made the spectators look like bright beacons of light lining the Martian-like landscape.

I still had a faint ache in my abdomen. It was like a scar, a quiet, but present reminder of the pain of a few days earlier. It was also a reminder that I was lucky to be in Oman, to be riding and racing, and not staring at the dismal white walls of a hospital room. These stories – of injury, illness, and misfortune – are the ones that are often hidden in the shadows of what it is to be a professional racer, the ones that the television coverage, the race reports and the news articles never fully convey.

Two days later, having peeled off at the start of the final climb after leading Brendan Canty out — the race run, my job done — I pulled up next to him after the finish line.

“I came ninth, about 40 seconds off Nibali, which means I’m now leading the young rider classification,” he said matter-of-factly. “And I think I am top 10 on GC.”

“Oh, is that all?” I thought, laughing to myself. It had gone very well indeed.

It was then, as I basked in my teammate’s success, that I was reminded of the beauty of cycling – of how, irrespective of personal circumstance, you are a part of a team, that it is this shared camaraderie, the combined effort that truly determines the outcome of a race. Positive morale, in this way, becomes infectious within a team.

The following day, the peloton cracked and split on the final few kilometres of the climb as the road pinched further upwards. I was left behind but everything was playing out as we had planned. After a solid team effort, Canty was in the front split. His overall place in the GC was safe. I was in the second group and still feeling good. Maybe, I thought, I might just be able to make it back.

Fifteen kilometres later, when Edvald Boasson Hagen threw his arms in the air just ahead of Greg Van Avermaet, I was there with them. As I crossed the line, I looked at the riders ahead of me. And counted. “Yeah, top 10,” I guessed.

It turned out I had come eighth. It wasn’t a win or a podium, but it meant I was in the race – and given that only days earlier I had thought that I would not even make the flight to Oman, that was all I needed.

Brendan Canty won the Young Rider Classification. The jersey, with the Drapac logo on the front, looked good on him as he stood on the podium. I saw him, through the window of the bus, standing with his arms outstretched as we drove by on our way back to the hotel. It felt good to be a part of that, to be a cog in a singular machine that helped make it happen. He certainly deserved it. The week could not have ended any better.

Back at the hotel, I began to pack for the journey home. In my bag, in the left-hand corner, I noticed a small plastic armband. It was from the hospital. I picked it up, examined it, then scrunched it up in my fist. I threw it into the bin. The armband represented those unenviable moments in life when you lose control of your own story.

Suddenly, without warning, the natural order of things is up-ended. There is nothing you can do but move on, go forward, accept your situation, but not allow yourself to be overcome by it. It is with these moments, I thought as I pulled my bag closed for the final time and prepared to say goodbye to Oman, that we can truly appreciate our destination.

Above all else, it’s the journey that gets you there in the first place.