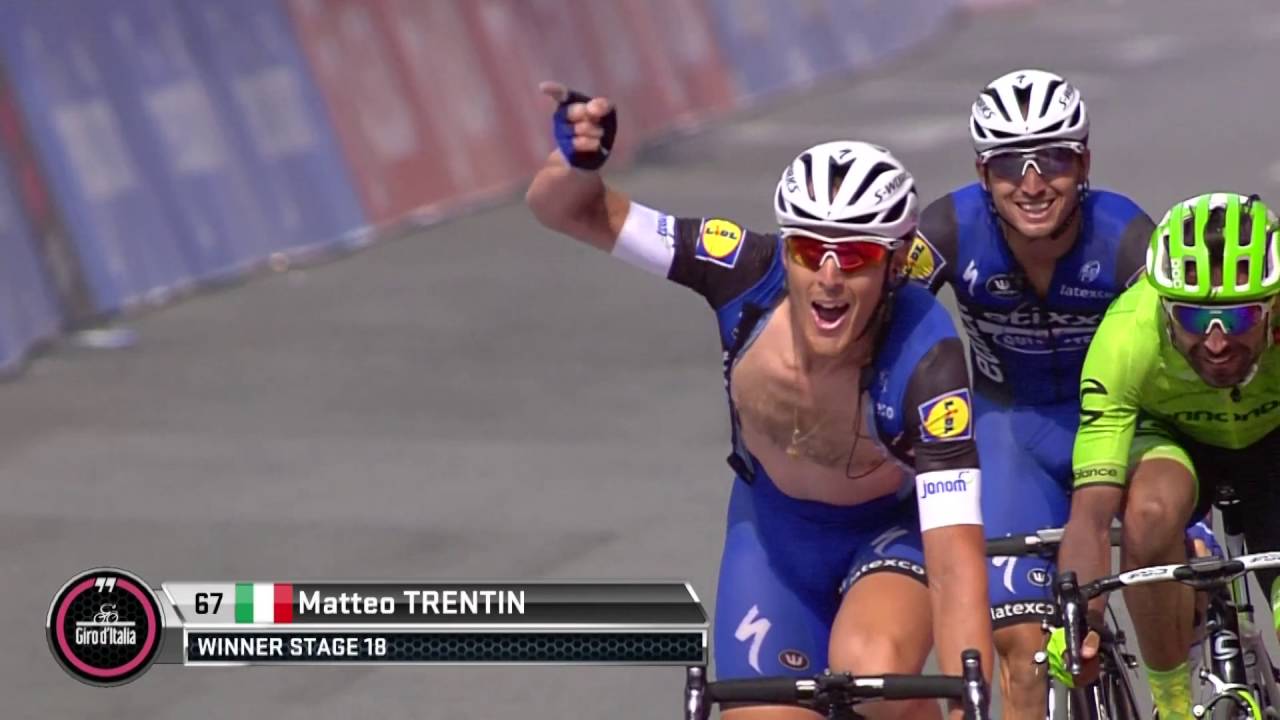 It was a battle among the Italians at the Giro d’Italia Thursday, as Matteo Trentin (Etixx-QuickStep) sprinted to victory over Moreno Moser (Cannondale) and Etixx teammate Gianluca Brambilla, with an early breakaway finally making it all the way to the finish at this year’s race.

It was the fourth stage win of this Giro for Etixx, following two from Marcel Kittel, and one from Brambilla, at a race that has seen Kittel, Brambilla, and Bob Jungels all spend time in the leader’s jersey.

Watch the race action in the highlights video above, and read our race report here.