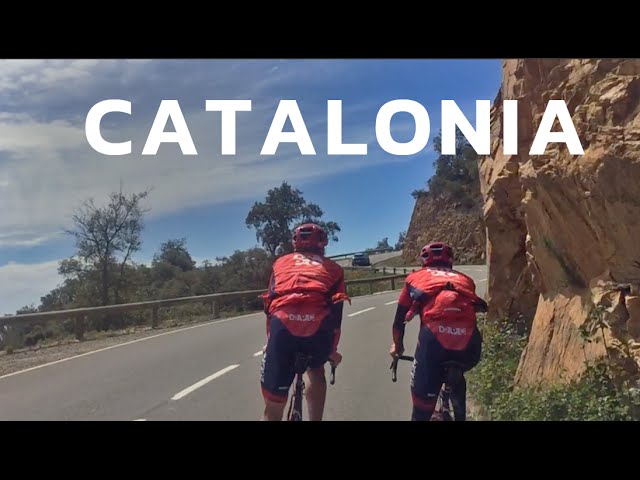 The life of a professional cyclist is one of intense highs and desperate lows. From the ecstasy of crossing a finish line first, arms aloft, to the agony of crashing and spending weeks on the sidelines, recovering from injury.

In his latest diary for CyclingTips, Adam Phelan of Drapac Professional Cycling shares the story of his ups and downs as a pro cyclist and how he became a cyclist in the first place. The accompanying video was shot in the Spanish city of Girona where Adam is based for Drapac’s ongoing European campaign.

Moments can come and go like a passing breeze, barely noticeable, and then they are gone in the blink of an eye. At first these moments can seem insignificant, just time passing as it must. Yet as the years go on and you look back and view them as a collective, everything – all the mundane and insignificant, the big and the bold – build up and take shape. And it is there, in the breeze, that the real story can be found.

I made the unequivocal decision that I wanted to travel to Europe and race as a professional on a Saturday morning. I was 17, sitting on the edge of my bed, a hot coffee cradled in my hands as the clock clicked past 1:30am. The television was on, and there they were, on the other side of the world. The riders of The Peloton.

It was as if the distinctive voices of Phil Liggett and Paul Sherwen were speaking to me alone. The Tour de France was on again, and a lone rider — his lips covered in dried saliva and blood, his eyes narrowing, the excruciating pain obvious on his contorted face — dangled just ahead of the reduced group behind.

“Paul, with 15 kilometres to go, there is no doubt about it, we are watching him ride like a man possessed.”

“Yes, he does! He is possessed! What an animal!”

I sipped at my coffee, my eyes still fixed on the TV. I did not know many of the riders’ names nor all of the teams. But staring at the screen and watching the bunch slither along the mountain side, a chalet perched above them and crowds cheering from the side of the road, I knew this is what I wanted to do.

How cool would that be?, I thought. But no, I quickly conceded, I had to finish school, go to university. Becoming a professional cyclist seemed so distant. At times, it even felt stupid to indulge in the possibility. That’s just a fanciful dream, I thought.

Four years later, on a warm summer’s afternoon in Italy, I raised my arms in the air. The sky was blue and the air was crisp. Crowds lined the barricades of the old township, their yells and cheers flooding my ears. A powerful euphoria exploded through my body. It took over my senses, and as I stopped after the finish line, I wrapped my arms around the soigneur who stood with our recovery drinks on the side of the road. “You did it!” he said. “You did it!”

I had just won my first UCI race in Europe. It was called Gran Premio di Poggiana. I did not really care about its name, though — I had won a bike race and that was all that mattered. In that moment, cycling was everything I wanted — it was happiness, joy, and triumph.

It was hard work rewarded. I was here after all, racing through the beautiful and brutal roads of Europe. I was raising my hands in the air, crossing the finish line ahead of everyone else. Yet I knew that these moments were often not the only reality.

Earlier that year, I was in the hospital with bleeding on my brain. I had crashed at a training camp, giving myself a severe head injury and striking an entire day from my memory. It was a dark reminder of how things could go horribly wrong, and so damn quickly.

After a nine-week-long recovery and five weeks of training, I raced again in Malaysia, at the Tour de Langkawi. Much to my surprise I came second in the opening time trial. Dave Zabriskie won.

The next day, along some dusty no-name street I crashed into a gutter at 60km/h. The cheers of the children lining the road cut to harsh silence as I rolled violently across the footpath. I broke my femur and sprained my ACL. My world was shaken again, as I lay twisted in the dirty gutter, blood pouring from my knee.

I remember wondering at the time whether cycling was really what I wanted to, whether racing bikes was worth it. Perhaps I should do something different, something normal?

Yet a few months later, in that small town in Italy, with my arms raised in the air, I knew there was absolutely nothing I would rather do.

On an early May morning the clouds mask the sun as it hangs over Girona. The sky, once big and blue, now sinks downwards as the afternoon storms roll in, a thick blanket of grey descending on the multi-coloured buildings. I finish my ride, just missing the rain, and walk up the stairs to the apartment entrance.

I throw my dirty clothes in the washing machine, shower and grab a wrap that I made earlier for lunch. I call my girlfriend on Skype and we talk about her day on the other side of the world. She’s just started her PhD, and everything’s going well. Even so, she’s wrecked and can’t wait for the weekend so she can sleep in.

Afterwards, I stand looking out from the balcony. The old city wall of Girona arches up along the hillside as the heavy rain falls in a smooth rhythm.

Girona, just north of Barcelona, is a city wedded to professional cycling. Years ago I first read about the city in books, about Lance Armstrong and the other riders that lived here. Then I had friends, professionals too, that moved there to train and base themselves for the cycling season.

Now, years later, I’m looking at the very same city I had heard so much about, the rain dancing on the cobbled streets below. I am transfixed by the wet dark clouds that weigh down the sky.

I think back to all those years ago, to the 17-year-old boy watching the Tour de France on television. A lot has changed in the years since.

The romanticism of the sport is, in some ways, at odds with the harsh reality of racing, and yet, after it all – through the broken bones, the wins and the losses, the bad days and the good – here I am. I still want the very same thing I did back then. To race the big races and to be part of one of the world’s biggest teams. To do the Tour de France and race the infamous Classics. It’s a part of me that refuses to die.

I may be a hell of a lot closer to it all than I was in my bedroom six years ago but the road still goes on. The thing I know for sure is – I’m just as keen as ever to see where it leads.