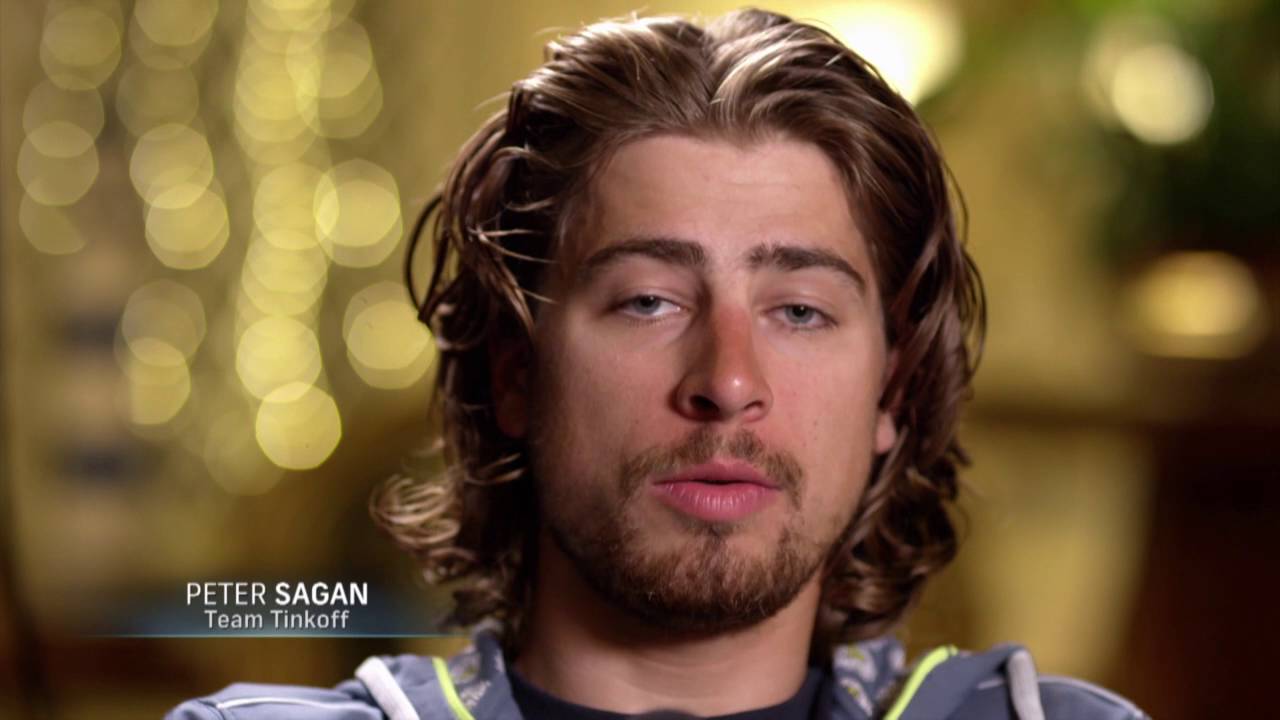 SAN DIEGO (CT) — Beginning on Sunday, for an eleventh straight year, the Amgen Tour of California will be the highest-profile UCI stage race held on North American soil.

The race, which began in 2006 and has held the same title sponsor throughout, begins in San Diego, not far from the Mexican border, and ends eight days later in Sacramento, the state capitol.

Between those endpoints the peloton of 144 riders will cover nearly 800 miles (1280 kilometers) and over 60,000 feet of climbing over eight days, including two critical stages for the general classification — a new summit finish, on Gibraltar Road in Santa Barbara, and a 12.6-mile (20km) time trial, in Folsom.

Wiggins won the Folsom time trial in 2014, 44 seconds ahead of Rohan Dennis, who finished second overall; the rolling course returns on Stage 6, and will again prove decisive.

However all eyes will be on Gibraltar Road on Stage 3 — it’s a 6.1-mile (9.8km) climb, averaging 8%, with 2,600 feet of elevation gain and a few sections that reach 12% or more. It’s a 30-minute climb for the fastest men, perhaps a bit longer after the 100-mile (161km) slog from Thousand Oaks, home to Amgen, the biotechnology company that has sponsored the race since its inception.

Stage 7, which begins and ends in Santa Rosa, could be the wildcard stage. One day after the time trial, the 109-mile (175km) stage delivers six categorized climbs, including the final climb of Coleman Valley Road, which tops out 30 miles (48km) from the finish. Depending on how the stage develops, it could well be a small group fighting it out for the stage win, with another small group of GC contenders fighting it out for the overall victory.

Last year’s surprise winner, Sagan returns to the race that he’s done every year since 2010, along the way compiling a total of 13 stage wins (a record), five points jerseys (a record), one best young rider’s competition (2010), and one overall victory.

With a 20km time trial and the summit finish on Gibraltar Road, Sagan would not ordinarily be considered a GC contender. But after his incredible performance last year, when he won the weather-relocated time trial at Magic Mountain and then limited his losses to Julian Alaphilippe on Mt. Baldy, Sagan reminded the world that he should never, ever be counted out.

One key difference between Sagan of May 2015 and Sagan of today is momentum; at last year’s race, the Slovakian superstar was under intense pressure from team owner Oleg Tinkov to win after an unsuccessful spring classics season. He’s since won the world road championship, Gent-Wevelgem, and the Ronde van Vlaanderen — as well as the overall in California. With the Tinkoff team folding at season’s end, Sagan will be racing to assure a top-dollar contract, however he is already one of the most marketable riders in the sport.

Alaphilippe (Etixx-QuickStep) also returns, fresh off a second-place finish at Flèche Wallonne behind Alejandro Valverde for a second consecutive year. The young French phenom recovered from mononucleosis during the off-season, but appears to be back to full strength with top 10 performances at Brabantse Pijl, Amstel Gold Race, and Flèche Wallonne.

BMC’s Rohan Dennis was runner-up to Wiggins in 2014, but much has changed for both riders since then.

Dennis has since won the overall at the Santos Tour Down Under and USA Pro Challenge, while Wiggins has left Team Sky for his eponymously named Continental squad, serving as a mentor while he prepares for his final Olympic Games, with a sole focus on the team pursuit.

Wiggins comes to California as an unknown variable; he abandoned the Tour de Yorkshire midway through the first stage, after a crash in inclement weather, opting to stay safe and keep is Olympic dream alive.

And though Wiggins is a favorite to win again in Folsom, his last GC podium was at the 2014 Tour of Britain, a race with much shorter climbs than Gibraltar Road. His last GC victory was the 2014 Amgen Tour, when he was significantly lighter; he’s since bulked up for his track-racing endeavors. Team Wiggins also brings Jonathan Dibben, overall winner at the UCI 2.2 Le Triptyque des Monts et Châteaux in April.

Dennis will lead a BMC Racing team that includes Samuel Sanchez, Brent Bookwalter, Taylor Phinney, and Michael Schar — as well as Greg Van Avermaet, who returns to racing after a crash at Ronde van Vlaanderen left him with a broken collarbone.

With his abilities against the clock and on medium-length climbs, Dennis may well be the favorite for overall victory, though his 2016 season has been hindered by illness that saw him miss Paris-Nice and abandon the Volta a Catalunya.

“I should be good for the time trial,” Dennis said. “It’s the uphills, and the long stages, where I could have some difficulty. Yorkshire was good, I showed I can be up there. There were more tactics involved, the roads are different there, it’s much harder to save energy.”

California here we come! Meet our squad for #AmgenTOC. The big race kicks off this Sunday in the Golden State.https://t.co/6jxzxiSF2K

“It’s going to be a tricky race to control,” said Cannondale team director Charly Wegelius. “There’s two very long stages and one stage at high altitude. But we’ve got the people who can ride the breaks and a reliable leader in Lawson. We had good expectations of Lawson in Pais Vasco, but our expectations were actually lower than his performance. Now we’re in line. He’s ready, the team is ready to support him. This is what he’s been working toward with his results.”

Riding for Giant-Alpecin is U.S.-based Laurens Ten Dam, German John Degenkolb, racing in his first stage race since suffering a serious injury at a team training camp in January, and American Caleb Fairly, who announced Tuesday that he will retire after the race to pursue a career in rider representation.

In all, 10 WorldTour teams and eight Pro Continental and Continental teams are competing.

And while there’s never been a non-WorldTour winner in California, several Pro Continental and Continental riders will be looking to impress on an international stage.

Australian Lachlan Morton (Jelly Belly) is fresh off an overall win at the Tour of the Gila, and is capable of climbing with the best in the peloton on Gibraltar Road. He’ll have his hands full with riders like Arredondo, Alaphilippe, and Kennaugh, but could be a dark-horse pick to pull off a season-defining stage win for his Continental team.

American Travis McCabe (Holowesko-Citadel), a fast finisher who can also climb, has won five races so far in 2016 — including stages at Redlands, Joe Martin, and Gila — and is a threat to win from a breakaway. McCabe’s teammate, Robin Carpenter, is quickly forging a name for himself as a breakaway specialist, with success, including a stage win at the 2014 USA Pro Challenge and fourth overall at the Joe Martin Stage Race in April.

Another red-hot domestic standout is 19-year-old American Nielson Powless (Axeon Hagens Berman), a former mountain-bike racer who has finished on stage-race podiums at San Dimas, Redlands, and Joe Martin, winning the Redlands time trial and taking the overall victory at Joe Martin. Powless finished third on two stages at the Tour of the Gila last week; his teammate, Tao Geoghegan Hart, finished third on the final stage of Gila, as well as sixth overall, to claim the best young rider jersey.

Rally Cycling brings Rob Britton, the Canadian rider who, in 2015, won the Tour of the Gila, finished third overall at the USA Pro Challenge, and 10th at the Amgen Tour. The team can also look to Danny Pate and Evan Huffman as potential GC contenders.

“During the Tour of the Gila I was climbing very well,” said Britton. “That was made possible by the work the team did before the climbs. A lot of the same guys from Gila are going to the Tour of California, so that bodes very well for us.”

Jamis-Sutter Home and Silber Pro Cycling, two of the best teams in the U.S. thus far this season, did not receive invitations to compete at the Amgen Tour.

***
Stay posted to CyclingTips for a separate preview for the women’s Tour of California, coming soon.

Video footage of John Degenkolb's sprint at Tour of California

Tour of California in photos

Video footage of John Degenkolb's sprint at Tour of California

Tour of California in photos