It was only fitting, on a day that saw Nacer Bouhanni head-butt sprint rival Alexander Kristoff, that the amateur boxer turned professional cyclist would throw punches in his victory salute and then dedicate the stage to recently deceased former heavyweight champion Muhammed Ali.

Bouhanni, who was relegated at Paris-Nice for an irregular sprint, escaped penalty after he and his Cofidis teammate, Christophe Laporte, both used their heads — literally — to fight for position against Kristoff and his Katusha teammates.

What many saw as behavior deserving of relegation, or even disqualification, paid off for the 25-year-old Frenchman, who punched the air across the line, ahead of Jens Debusschere (Lotto-Soudal) and Sam Bennett (Bora-Argon 18) to win Stage 1 of the Criterium du Dauphine in Saint-Vulbas.

The victory brings Bouhanni’s season win total to eight, and gives him and his team a boost of confidence heading into Tour de France, where the Frenchman will hope to come away with his inaugural victory in Le Grand Bouncle.

“I’m really happy to have won today,” Bouhanni said. “It was Cofidis’ objective to get a stage win at the Dauphiné. Showing my fist on the finishing line was a tribute to Mohammad Ali. I had told [teammate] Cyril Lemoine that I’d do so if I managed to win a stage. He meant a lot to me. He was a true legend.

“In the finale, we were very close to each other, [Christophe] Laporte and [Jacopo] Guarnieri, [Alexander] Kristoff and I too, but Sam Bennett made his effort, and I passed him in the last 100 metres. After I resumed racing at the Four Days of Dunkirk, I rode at 70% of my capacities in May. I’m particularly motivated by World Tour races like the Dauphiné and the Tour de France. This is my eighth win this year, my fourth in the World Tour. I’ll do my best again tomorrow to get another stage win.”

Cofidis demonstrated its confidence in Bouhanni by controlling the front of the peloton for most of the stage and keeping the breakaway of Frederik Backert (Wanty-Groupe Gobert) and Mitchell Docker (Orica-GreenEdge) in close range.

Backert chose to go alone with 24 kilometres remaining and clung to an advantage of around a minute.

As the peloton entered the finale, the general classification teams of Tinkoff, Sky and BMC Racing fought for control on the front to keep their respective GC leaders safe.

The hectic finale, which involved three roundabouts in the final five kilometres, saw teams struggling to stay together and no single team could control the front of the peloton.

Chris Froome (Sky) displayed his positioning prowess, entering the final three kilometres in third position behind two of his teammates.

Team Katusha finally provided a bit of normalcy to the sprint, taking over the front of the peloton with Kristoff in tow, though ultimately Kristoff would eventually finish outside the top 10.

Though Bouhanni was seen bumping and head-butting a few of the Team Katusha riders in an attempt to find a wheel before the sprint began, the commissaires did not find the offense overly aggressive as the Cofidis rider was not relegated.

Lotto-Soudal sprinter Andre Greipel, who is not at the race, quickly posted a Twitter poll asking if his followers felt Bouhanni’s sprint had been “fair play.” In the hours that followed, over 2,000 people responded, with an overwhelming majority voting that it had not, in fact, been a “fair play” sprint.

“It’s a pretty quiet day with a high rhythm in the finale,” Contador said. “I’ve remained at the front of the peloton in order to avoid risks of crashing and getting caught into splits in the bunch. It wasn’t a fight between a team [Sky] and another [Tinkoff]. It was just a question of remaining well positioned to stay clear of any kind of crash. Luckily, there wasn’t any. It makes me happy.

“Cycling has changed. From the smallest to the biggest race, it’s highly competitive. Maybe it’s because sponsors ask for more, but there’s no quiet finale anymore. It’s been a day to test the legs. Mine weren’t at their best, but day by day, I’m hoping to get better.”

Tuesday the peloton with travel 168 kilometres from Crêches-sur-Saône to Chalmazel-Jeansagnière. A tough category 3 climb awaits the riders at the finish and could shake up the general classification, but look for a puncheur to possibly take the stage.

“I know there’s a hill in tomorrow’s finale but the truth is that I haven’t read much of the road book yet,” Contador said. “I’ll have to pay attention. I believe the final hill is short. It might suit someone like Dan Martin.” 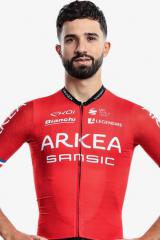