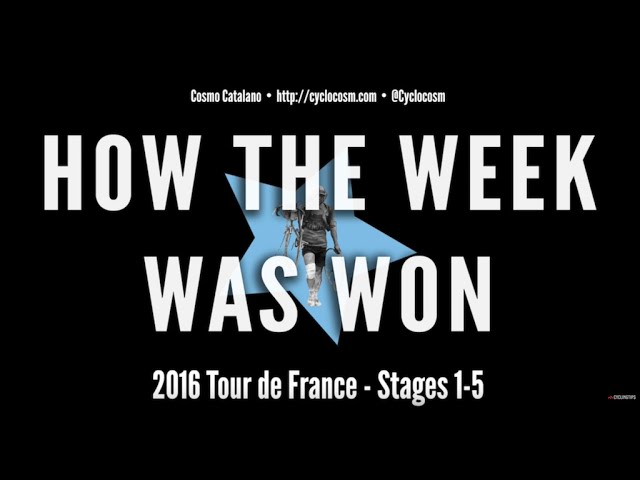 Each week during the Tour de France we’ll be bringing to you Cyclocosm’s unique take on ‘how the week was won’. In this second installment of the series, Cosmo looks back on the first five stages of the Tour de France, and gives a special nod to the Dimension Data teamwork that has brought Mark Cavendish several stage wins.

In Cyclocosm’s “How the race was won” series, you’ll see much more than simple race highlights. Cosmo Catalano picks up the details that nobody else sees, analyses the race situation and its progression, and wraps it in his own brand of humour and razor sharp wit. We hope you enjoy it.