Preview: Everything you need to know about Stage 14 of 2016 Tour de France

Saturday marks the fourteenth stage of the 2016 Tour de France and the riders will travel 208.5km(129.5mi) from Montélimar to Villars-les-Dombes Parc des Oiseaux. With no difficult climbs on the route and a flat run-in to the finish, the sprinters of the peloton should have another shot at victory. 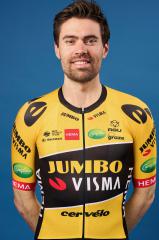 Comment from race director, Christian Prudhomme:“The sprinters will probably have focused on taking it easy during the previous time trial. Out of several factors, that precaution could condition their speed on the final straight. Add to that the fact that the final corridor could be struck by a strong headwind, which should condemn all breakaway attempts.”

Steve De Jongh (Tinkoff Director Sportif): “Tomorrow we have a long stage, 208km all headwind – it could be a long day in the office for the guys.”