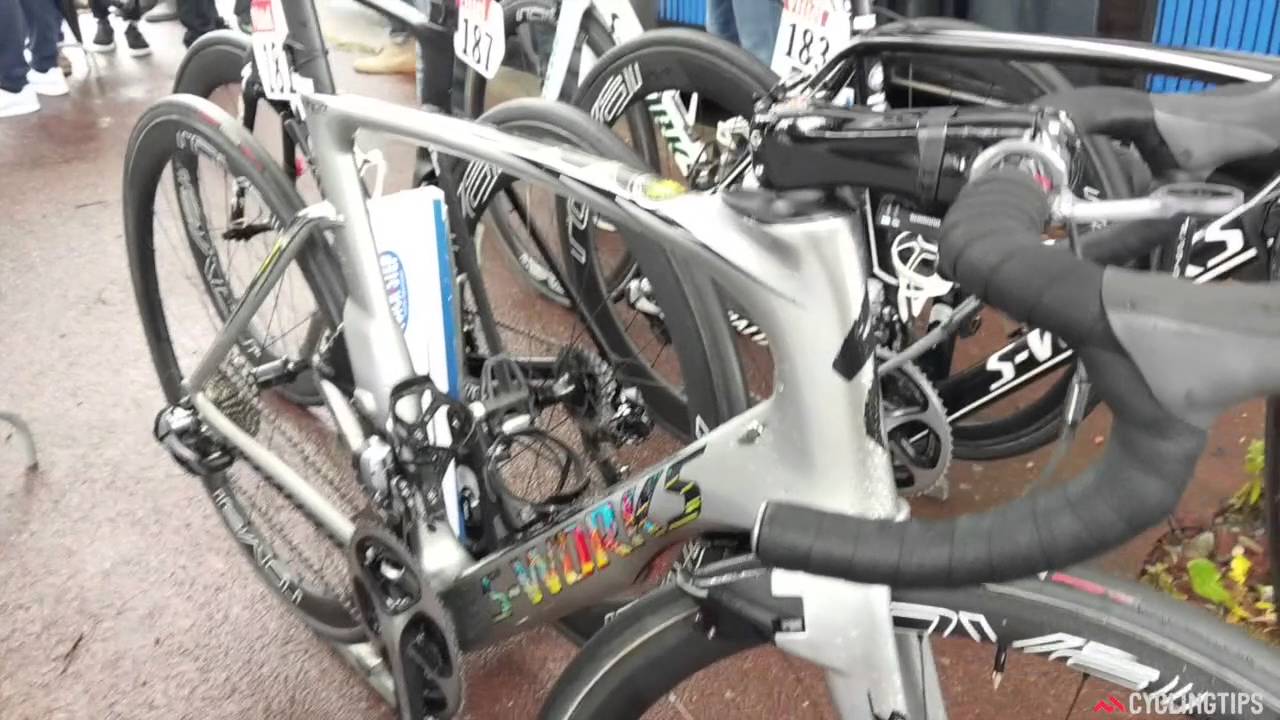 “I like this bike a lot and I really thank Specialized for having prepared it for me right before the most important competition of the year, said Kittel. “What impresses me the most about this bike is the contrast between the alloy-colored frame and the applied decals. They are an explosion of colors and they represent in a way what happens in a sprint, an explosion of power and speed. It’s also in part what happens to your muscles when you break into a sprint. I’m happy that this great project has become a reality.”