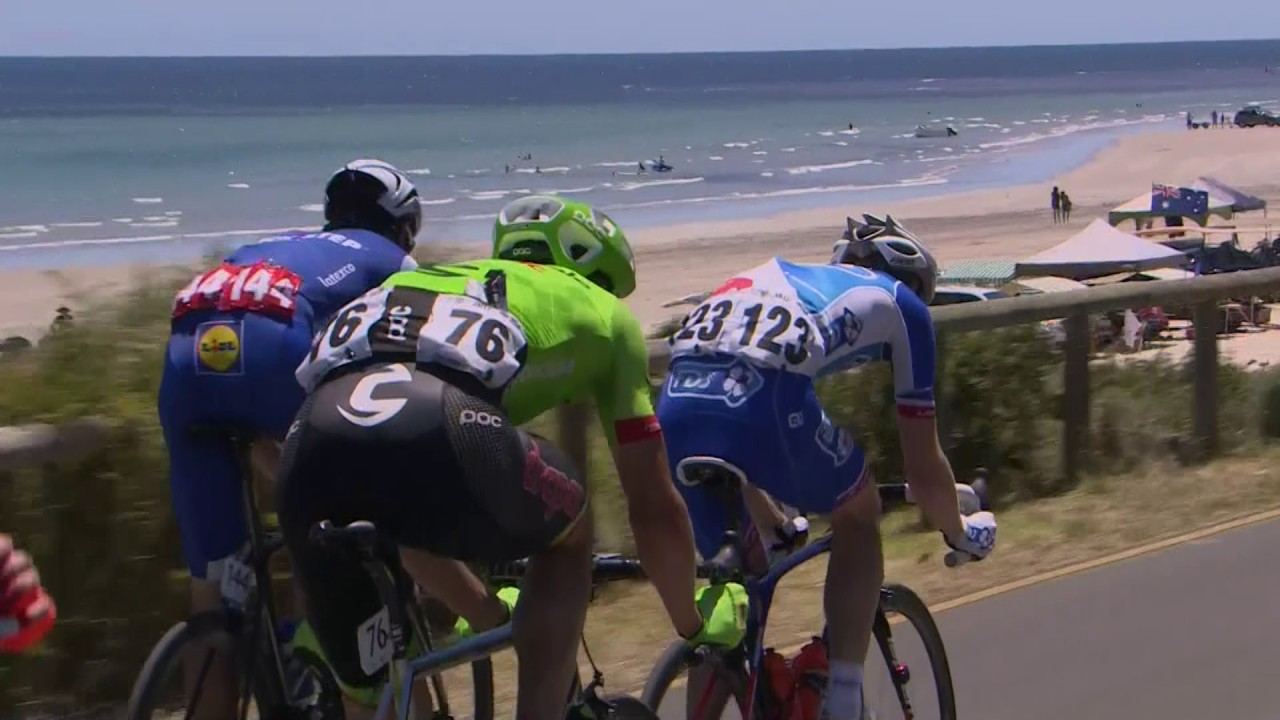 WILLUNGA HILL, Australia (CT) – For a record-extending fourth time in a row, Richie Porte (BMC) has ridden away from his rivals to take a stunning solo win on Willunga Hill at the Santos Tour Down Under.

Porte, in the ochre jersey of overall leader, marked early attacks on the 3km finishing climb, before making his move with 2km to go. No one was able to match the Tasmanian’s acceleration and Porte went on to finish the stage 20 seconds ahead of a group of four chasers.

Despite the apparent ease with which he rode away from the field, Porte said after the stage it was the most painful of his four Willunga victories.

“It was the hardest one I’ve had so far,” Porte said. “Attack’s the best form of defence. I didn’t want to go so early — I don’t think I’ve attacked that early on Willunga. I was in a world of pain there in that final part.”

Porte’s decision to attack when he did was a spontaneous one, motivated by the condition of those around him.

“You can look at power meters and all this sort of stuff but I think the best sign for me was when I looked at the other guys and they were more stuffed than what I was,” Porte said. “So I think that was the perfect moment to go.”

Porte had seemingly gone into the stage in two minds, saying his main focus was defending his overall lead but also saying an attack wasn’t out of the question. Not so.

“To be honest I was never in two minds — I just lied to the journalists,” Porte admitted. “No, look, I knew I had to attack and I’ve got good legs at the moment.”

After getting dropped earlier in the climb, Nathan Haas (Dimension Data) battled his way back to the elite chase group before taking the sprint for second. The result puts Haas into third overall while Esteban Chaves (Orica-Scott) moves up to second overall after finishing third on the stage.

Gorka Izaguirre (Movistar), who was second overall coming into the stage, was dropped on the approach to the second and final ascent of Willunga Hill and eventually finished 1:50 behind Porte.

Earlier in the day a four-rider breakaway got clear of the bunch in the opening kilometres and built a lead that grew to beyond two minutes. Jeremy Maison (FDJ), Will Clarke (Cannondale-Drapac), Jack Bauer (QuickStep Floors) and Thomas De Gendt (Lotto Soudal) were all caught by the time the race hit the final ascent of Willunga Hill, 3km from the finish.

Porte’s win sees him extend his lead in the general classification to 48 seconds with just one stage remaining. Barring a significant mishap in tomorrow’s city-centre circuit race, Porte will be crowned the winner of the Santos Tour Down Under for the first time. But the Tasmanian is keen not to jump the gun.

“Tomorrow is not a procession,” he said. “I’m in a good position but you know you do have to stay out of trouble. I just want to finish it off tomorrow without any issues.

“I’ve always wanted to win this race. I remember doing this race in 2008 with UniSA and it’s just a great race. I’ve said it before — I’d love to have my name up there on the honour board.” 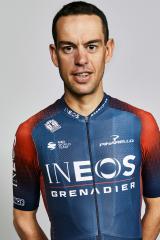 #2017 Tour Down Under
#Features
#Richie Porte