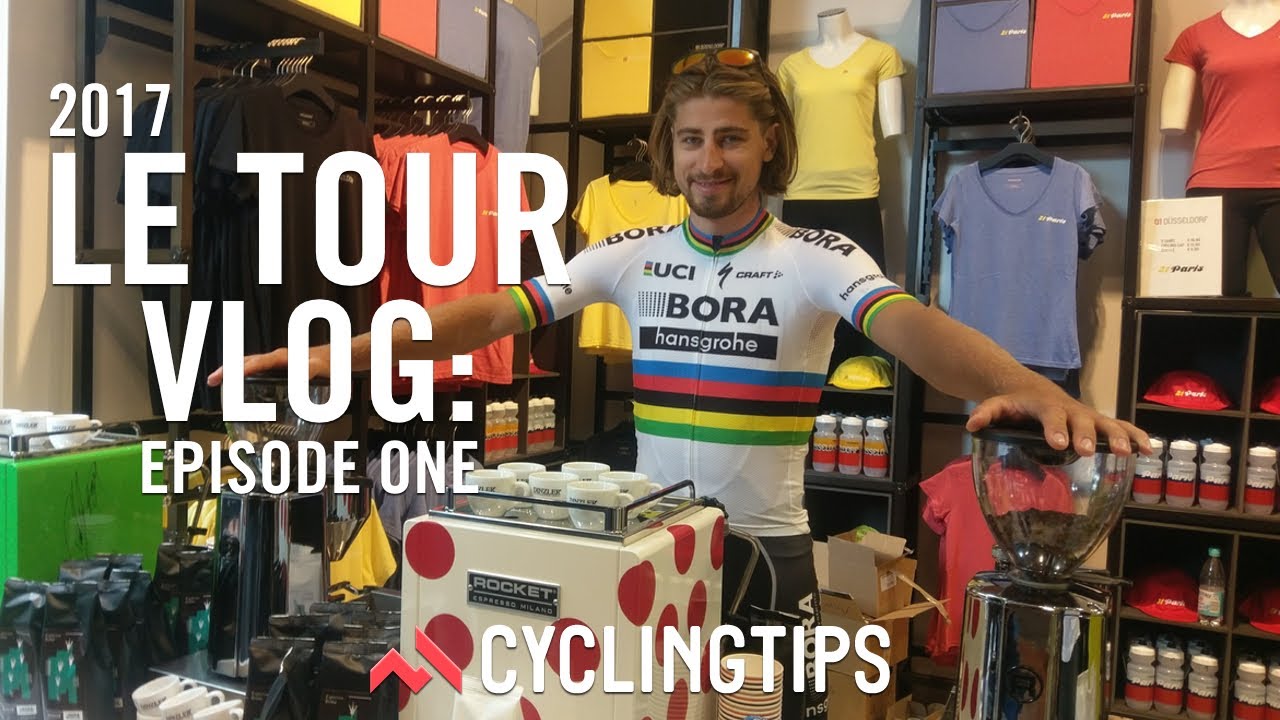 Stage 1 of the 2017 Tour de France is just hours away from starting. Time trial bikes are ready, the city of Düsseldorf is engulfed in yellow fever (of the good sort), and our three journalists on the ground are ready to capture all the action.

After a 40-hour flight from Melbourne our Australian editor Matt de Neef is ready to lead the crew. Crack reporter Shane Stokes is the veteran amongst the team having covered more Tours than he cares to remember. And rounding out the team is David Everett, there to gather all the latest tech and startline Facebook Live videos.

It’s going to be an eventful three weeks, there’s the racing, but there’s also so much going on behind the scenes, and this is where our vlog comes in. With it we will be aiming to show you how the race ticks, what happens away from the peloton. We’ll also be showing you the faces of the wider CyclingTips family, from the photographers we work with to the contributors who appear on the site.

Here’s the first instalment. In this episode you’ll find out why QuickStep Floors rider Jack Bauer doesn’t play the piano anymore, how Tour first-timer Jay McCarthy has been getting in ‘Le Tour zone’ since his days as a teenager. Plus we make it to the premiere of Orica-Scott’s feature doco, All For One.