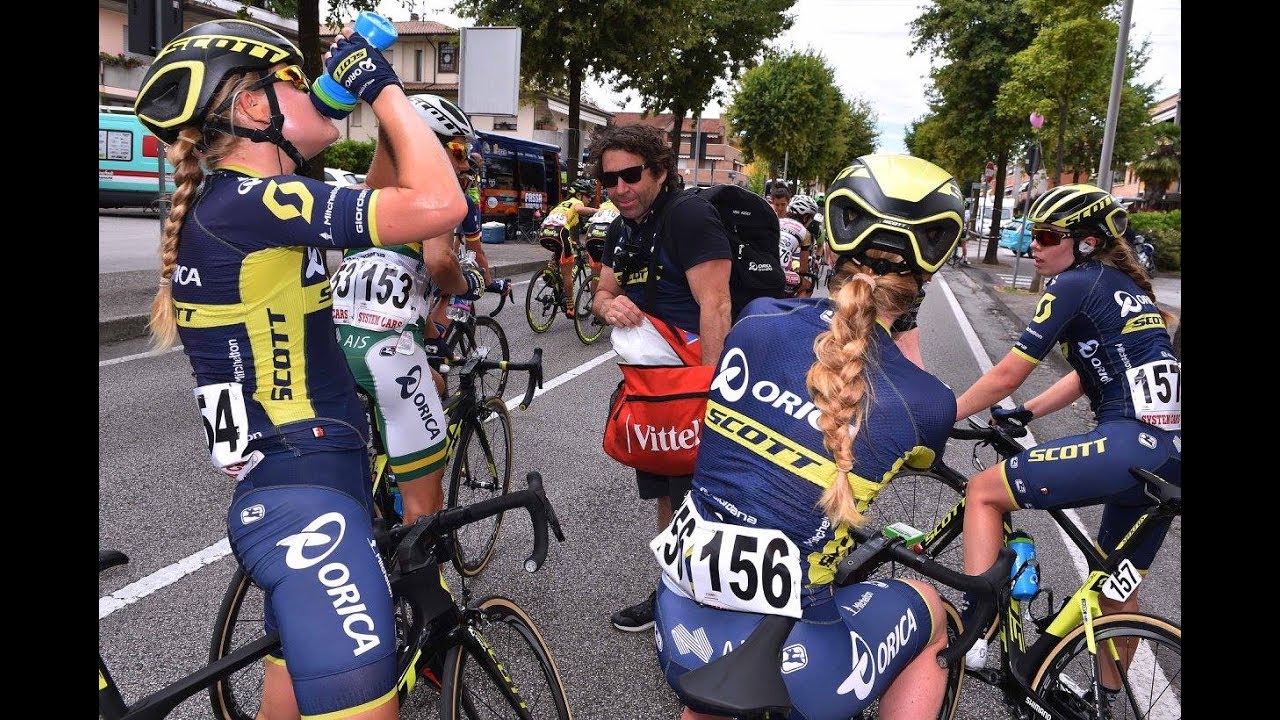 It was a day for the sprinters at stage 6 of the Giro Rosa as the peloton did three laps of a circuit from the beach side Roseto Degli Abruzzi. Lotta Lepistö (Cervélo-Bigla) took the win in the third sprint stage of the ten-day Italian tour.

The plan for Australian team Orica-Scott was all about holding position and recovery after a tough but hugely successful individual time trial for team leader and third placed GC rider Annemiek van Vleuten. It was hot, tricky with riders fighting for position in the sprint and one member of the team, Sarah Roy, limped back to the finish line with some skin off after a crash on a descent.

In the end there were no big changes in the general classification, though race leader Anna Van der Breggen (Boels-Dolmans) did snag an extra three second advantage by being on the right side of a split in the field on the final hectic run into the line.

Get the inside story of the stage with the latest instalment of Orica-Scott’s Backstage Pass above.

Missed some of the previous backstage passes? Click on the links to catch up on stage 1, stage 2, stage 3, stage 4 and stage 5.