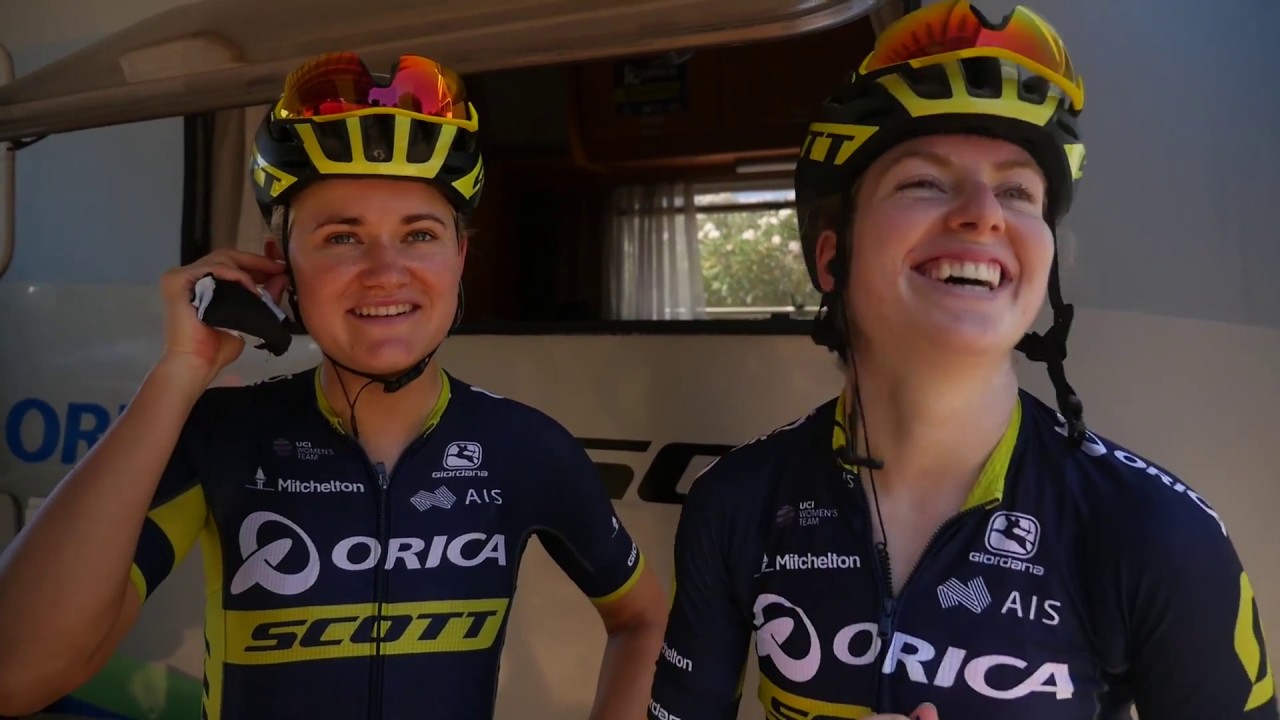 Backstage at the Giro Rosa: Getting set for a tough finish

The penultimate stage of the Giro Rosa was hard fought right from the start with temperatures again soaring and early hills to break up the peloton. Only a 50-rider group was left at the front after all the climbing was done and, when a three-rider breakaway was caught just before the line, Marta Bastianelli (Alé Cipollini) sprinted from the reduced bunch to take victory.

For Orica-Scott the aim for Stage 9 was to hold their position while giving their GC contenders, third-placed Annemiek van Vleuten and sixth-placed Amanda Spratt, the easiest run possible in the sweltering conditions. They wanted to muster all their energy for a tough final day.

It is no processional run into the finish on the final day for the race leader, which has been Anna van der Breggen (Boels-Dolmans) since Stage 2, as the battle is on right till the end of the 10 day Italian tour. The second category climb of Mt Vesuvius comes less than 20 km from the finish line and with it the last real chance to challenge for GC or gather Queen of the Mountain points. There are enough in play for Elisa Longo Borghini (Wiggle-High5) to challenge van Vleuten’s lead in the green jersey competition.

Find out more about how Stage 9 unfolded for Orica-Scott with the latest instalment of the Australian team’s Backstage Pass above.