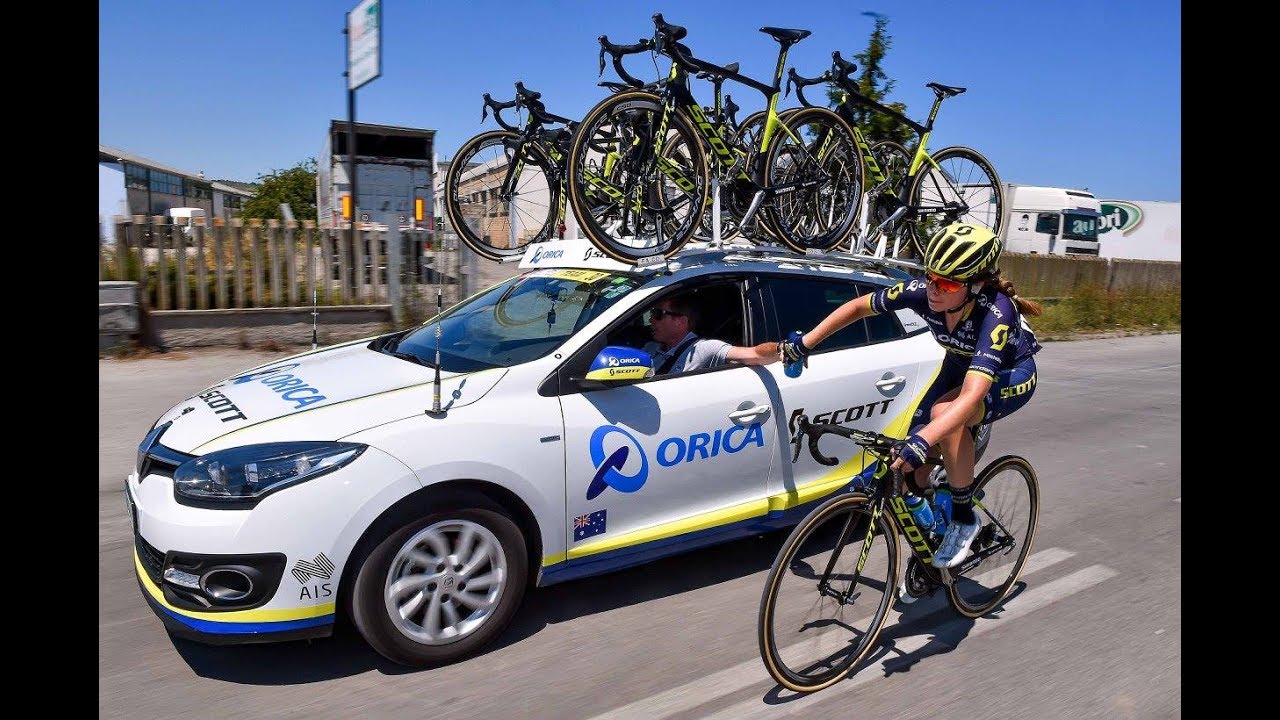 It was as action packed as it was hot for stage 7 of the Giro Rosa with so many riders determined to get off the front and take advantage of the dwindling opportunities to make their mark on the Italian tour. The peloton, however, was just as eager to chase them down.

Eventually, though, a break stuck and managed to hold on till the finish line, with Spanish road champion Sheyla Gutierrez (Cylance Pro Cycling) winning the sprint from the front group to take stage victory. In the meantime, another race was also playing out behind the front group.

Orica-Scott tried to force a selection on the Queen of the Mountain point in a bid to pull back time on the GC and shift Annemiek van Vleuten further up the overall podium. Van Vleuten holds third, 33 seconds behind Elisa Longo Borghini (Wiggle-High5) in second and 1’36” behind first-placed-rider Anna van der Breggen (Boels-Dolmans). Orica-Scott also has Amanda Spratt in fifth overall.

The Australian team’s plan didn’t result in any time gains on stage 7, however with plenty of uphill on the map for tomorrow, it was certainly not the last opportunity to claw back time. “There is a lot of climbing to be done … so we will have a few tricks up our sleeve I reckon and try and get some time back on overall,” said sports director Gene Bates.

Get more on the inside story of how the stage unfolded with the latest instalment of Orica-Scott’s Backstage Pass above.

Missed some of the previous backstage passes? Click on the links to catch up on stage 1, stage 2, stage 3, stage 4,  stage 5 and stage 6.