After Cylance spent the day attacking, Gutierrez is rewarded for their efforts as she wins from a small bunch in Giro Rosa stage 7 | Photo by Cor Vos

Giro Rosa stage 7: Sheyla Gutierrez fastest of the break after an action-packed day

After Cylance spent the day attacking, Gutierrez is rewarded for their efforts as she wins from a small bunch in Giro Rosa stage 7 | Photo by Cor Vos

Six stages in, Anna van der Breggen (Boels-Dolmans) is firmly in pink, but it ain’t over ’till it’s over, so with four tough stages still to come, it will be a fierce fight all the way to Torre del Greco on Sunday July 9.

Stage seven was action-packed from start to finish. The stage win eventually came down to an exciting cat-and-mouse game between a break and a chase group, that was won by Spanish road champion Sheyla Gutierrez (Cylance Pro Cycling). We have the full story, all the best shots and will add the highlights video as we come across them.

As the race heads further south, the temperatures continue to rise. It’s safe to say that a proper heatwave is happening in Italy, giving the riders just another obstacle on top of the challenging profiles in the Giro Rosa.

Anna van der Breggen (Boels-Dolmans) lined up for stage seven with the pink leader’s jersey firmly around her shoulders, leading with 1’03” on Elisa Longo Borghini (Wiggle-High5) in second place and 1’36” on Annemiek van Vleuten (Orica-Scott). With the hilly profile of today’s stage, it looked like the perfect day for Van Vleuten or Longo Borghini to attack the pink jersey wearer.

The peloton, by now 154 riders strong after 14 riders abandoned the race, departed a steaming hot Iserna at 12.30pm local time. The extreme temperates even led organisers to allow feeding from the very start.

But even with six days of hard and hot racing behind them, Spanish road champion Sheyla Gutierrez (Cylance Pro Cycling) and Nicole Nesti (Aromitalia-Vaiano) put the hammer down within the first 10 kilometres. They weren’t give any leeway though and were quickly reeled back in by the peloton quickly.

With a breakaway standing a chance to stick to the line, riders were shooting off the front left, right and centre to escape the peloton. A 10-rider group was briefly off the front, but Wiggle-High5 brought them back. Attacks were flying all through the first hour of racing.

An 80-minute fight for the break

Cylance Pro Cyling was clearly up to something. Their British rider Dani King was the first one to get a substantial gap to the peloton, taking 30 seconds on the peloton 40 kilometres into the stage.

Four chasers went to hunt for King, and knowing there were 100 kilometres yet to come, she would have surely welcomed the companionship of those four. However, the peloton had different plans and once again reeled in the escapees.

Several more breakaway attempts followed and for 80 straight minutes, it was pure entertainment.

The teams of the GC top three, Boels-Dolmans, Orica-Scott and Wiggle-High5, were not represented in the break, but with Stultiens the best-placed rider of the break at 5’52” from Van der Breggen, none of them posed an immediate threat to the pink jersey.

Roxane Knetemann (FDJ-Futuroscope-NA) recognised the potential of this strong break and tried to bridge across. But she was too late. After an hour and a half of attempts, that became the break of the day, as these 13 riders were heading towards Baronissi with a gap of over a minute to the peloton.

Cat-and-mouse to the line

The peloton was clearly happy that a break had gone clear, the advantage quickly rising to over three minutes. The scorching heat did have its impact on the riders. Hosking wasn’t able to hold the pace of the break and dropped back.

The intermediate sprint point came at the 89 kilometre mark, and was contested by the break. Stultiens took the maximum number of bonus seconds available, ahead of Jackson and Cipriani. The QOM climb followed only 10 kilometres later. The high temperatures and gradients on the climb caused more riders to temporarily drop from the break. The Canyon-SRAM duo pulled hard at the front, but it Guderzo came across the top first.

The climb was used by the peloton for a chase group to form, which included all the GC favourites, and they were rapidly approaching the leaders.

A cat-and-mouse game ensued, with the gap first diminishing rapidly until it went back up again. Was it going to be two races in one, with separate fights for the stage win and the GC? Or would the GC contenders bridge to the front and contest the stage win as well?

With the break’s advantage quickly went down to just over a minute with 9 kilometres to go, and a collective sense of excitement swept through Twitter, all of the women’s cycling community eagerly hitting the ‘refresh’ button on their phones and computers to get the latest updates on their screens.

Seven kilometres, one minute ahead.

When the break hit the flamme rouge, it was finally clear that the break would hold it until the finish line.

Twelve leaders sprinted towards the finish line in Baronissi, with Spanish road champion Sheyla Gutierrez (Cylance Pro Cycling) throwing her bike across the line first. It was a fitting reward for the active style of racing of Cylance Pro Cycling throughout the day. Paladin (Alé Cipollini) and Bujak (BTC City Ljubljana) finsihed in second and third respectively.

This is Gutierrez first ever women’s WorldTour win and she was overcome with tears of joy.

The chasers meanwhile rolled across the finish line in one big bunch shortly after. It means no changes to the GC and Van der Breggen will pick up her sixth pink jersey of the tour after the stage.

“The heat was a challenge today,” said Van der Breggen’s teammate Karol-Ann Canuel. “We all drank at least 10 bottles. It was crazy. Everyone today did an incredible job going back to the car to get bottles. That was really important today. Eating and staying hydrated as much as possible was a team effort.”

“For us, the plan was to let a break with no dangerous riders get away,” she added. “That was the best scenario for us today.”

Orica-Scott tried to challenge Boels-Dolmans and the pink jersey wearer on the QOM climb, as sport director Gene Bates explained.

“We tried to break the race up and force a selection on the main climb of the stage,” he said. “A group of six went over the top including, Annemiek and Amanda Spratt, but naturally with all the GC riders there, they were all looking at each other and a bigger group came back on after that.”

Team Sunweb coach Adriaan Helmantel also mentioned the heat as the biggest challenge of today. “It was a long, hot and hard day,” he said. “It took a long time before the break went and we had Sabrina in it. Of the breakaway riders, she was top placed in GC. Not a bad situation, but the group was 13 riders and therefore it would be better to have one more rider in it.”

It was already mentioned by the UCI WWT Twitter feed that Lucinda Brand (Team Sunweb) was chasing, while her teammate Stultiens was part of the lead group. An unusual situation, but Helmantel explains why. “On the steep climb Coryn needed to change bike due to problems with her derailleur,” he said. “On the flat part, her group came back and we started directly chasing with Lucinda and Floortje [Mackaij]. At that moment the gap was 3 minutes with 35km to go. Only Astana were interested in helping the chase, but it was not enough. The break stayed away with around 30 seconds and Sabrina sprinted to place 6th.

“Of course we are disappointed that we could not bring it back for a sprint and that Sabrina was not able to get a better result,” he added. “On the other hand, we are proud of how the girls worked in the chase with one clear goal.” 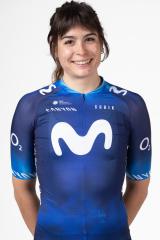 The peloton will depart from day’s finish city Baronissi to take on the queen stage of this year’s Giro Rosa. Again only one category-2-climb, but much more climbing can be found in the stage profile (plus, it’s the Giro Rosa, right?). The intermediate sprint point is located after the first big uncategorized climb.

With a 30-kilometre descent to the finish after the top of the QOM climb, this stage could finish either in a breakaway sprint, a solo win, or – if the GC contenders are keeping each other in check – a sprint between the favourites.

Check back tomorrow for the Giro Rosa Round-up of stage eight!

Backstage at the Giro Rosa: Van Vleuten's loss of focus means a drop in GC

Backstage at the Giro Rosa: Van Vleuten's loss of focus means a drop in GC