The final selection came from a 28-rider breakaway that rolled on the first climb of the day, the Montée de Naves d’Aubrac. Tony Martin (Katusha-Alpecin) went away with a solo attempt 60 kilometers out, but was overcome on the final category 1 ascent by the proficient climbers in the move behind.

GC leader Chris Froome’s Team Sky had no intentions of bringing the large selection back, as the highest-placed rider within the move, Damiano Caruso (BMC) was over 11 minutes down.

“It’s amazing, I’m so happy to finally win a stage at the Tour de France, I just can’t believe it,” Mollema said. “It’s what I have worked for so hard over the last few years. I knew there was a chance at the beginning of the stage, there was a strong breakaway, about 10 guys, but there were a lot of teams that wanted to block the road, so we couldn’t pass. Finally my teammates got to front, [Michael] Gogl, and Koen de Kort, and we kept the speed up in the peloton. On the first climb we went full gas, trying to bridge to the leaders. Finally we made it, with 25 guys, we made the breakaway. I felt good and gave it a try in the last 30km. I think I’ve never done such a long ride alone. But in the end, I made it.”

A savage race would also play out within the main field. Approaching the Montée de Naves d’Aubrac, Ag2r La Mondiale took the front and set a fast tempo into the lower slopes of the climb.

Froome quickly found himself distanced due to a positioning error but made it back quickly with the help of his Sky teammates. Moments later, he had a rear flat and stopped roadside for a wheel swap with teammate Michal Kwiatkowski. This time the GC group had left him behind by almost a minute. Again, Froome had teammates with him who aided in his ultimate return to the field. Doubtless, the two situations caused back to back panic within the Sky camp.

“It was a pretty scary moment,” Froome said. “There’s never a dull moment at this Tour. Coming into the foot of the main climb, Ag2r took the race on, and at that moment I had to change my back wheel. I stopped with [Michal Kwiatkowski], changed the wheel, and the rest of my teammates sat up and paced me back. On the last little bit over the top, Mikel Landa dropped out of the front group to help me for the last few hundred metres, but it was pretty scary. I thought the jersey could change hands again. I’m grateful to be in yellow, and again I want to say ‘thank you’ to my teammates for amazing work today.”

Stage 15 was a breakaway – friendly course with Category 1 climbs on each end of the 190 kilometer stage and a rolling 140 kilometer stretch in the middle. The intermediate sprint fell midway through the day at the base of an uncategorized ascent. It was taken with ease out of the break by Michael Matthews of Sunweb, decreasing the gap between himself and Marcel Kittel (Quick Step Floors).

There were five instigators on the day up the category 1 Montée de Naves d’Aubrac, 30 kilometers into the stage. Like on Stage 13, KOM classification leader Warren Barguil was involved. With him, Damiano Caruso (BMC Racing), Dylan Van Baarle (Cannondale-Drapac), Serge Pauwels (Dimension Data), and Tsgabu Grmay (Bahrain-Merida).

Behind, the peloton succumbed and let a large group roll after the initial five.

Sky, leading the peloton behind, had no intention of chasing. Interviewed by FranceTelevision Sunday morning, DS Nicolas Portal explained their plan.

“We’ll have to pay attention in the finale, especially in the last big climb. We want this breakaway to stay away. It would be nice if they had seven minutes lead at the bottom of the climb. That’s why we let them go for now.”

Caruso was the best placed in GC within the breakaway at over 11 minutes down on yellow jersey Froome, and thus, there was no imperative to bring back the large move.

After the two groups out front converged atop the Montée de Naves d’Aubrac, their margin quickly rose. The 28-rider selection worked well together and continued to grow their time gap over the main field. With 60 kilometers remaining, and the margin over seven minutes, Martin opted for a solo attempt. He attacked and his gap quickly grew into the base of the second category 1 climb of the stage, the Col de Peyra Taillade.

A minute behind Martin, at the front of the 27-rider breakaway, BMC set tempo. With the loss of Richie Porte on Stage 9, Caruso had become Plan B. BMC’s apparent intentions were to pull Martin back and set up Caruso for the stage win. But the race within the breakaway would be completely reset on the Col de Peyra Taillade, with Barguil attacking. Barguil caught a struggling Tony Martin three kilometers from the summit but his move would ultimately be in vain with a lead group once again converging, this time over the top of the Col.

Mollema attacked on the downhill into the last categorized climb of the day, the two kilometer Côte de Saint-Vidal with 13 kilometers to the line. The chase group was fractured and inefficient, and Mollema capitalized, taking the win solo by 20 seconds. Mollema’s win marks his first ever Tour de France stage win, and the first win for Trek-Segafredo during the 2017 event.

Behind, the race within the general classification

Like BMC in the selection out front, Ag2r La Mondiale set pace into the lower slopes of the Col de Peyra Taillade. Froome found himself distanced by the acceleration from Romain Bardet’s team, but led by Vasil Kiryienka, Mikel Nieve and Sergio Henao he quickly began to find his way back. Moments later, after just having regained contact with the charging peloton, Froome had an issue with his rear wheel and again dropped back, receiving a new wheel from Michal Kwiatkowski.

For a moment, it looked like Ag2r’s tactics in distancing Froome and shepherding Bardet into yellow might be successful.

“The plan was to take advantage of a stage and a parcours that I know well, and we wanted to put our closest competitors under pressure,” said Bardet. “I definitely want to salute my teammates who did a phenomenal job. I had a lot of fun, and I also want to thank the fans on the side of the road who gave me so much support that carried me to the finish. We can really be proud of what we did today. There are still six fantastic stages to go; we have to remain humble.”

After what were surely back to back moments of panic for the three-time Tour winner, Sky proved its collective prowess in handling critical situations within the GC battle as Froome regained contact. Landa, after his controversial Stage 12 distancing of team leader Froome, dropped back from the group of GC contenders and was critical in Froome’s return to the group.

After multiple attempts to create separation between himself and the GC group, tenacious Dan Martin (Quick-Step Floors) finally succeeded in rolling off on the final short ascent of the Côte de Saint-Vidal. His efforts awarded him 14 seconds over the GC group at the line, moving him up to fifth in the GC, 1:12 down.

“Everybody was on their limit on the last two climbs, and it’s really no surprise, as this week has been brutal,” Martin said. “After the last ascent, I noticed how tired everyone was and how they kept looking at each other, so I said to give it a try. Can’t say the plan at the start of the day was to attack, I just seized the opportunity. I am happy with my legs and now I’m looking forward to the rest day. After this, we’ll see what the last week holds and what I can do in the Alps.”

Nairo Quintana (Movistar) had a rough day, losing almost four minutes in the GC battle and moving down to 11th overall. 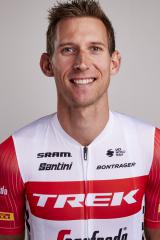 Preview: Everything you need to know about Stage 16 of the 2017 Tour de France

Preview: Everything you need to know about Stage 16 of the 2017 Tour de France