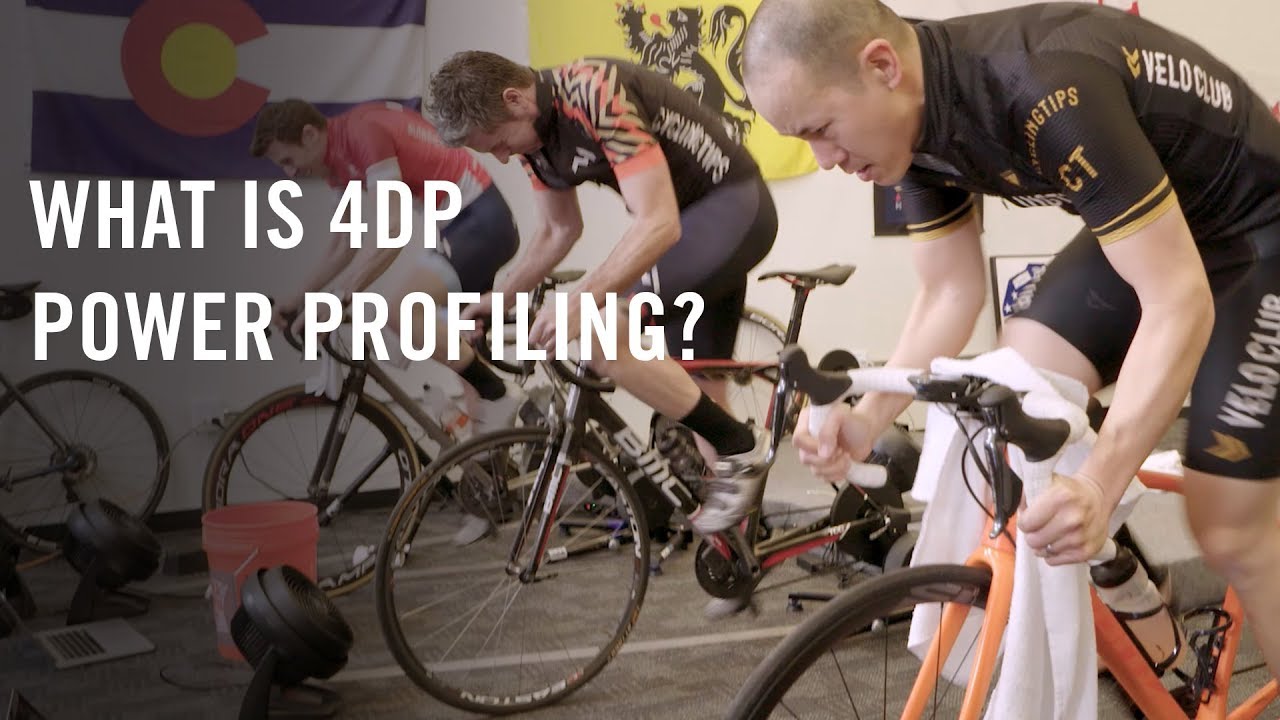 Full frontal: How the Sufferfest’s 4D power profile can make you faster

Honestly, we didn’t know what to expect. We just knew it would hurt.

In this case, “it” was a fitness test called Full Frontal, so named by the witty and masochistic crew at The Sufferfest, a subscription-based web training app for cyclists who want to get faster. Full Frontal is an hourlong indoor trainer session — power meter, smart trainer, or speed sensor (for virtual power) required — that puts riders through four different performance tests to get a clear picture of their strengths and weaknesses, which is then applied to future workouts. The net result of the Full Frontal test is a power profile Sufferfest refers to as 4DP — a rider’s four-dimensional power.

“Doing this test as a group usually gets people to dig a little deeper,” the email read. “It should be a fun day.”

In this case, “we” consisted of myself along with my CyclingTips colleagues Caley Fretz and James Huang. The three of us all live in Boulder, Colorado, conveniently in the same town as Neal Henderson, founder of APEX Coaching and the man who trained Rohan Dennis and Evelyn Stevens to successful Hour Record attempts. Henderson is man who wears many hats; he’s worked with USA Cycling and BMC Racing, he’s an occasional CyclingTips contributor, and to the folks at Sufferfest, he is their “chief architect of suffering.” Along with APEX sports physiologist Mac Cassin, Henderson would be the man leading us through this test and then explaining to us what it meant, and how it could be applied.

Most anyone who has gotten deep into cycling physiology and focused workouts has done a Functional Threshold Power (FTP) test, a 20-minute effort that illustrates an athlete’s sustained aerobic endurance extrapolated to a one-hour effort. It’s been the standard for cycling training for decades, and given that cycling is an endurance sport, this makes a certain amount of sense.

However just as not all athletes have the same physiology, no two races are the same — differences in courses, field strength, team role, tactics, weather conditions, and myriad other factors all call on different efforts and muscle groups at different times. Two riders may have the same 20-minute FTP (aerobic power), but their five-second (neuromuscular), one-minute (anaerobic), and five-minute (maximal aerobic) power may differ greatly, requiring different workout plans to improve upon their weaknesses, or build upon their strengths.

In short, FTP is useful, but it really only reveals an athlete’s aerobic endurance; it doesn’t reveal anything about a rider’s ability to sprint, recover from intense efforts (such as an attack), or get over a short, punchy climb. All of these metrics are critical in determining rider type and prescribing workouts. A high-intensity session for one rider with the same FTP as another may be too hard, or not hard enough; four metrics provide a more complete picture than one.

It was late December, and excuses ran hot and heavy in the build up to our Full Frontal test. I led the way. I’d had two injuries over the previous six months, one on each side of July, when I barely touched the bike due to this big bike race over in France. We had a toddler at home; she’d brought home a cough from daycare that plagued me for a month. It was practically the holidays. Hell, it was snowing outside. The list went on and on. Caley and James offered up a few half-hearted excuses of their own, but if this had been a five-dimensional test, with excuses part of the equation, I would have been the clear winner. I think it’s fair to say we’re all a bit stronger than we showed that day, but still, the numbers don’t lie.

Dave McQuillen, founder of the Sufferfest, sent us a link to a video on how to manage the week before the Full Frontal test, in order to get the best result. I’m not sure any of us watched it; I do know for sure that Caley was drinking tequila the night before the test.

Our bikes were set up looking at screens that connected iOS devices running the Sufferfest app, which guided us through the Full Frontal test. Cooling fans were blowing as footage from pro races neatly synced up on screen with the tests, so that you’re watching, say, Peter Sagan solo to win the Tour of Flanders as you’re pushing through your effort. I’d like to say I completely focused on the data on my screen and not on the others’ displays, but I’d be lying. The sprint test was first, followed by the five-minute effort, which I found hardest; the 20-minute effort followed, with the one-minute test coming last.

Once we were done, it was time for individual data analysis. The Sufferfest app uses an algorithm to analyze the Full Frontal test results, taking into account absolute values as well as rider weight and the relationships between a rider’s neuromuscular, maximal aerobic, functional threshold, and anaerobic capacity. We would find out if we were one of six rider types — sprinter, attacker, pursuiter, time trialist, climber, or rouleur — and what we could do to build upon whatever foundation we might have.

As it turned out, James and I had very similar 20-minute power numbers — mine was 219 watts, his was 206 watts, and we were both at around 2.9 watts per kilogram — but other metrics varied greatly. Our five-second power was nearly identical, but my sprint was stronger, relative to my one-minute and five-minute power numbers, while James had better anaerobic and maximal aerobic power relative to his 20-minute, or sustained, power.

I was described as a sprinter, with my weakness being my VO2, which was determined by the five-minute test. Sufferfest workouts recommended to me were painful-looking interval sessions with names like “A very dark place” and “Nine hammers.” On, off, on, off, over and over. I’m no physiology expert, but I know just enough to know these types of workouts are truly miserable. Insert sad emoji here.

Because James had better shorter-duration efforts, he was described as an attacker, with sustained efforts as his weakness, and was prescribed sweet-spot workouts with titles like “Thin air” and “To get to the other side.” We have similar FTP numbers, but he was assigned more pleasant workouts. Lucky him. (It’s been pointed out, rightly so, that these sweet-spot workouts sound more pleasant to me because they play to my strengths, and that the VO2 workouts I dread would not seem nearly as bad to James.)

To explain how having four metrics makes for better prescribed workouts than just using FTP as a baseline, let’s set all of this into a real-world scenario. If James and I were doing VO2 workouts solely based on our FTP numbers, rather than our V02 data, we’d be prescribed intervals at 120% of our FTP. For James, his targets would be set at 247 watts; that would be too low, and he would find the workout not all that challenging. Working off my 219W FTP, my target would be set at 262 watts, which would be too high; I would find that workout far too difficult. Neither of us would get the maximum benefit. Using 4DP to reference our five-minute power for V02 intervals, James would be tasked to target 261 watts, and I’d be targeting 244 watts. We’d find those workouts the same, in terms of difficulty, and more importantly, we’d get the correct benefit the workout was designed to provide.

As expected, Caley had higher numbers than both of us in all four categories. I’d like to say it’s because he’s 15 years younger and doesn’t have kids, but the truth is he’s faster than either of us have ever been. Due to his strong five-second effort relative to his sustained power, he also fit the sprinter category, and would also be prescribed VO2 max intervals. Bleh. Misery loves company, Caley.

And therein lies the power (pun intended) and brutally honest truth of a 4DP power profile. Doing the hour-long Full Frontal fitness test isn’t the hard part, it’s what you choose to do with the results where the pain is found. Either you choose to do nothing, ignoring the science that has shone a light on your strengths and weaknesses, or you choose to do the workouts, bringing untold pain upon yourself — but, hopefully, also to your competition.

But hey, this is bike racing. No one said it would be easy.

Video content for this piece was produced in collaboration with The Sufferfest. A subscription to The Sufferfest is $10 USD/month, or $99 USD/year. That includes all their cycling videos, including the Full Frontal test, as well as their collection of yoga, mental toughness, running, and tri videos, and all the app functionality. There is also a seven-day free trial. For more visit thesufferfest.com.

WHAT IS YOUR 4DP?