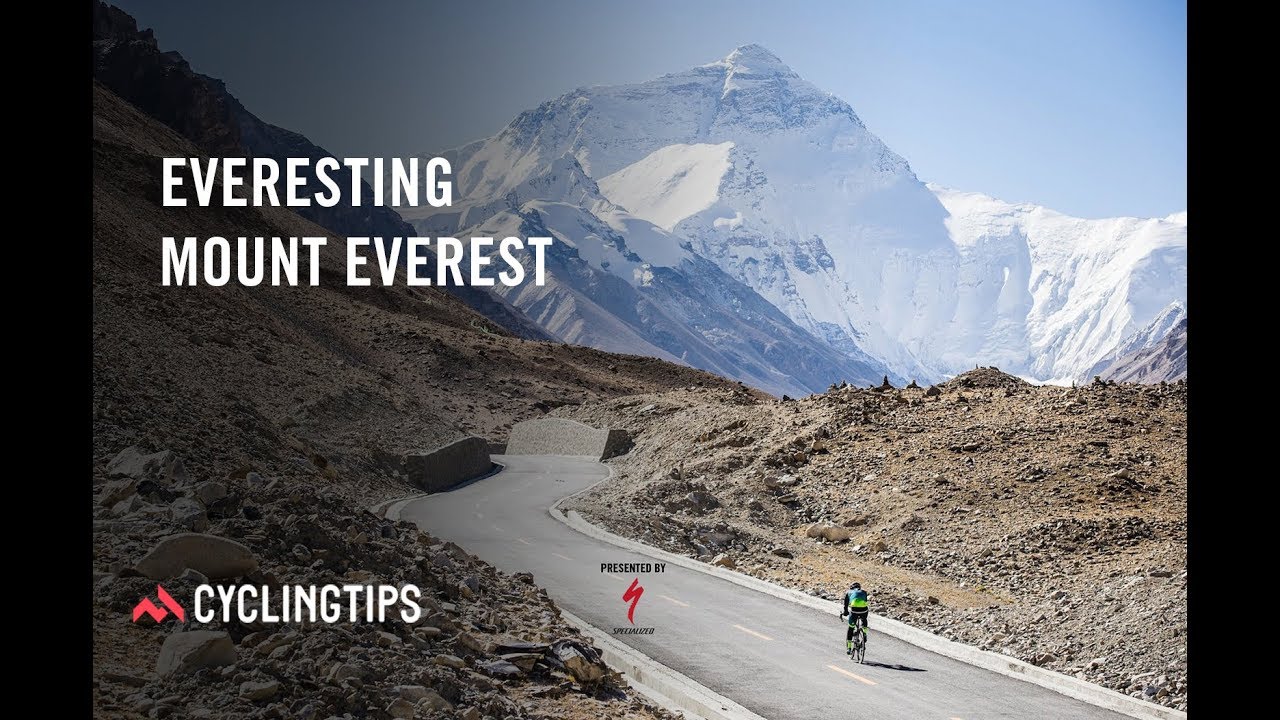 Since late 2013, riders around the world have been attempting to “Everest” their local climbs; trying to complete enough ascents of one climb to amass 8,848 metres of vertical gain — the height of Mt. Everest.

Nowadays, “Everesting” is a global phenomenon — more than 2,700 “Everestings” have been completed, from roughly 2,000 riders, in almost 80 countries. But now, for the very first time, a rider has completed an “Everesting” on the slopes of Mt. Everest itself.

Just before midnight on Wednesday August 8, Chinese rider JJ Zhou completed his 176th lap of the 1km sealed climb to Everest Base Camp in Tibet, tipping him over 8,848 vertical metres in the process. The ride had taken him 41 hours — without sleep — in which time he covered 354km, all at more than 5,000m above sea level.

Throughout the ride Zhou battled the high altitude, rain, and the constant “katabatic” headwind that funnels its way off Everest and down into the valley below.


Zhou said after his succesful attempt that his “legs are destroyed but heart and mind are in nirvana.” He fuelled his effort with rice, noodles, bars, a plant-based protein supplement, and sugared tea with milk.


Bufton congratulates Zhou after the ride.

Zhou’s effort comes nearly a year after CyclingTips’ Andy van Bergen — the founder of “Everesting” — was part of the first attempt to Everest Mt. Everest, a ride made possible by the 2017 sealing of the road to Base Camp. Click through to read the full story or of that adventure, or watch the documentary.

That expedition and Zhou’s attempt were both completed as part of a trip led by Serk Cycling, a Chinese-based company that specialises in cycling adventures throughout Asia. Zhou works at Serk in the apt role of adventure manager.