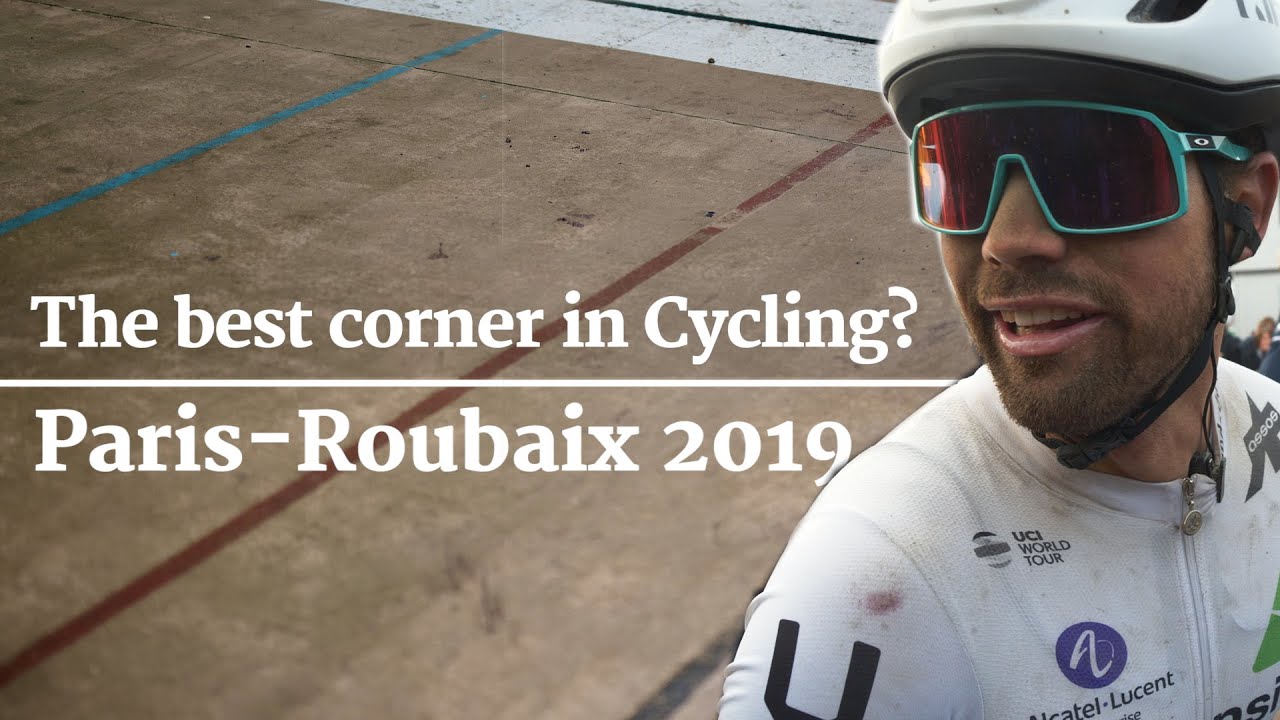 The television pictures on the big screen in the corner of the old Roubaix velodrome are a second or two behind reality. So you watch the leaders bump over the final sector and turn right, and then, knowing about the TV lag, you drop your eyes from the big screen, down to the spot where they will appear. The point where pavement ends and concrete begins. The right-hand corner onto the velodrome: The greatest corner in pro cycling.

In this gap, the one between the TV and reality, you stop. Stop breathing, stop thinking. And you wait. It’s no more than ten seconds. Maybe five. Is it quiet? Seems quiet. Just the hum a crowd that stopped talking all at the same time. And then, as one, as the first rider’s front wheel crosses the threshold from black pavement to the smooth grey concrete of the velodrome, everything comes rushing back. All the noise, the banging of clenched fists on the boards, the bellows of the announcer and howls of fans, booming into an amphitheater of concrete all at once.

“It’s what you’ve been fighting for,” said EF’s Matti Breschel.

The greatest corner in pro cycling, I tell you.

There are others that deserve a mention. Dutch Corner, which isn’t really a corner but a more of a bend and a straight pitch three-quarters of the way up Alpe d’Huez. The party starts two days before the riders get there, and is so raucous that there were rumors, last year, that on race day the tents secretly served alcohol-free beer just to try to sober people up. If that’s true, it didn’t work. There’s orange everywhere, and when a Dutch rider comes through you can hardly hear yourself think. It’s a good corner. If you’re Dutch, maybe it’s the best corner. But only if you’re Dutch.

The right hand corner at the base of the Paterberg is at the end of a fast, twisting downhill, so that you have to dump a pile of gears all at once and you have to know where the little metal grate near the apex is because if you hit it, at full chap, you’re going down. It sets up one of the most iconic sectors of the Tour of Flanders, and as the riders pop out from behind the trees you can almost hear the roar from Oudenaarde. The left hand bend at the top of the Muur is good, too, and the church and cross are icons of some of the best race photography in sport. But the Muur is too far from the finish these days.

A rider once told me that twin lefts in front of the Arc de Triomphe that mark the end of 21 days of the biggest bike race on earth made him cry. It was his first Tour, and on the last lap around the Champs-Elysées he looked up and saw the Arc and realized that he’d done something he’d dreamed of doing since he was twelve years old, when his father took him out on his first road bike, seat slammed down onto the top tube so he’d fit, and taught him how to draft. That’s a good corner.

They’re all good corners. But they’re not the best corner.

The corner onto the Roubaix velodrome is a space between two worlds. Cobbles behind, match sprint ahead. Rough past, smooth future. Brute force to tactical nuance. Suspense. Atmosphere. That moment between TV and reality.

“I don’t think you can describe it,” Mat Hayman said, an hour after finishing Roubaix in the Mitchelton-Scott director’s car. “It doesn’t seem real to me if I’m watching other people do it.”

There’s something about the dichotomy of cobblestones and smooth concrete. The fight required on the cobbles, the danger present in every moment, is suddenly gone. And all that’s left is a sprint. Or a victory lap. More than anything, this corner is the end. It is relief. The cobbles are gone.

“I’ll never forget my first one,” Breschel said. “This is why I still ride.”

FROM THE SOURCE
4 weeks ago Read More