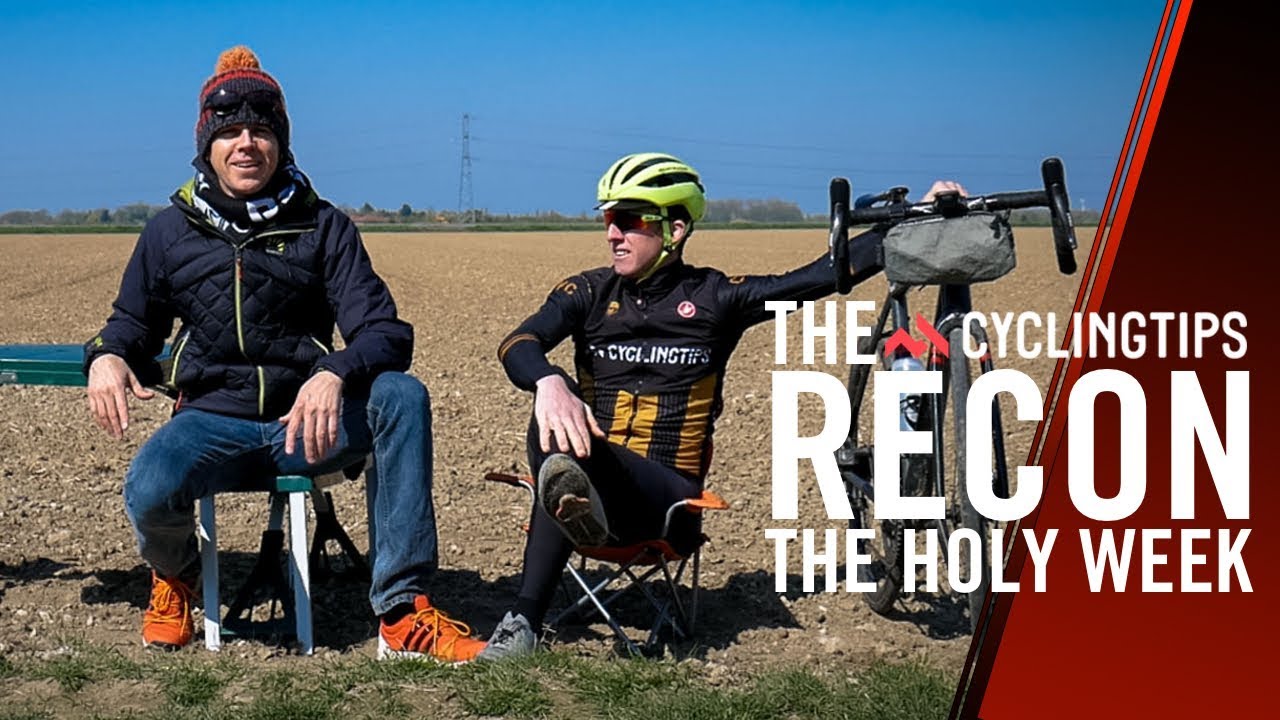 It’s not an episode of the Bunch, but something quite similar: We’re calling this show the Recon, because that’s what this week was all about.

Ask the average (non-cyclist) person if they want to spend ten days in Belgium in early spring and you’re likely to be met with, “You’ve got to be joking, I hear it’s the world’s most boring country”. They may know Tin-Tin and that the place has a high proportion of frite consumption, and little else. But say, “You want ten days in during spring in Belgium?” to a cycling fan and, well, it will be met with a resounding, “Hell yeah, where do I sign up.”

The week that separates the two northern classics of Flanders and Roubaix is a pretty damn special week for us cycling fans. It’s sprinkled with Schelderprijs in the middle and to say it’s a busy week for the CyclingTips crew is an understatement, there is so much going on. For us here ‘working’ it’s pretty damn crazy. While every Thomaes, Dirk and Heindrick are out and about tackling in the cobbles, smashing up the bergs and drinking a few high-calorie beers we’re dashing about, working hard and having our noses tucked firmly away in the laptops hopefully bringing you all the news and action that you want. And you know what, it’s blooming great. See you thought I was going to complain then, didn’t ya?!

This week been one of early starts, late nights and chasing the cobbled circus. I got dragged (not kicking and screaming, unsurprisingly) by Specialized to go and test the all-new Roubaix. Press launches can go one of two ways, a marginally nice day where we kind of get to do a bike ride but it’s interrupted by multiple stops, photo shoot opportunities, bike adjustments and you finally find yourself out for 6hrs with only 30km of riding in the legs. The other is a good solid ride, still with stops but with plenty of laughing, loads of good food and honest chit chat with the folks who want genuine feedback on the products they’ve put in front of you. I’m glad to say the Specialized Roubaix fell into the latter camp.

While I was bumping over the cobbles, Caley had the hard job of steering the CT ship from afar and in a time zone, he wasn’t used to. With an Oz office and a US team, I’m usually the only one awake in the Eurozone for CT, so Caley had a few late nights doing what an Editor-in-chief does…..don’t ask me what that is (It’s email. – Caley). But it needed to be done while on the road.

There are also the offers of visits that had to be taken up, a trip to the Trek-Segafredo team service course couldn’t be turned down. We got to see behind the rolling shutter door. Peeking at what it takes to run a team was mind-boggling in places, let us just say its a kind of 70,000 bidon boggling!

Then, of course, we needed to get out on course. Yep, the recon days are always worth checking out. Seeing the pros bounce at a slower speed across a few sectors and then bundle into team cars and buses can often throw up a good story or two. But to be honest it’s just fun to see a load of enthusiastic kids pretending to be their heroes while they wait for Van Aert, Van Avermaet, Sagan or Degenkolb to whoosh past them. Spending an afternoon in the sun with a nippy wind on deckchairs in the middle of a French freshly ploughed field is certainly one way to spend an April Thursday, and one of my favourites.

CyclingTips Podcast: A walk through the Tour of Flanders

CyclingTips Podcast: A walk through the Tour of Flanders