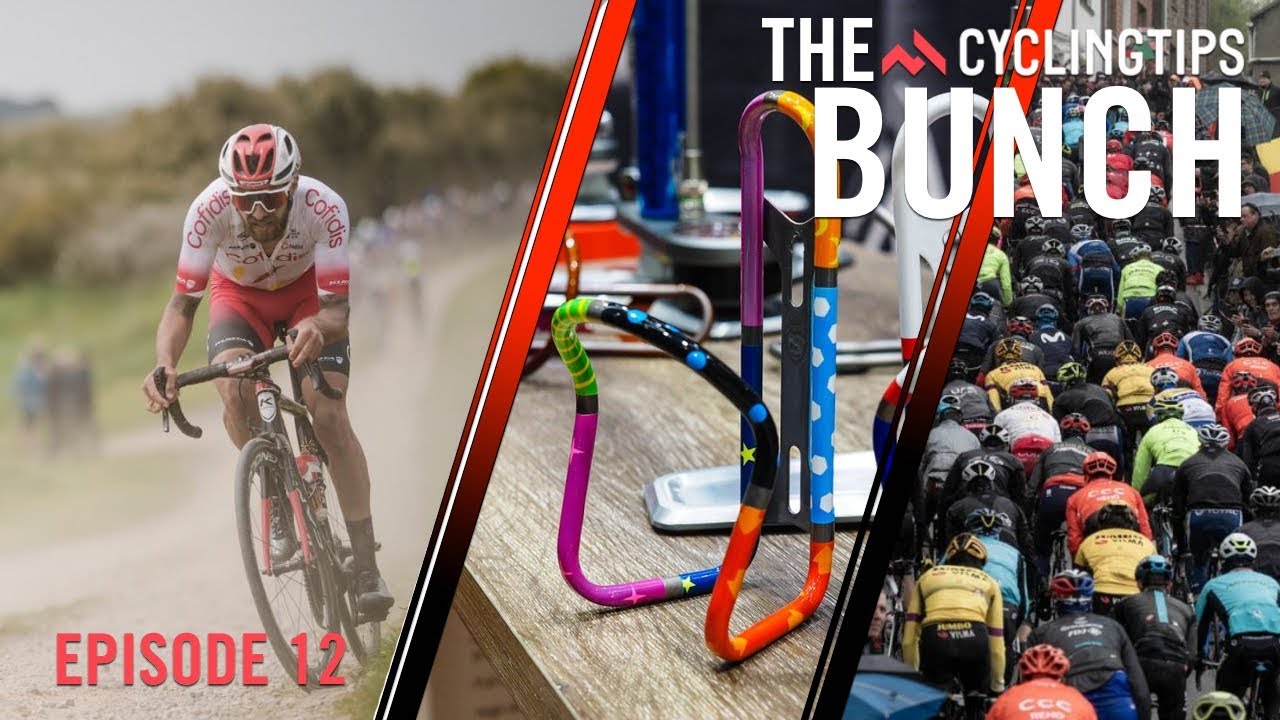 Welcome to the latest episode of the Bunch, delayed, rather unsurprisingly, by Italian WiFi.

I was subjected to Italian WiFi because I have been at a product launch in Italy for a fancy new bike. I can’t talk of due to one of those pesky embargos. But stay tuned to the site, or just keep an eye on the Giro d’Italia, I’m sure the eagle-eyed will spot it.

The best and worst part of this is that Caley and I will be experiencing more of this WiFi torment in the coming weeks when we dash round Italy chasing a few of the Giro stages. I’m treating this week as a training period, so I know what to expect.

Anyway enough of my ranting, that is James’ job after all. Let’s get back to The Bunch and this latest episode.

I can hear you shouting, “Now the spring monuments are out the way is The Bunch going to get back to its usual programming?” And the answer is a big, well sort of, “yes!” We changed them up a little bit while Caley and I were in Belgium, but as I’ve always promised the aim of these episodes is to mix this ‘product’ up now and again. While Caley’s been by my side in Europe we’ve chatted about The Bunch a bit, so expect a few new additions to this episode and the upcoming ones.

All the usual goodies are still here. James is back on form. In this week’s Rant, he lets off some pent up steam about seatposts, of all things. There’s the weekly roundup, or several weeks worth of roundup as the case would be. And while the racing has been going on in northern Europe the rest of CT have been pumping out some stirling content for those that may not get as absorbed by the spring Classics as some do.

We have a new section this week. Since being opinionated and yelling over social media is always a superb idea, it never ends in ugly arguments or crossed words, we’re rolling out the first of what we hope will be a regular ‘discussion,’ the Twitter Tirade.

After I caught Caley riding with his socks over his legwarmers, we decided to put this sartorial question to the pros, and of course our viewers. There’s clearly only one correct answer, but boy oh boy do we get some interesting answers.

Right, on with the show. all the goodies that are featured in the episode are linked below. Enjoy them and until next week, keep those socks UNDER your leg warmers…I said UNDER!