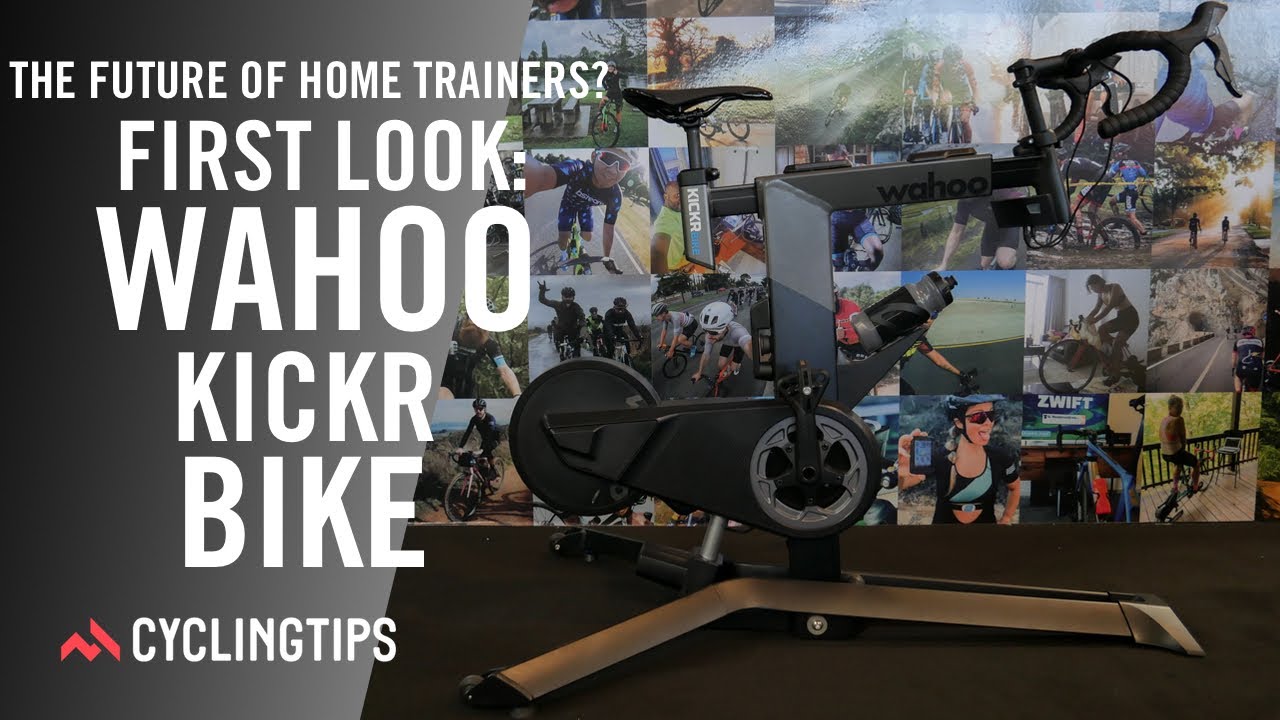 If you thought the market for dedicated indoor training bikes was going to wither away and die, think again: Wahoo Fitness has just tossed its hat into the ring with its new KICKR Bike. It’s expensive, yes, but also chock-full of slick features that should more than fully satiate the appetite of anyone who can’t get enough of riding indoors.

Wahoo Fitness has become well known for clever design and intuitive operation, and the company is now bringing a lot of that to its new KICKR Bike indoor training bike.

As expected, it’s fully customizable for fit with a mostly aluminum frame that can be adjusted for overall height, saddle height and setback, and handlebar height, and there are five effective crankarms lengths on tap as well. But whereas you’re limited to proprietary touch points on some other dedicated indoor cycling platforms, the KICKR Bike uses wholly standard bicycle bits so you can feel free to install the handlebar, stem, and saddle of your choosing.

That isn’t groundbreaking in and of itself, but where the Wahoo Fitness ingenuity comes in is how you go about positioning all of that. The associated app visually measures the fit of your current bike, and then guides you through the adjustments required on the KICKR Bike to replicate the fit. Exactly how accurately the software measures your position remains to be seen, but Wahoo claims that the entire process can be performed in about ten minutes from start to finish.

Up front are a pair of custom Wahoo levers with buttons that can be programmed to mimic the operation of your own Shimano Dura-Ace Di2, SRAM eTap, or Campagnolo EPS transmission (and yes, Campagnolo fans, there are even thumb buttons), along with moving brake levers that slow your avatar down while riding in various online training environments. You can even program your actual gear ratios into the system for yet more realism, and there’s also an additional input port that’s currently left empty for whatever other features indoor training companies might want to add in the future.

Missing, however, is any sort of built-in steering functionality, which Zwift just announced today.

The resistance unit out back seems similar in terms of raw specs to what Wahoo uses on its top-end KICKR stationary trainer, with the same 2,200W maximum brake power, +/-1% claimed power meter accuracy, 20% maximum incline simulation and 15% decline simulation, and quiet operation, but a variety of invisible advancements that allow for the braking and gearing functions. And speaking of incline and decline, we’re not just talking about a simulated feel, either; the KICKR Climb unit that is normally an add-on is built directly into the KICKR Bike’s frame, meaning the entire thing will tilt downward or upward as needed.

As expected, all of this comes at a big cost. Retail price is US$3,500, and it’s expected to hit the American market around mid-October. Pricing and availability for other markets is to be confirmed.