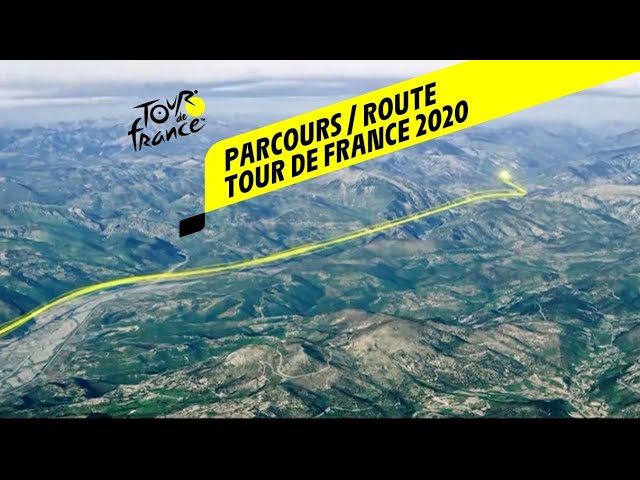 Tour de France organizers have a tall order to fill in following up a 2019 race that was widely seen as the best Tour in years. The route of this year’s Grand Boucle earned high marks from fans and commentators alike, and that had many eyeing this year’s Tour route reveal with even greater anticipation.

As of Tuesday, the unveiling is now in the books, and there’s plenty to like about the parcours on tap for next year — assuming you’re a fan of climbs and open to trying new things. If you’ve got a soft spot for TTs and tradition, you may have a different opinion. Organisers have tried to recapture the magic of 2019.

Tour organizers have made several choices in preparing next year’s route that suggest they are hoping to build on a highly entertaining 2019 race.

This year’s edition of the Tour offered one exciting race day after another, and on top of that, it felt like any one of four or five riders might come away with the win well into the third week. Organizers have doubled down on some of the factors that help facilitate that: An abundance of climber-friendly stages throughout the race but without too many overlong mountain days, and a dearth of time trial mileage.

In fact, they have gone further down that path than last year. There will again be only one individual time trial, and there will be no team time trial in next year’s race. Hills abound throughout the three weeks. The first mountain stage appears on stage 2, in stark contrast to, say, this year’s Giro d’Italia, where there was hardly any GC action through the first nine stages.

There will be gravel again, and on a tough mountain stage. And only one stage at the 2020 Tour will run over the 200-kilometer mark, a clear sign that the ASO is pleased with the way fans have responded to the trend toward shorter stages in recent years.

With all those ingredients, next year’s race will look radically different from the Tours of old — and considering the fact that many fans felt things were getting stale in the sport’s biggest race over the past decade, that may be a good thing.

We’ll see if it all pays off and leads to another Tour that consistently brings the excitement, day in and day out, the way this past edition did. However it plays out, it’s hard to fault the ASO for trying to recapture that magic.

There’s a shortage of iconic climbs.

Speaking of throwing tradition to the wind, next year’s Tour won’t spend too much time on iconic Tour climbs. The Tour peloton will not ascend the Alpe d’Huez or Mont Ventoux or the Tourmalet or the Galibier next summer, which is pretty remarkable considering Chris Froome called what he saw at the parcours presentation “the hardest route I’ve seen in the last few years.”

Instead, the race will visit other ascents, some familiar and others brand new, in a route that will favor the climbers without featuring too many massive slogs.

Take stage 13 in the Massif Central, for instance. It features the highest total elevation gain of the race with 4,400 meters of climbing. A fair bit of that will come on uncategorized ascents in the run-up to a stair-step finale, where two short but steep ascents close things out. The Pas de Peyrol finishing climb is not new to the Tour, but it certainly doesn’t have the cachet of some other more legendary ascents.

Stage 17, perhaps the queen stage of the race, does feature the familiar Col de la Madeleine, but it finishes on a climb that has never before been used in the Tour. The Col de la Loze will take riders on a newly paved road, so no one will really know what to expect – and that’s probably the idea.

The Alpe d’Huez and Mont Ventoux are magical climbs, but that doesn’t guarantee exciting racing after dozens of appearances at the Tour. Will the Col de la Loze deliver? Who knows, but I’m looking forward to finding out.

The course seems to suit Ineos.

Try as they might, Tour organizers were never likely to design a route where Ineos wasn’t still the favorite to take the win. A few years ago, there may have been a clearer formula for achieving that goal, but those days are gone.

The Bradley Wiggins of 2012 and the Chris Froome and Geraint Thomas of the past few years have all leveraged their strength against the clock to great success in the Tour. For a while there, it seemed like a Tour route that was short on TT mileage was the best way to give everyone else a chance. When Sky signed Egan Bernal, however, that changed. The more climber-friendly the Tour route becomes, the more likely he is to win. Ironically, Ineos’s biggest challenger, Jumbo-Visma, would probably thrive on a TT-heavy route, with TT talents Primoz Roglic and Tom Dumoulin among the very select group of riders in the pro peloton that might actually have a chance at taking on Ineos. A few long, flat time trials might have given Dumoulin an edge next year; the lone uphill time trial on the menu, however, will not.

The dearth of long Alpine slogs should help make the race less predictable, but Ineos will still likely start next year’s Tour with the top two favorites for the win on the same team in the form of Froome and Bernal. Thomas, who has no shortage of punch for the many hilly stages on tap, will be a contender as well, assuming he makes the start.

French fans have plenty to be excited about.

All that said, the ASO has designed a route that will at the very least give French fans reason to hope.

Julian Alaphilippe has said flat out that he won’t be targeting the general classification at next year’s Tour, but he doesn’t really have anything to lose in saying that. If it doesn’t work out, he avoids being criticized for coming up short. If it does, he gets to revel in over-delivering. The fact is, this hilly route sure looks good for the reigning Flèche Wallonne champion. It also looks good for Thibaut Pinot, Romain Bardet, and Warren Barguil, all three of whom – especially the latter two – are more likely to end up on the podium in a race without an individual time trial. The lack of a team time trial may be an even bigger boon for French hopes. The French teams definitely improved against the clock over the past few years, but a TTT still practically guarantees that Pinot and co. have to make up 30 seconds or more on the big overall favorites.

Barring catastrophe for multiple riders on both Ineos and Jumbo-Visma, no French rider will go into next year’s Tour as the top favorite to win the thing, but they’ll have a shot, and that’s worth something.

The sprinters will be disappointed.

The peloton’s climbers and breakaway specialists will thrive on the many hilly and mountainous stages of next year’s race, but the pure sprinters can’t be thrilled. Although there are nominally plenty of “flat” stages, many will involve some late climbing that could put the pure speedsters out of the equation.

Caleb Ewan told Cyclingnews at the route presentation that, at first glance, he saw “only three or four sprint chances” in store next year.

It’s hard not to sympathize with Ewan and his sprinting colleagues, who are used to having more opportunities to put their skills on display, but it’s not often you hear fans clamoring for more sprint stages. Like the chrono specialists of the peloton, the sprinters seem to be among the biggest losers in the ASO’s quest to deliver more entertaining racing. One rider who won’t be all that torn up about the lack of pancake flat stages at next year’s Tour is seven-time green jersey winner Peter Sagan. As if he wasn’t already a big favorite for an eighth points classification title, Sagan will have even less competition from the pure sprinters now.

Hopefully, the hilly parcours will see Sagan eyeing the breakaways more often. There are likely to be quite a few stages for the escapees at next year’s Tour. That could be the avenue for the select handful of riders with at least some chance of challenging Sagan to go about building their cases for green, and in turn, it could force him to go up the road to hold them off.

At the end of the day, there is some truth to the age-old refrain that “the riders make the race.” If Sagan, Michael Matthews, and Greg Van Avermaet all decide to sit in the bunch most days, things might not be as entertaining. The same will be true if Alaphilippe actually does ignore the GC battle next year, eschewing what looks like a great opportunity to give it another try.

We won’t really know if next year’s Tour will be as exciting as the ASO is clearly hoping it will be until, well, next year. For now, we can only hypothesize — but at least it’s something to keep us entertained as the pro road season winds down.

Follow the link for a full breakdown of the 2020 Tour de France route.

What do you make of the 2020 Tour de France route?