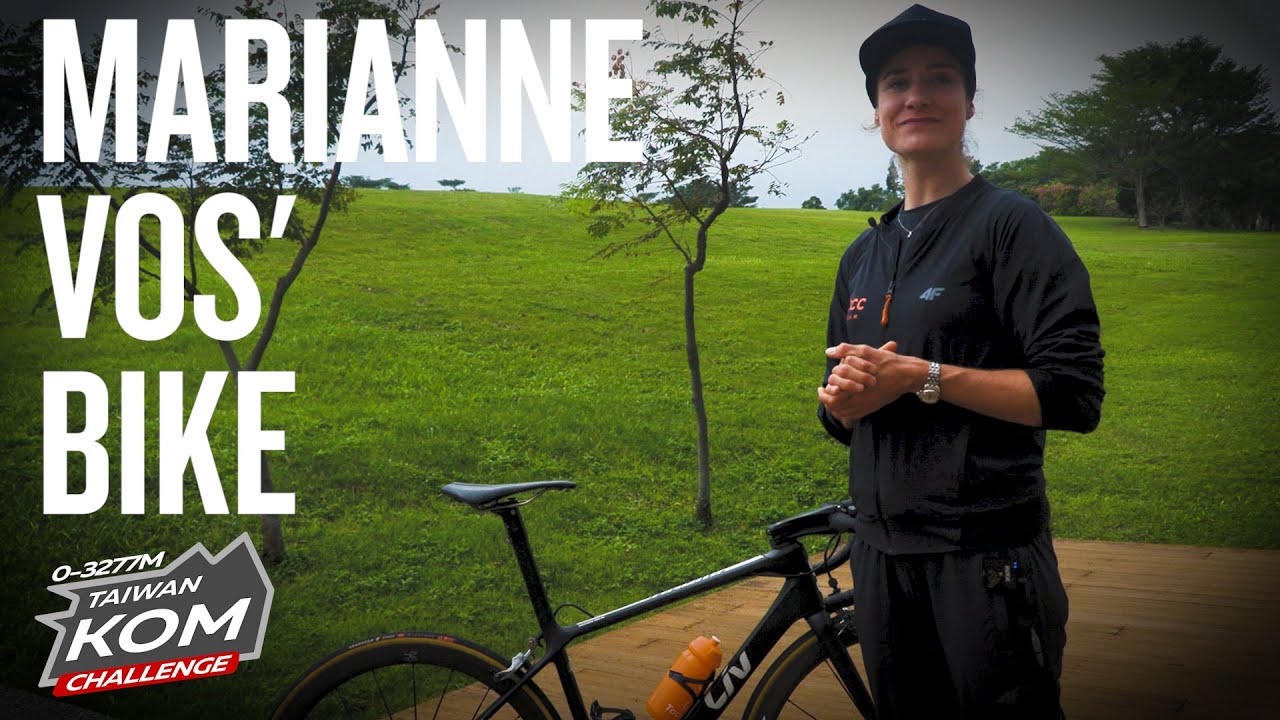 Marianne Vos recently closed out her impressive season at the Taiwan KOM Challenge, finishing second behind her teammate Ashleigh Moolman Pasio. Before that event the CyclingTips team caught up with Vos to learn more about her Liv Langma SL – a bike that she’s spent much of the season on.

As explained in the video, Vos has the choice of an aero bike (Envi), but spends more time on Liv’s well-rounded and lightweight Langma Advanced SL. The Langma is the newest bike in Liv’s range, and is, in fact, the lightest frameset that Liv’s parent company, Giant, offers. Add in Giant’s new premium Cadex wheels, which are claimed to weigh just 1,163g, and Vos’ bike does indeed dip below the 6.8kg UCI weight limit before weights are added.

Like so many pros, Vos chooses a smaller frame size (small) than her 168cm height might suggest, something that’s done to earn a more aggressive riding position. As a result, Vos’ bike shows plenty of exposed seatpost while retaining a completely slammed stem.

Vos’ bike is set up with a SRAM Red AXS wireless groupset running 35/48T chainrings and a large 10-33T cassette. It’s a combination that offers an almost 1:1 ratio — something Vos described as necessary for the KOM Challenge, and something that just generally suits her high cadence riding style. Vos’ bike also features an oil slick finished chain and cassette, something that’s available for purchase in SRAM’s mountain bike range, but remains a pro-only item on the road. The rainbow colours are sure fitting for a rider like Vos.

Tyre pressure is something that Vos adjusts to the courses and conditions but suggested she’d climb the KOM Challenge with her usual good conditions tyre pressure of 100psi (7 bar) in the 25c Challenge Strada Tubular rubber.

Vos will soon be travelling within Australia, and will return as a special guest to the Giro della Donna (November 23-24), something she participated in (and won) back in 2017.