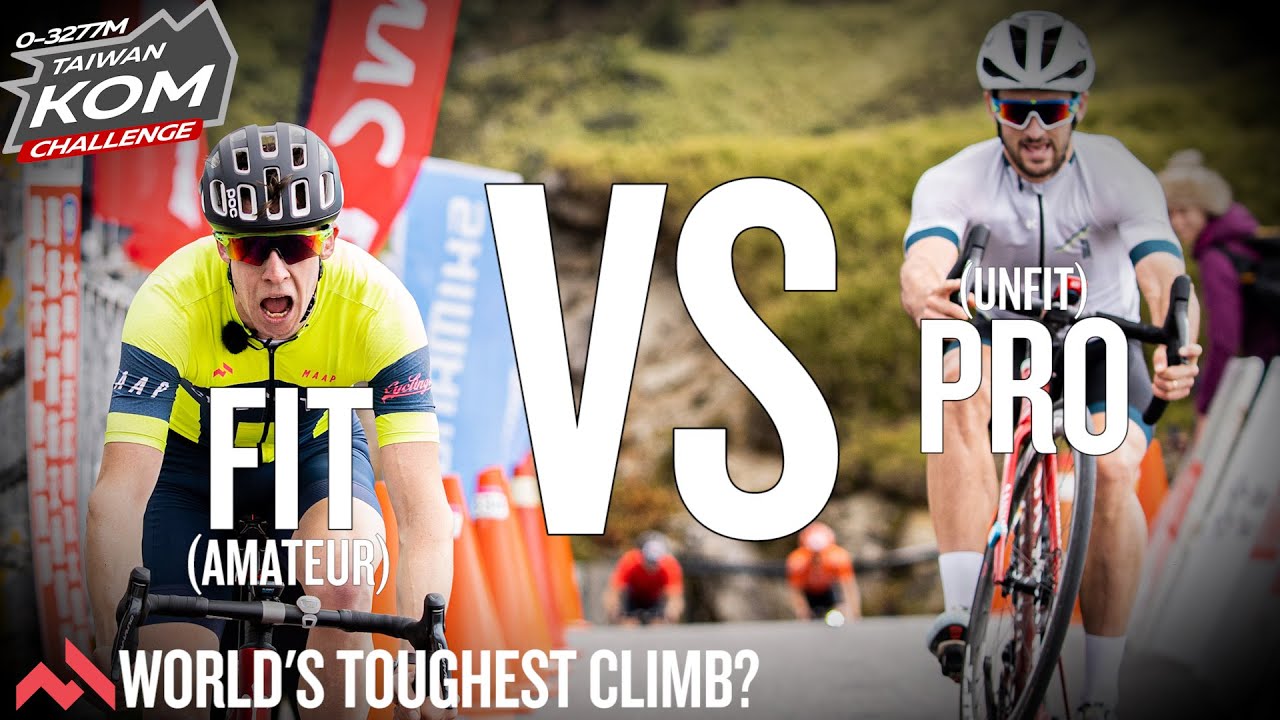 Taiwan KOM Challenge: Offseason pro vs. amateur on one of the world’s toughest climbs

Who is slower: The rider with little talent and plenty of training, or the rider brimming with talent who hasn’t ridden a bike in weeks?

It’s a silly experiment, but a fun one nonetheless. And the lab we chose is beautiful: The Taiwan KOM Challenge.

The Taiwan KOM starts at the beach and ends way up in the sky four or more hours and at least 20,000 pedal strokes later, stopping finally at a little notch in the long ridge of mountains that runs down this island’s spine. Over 700 riders started this year; 550 finished. The fastest reached the finish in three and a half hours, the slowest took over seven, but in the little parking lot at the top everyone looked pretty much the same: Crusted in sweat, shaking a bit, smiling because it was over. It doesn’t get easier, you just go faster, as they say.

This was my second KOM. There’s no way to make it easy. It’s an 80-kilometre climb, so that much is pretty self-evident. You ride and ride and ride, for hours, and then squint up through the clearing clouds and you still can’t see the top.

Nathan Haas of Katusha-Alpecin (he’s heading to Cofidis next year) was my nemesis for the day. He raced road worlds in Yorkshire at the end of September, stepped off his bike, and didn’t touch it again until a brief stint at the Japan Cup in the days ahead of the Taiwan KOM. He gained six kilos and lost much of the fitness that propelled him at worlds.

My preparation, in contrast, was about as good as it can be for a guy with a full time job. A bunch of big rides, lots of climbing. And an ace up my sleeve: I live at altitude, and the KOM tops out where oxygen levels drop down to just 14%, from 21% at sea level. That’s enough to cause altitude sickness in some people. It’s enough to cause power output to drop dramatically, too, particularly for those who aren’t acclimated.

The reality, in the end, was that neither of us was truly fit enough to race full gas up a hill for four hours straight. Only a few of the top women and men who show up at the KOM can do that. But would one of us crack? Who would be more miserable in the last hour, with pitches up over 20%, at altitudes near 3,000 meters?

I cramped. Nathan could hardly breathe. As for the winner, well, you’ll just have to watch the video to find out, won’t you.