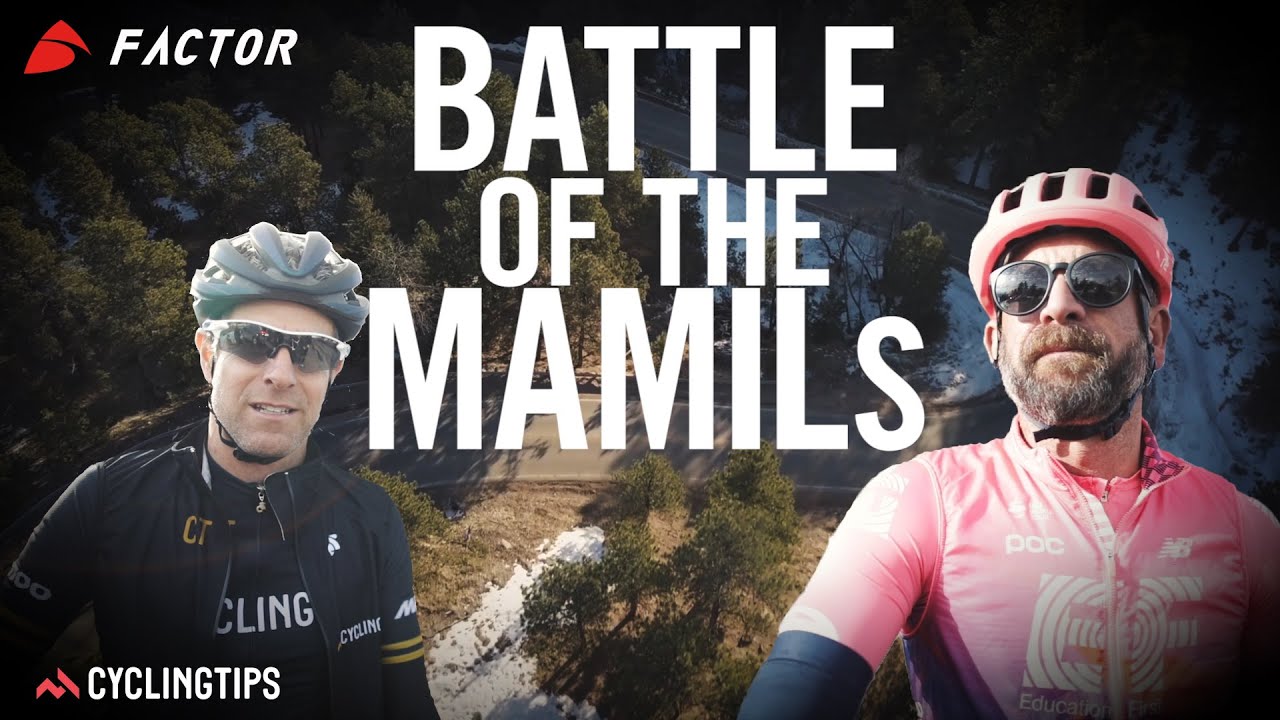 It was billed as talent versus training — natural talent that has spent much of the past 15 years simmering on the back burner versus strength accumulated through years of consistent training by an amateur age-grouper.

The competitors: Jonathan Vaughters, manager of the EF Education First WorldTour team, and yours truly, CyclingTips editor at large. We’re the same age (46) and the same weight (160 pounds, or 73 kilos), and we live near each other. One of us set a climbing record on Mont Ventoux; the other has never won a bike race.

The challenge: First rider to the top — pretty straightforward. No official sanctioning, no minimum bike weight; working with teammates was allowed and encouraged. I would have CyclingTips colleagues Caley Fretz and James Huang on my side; Vaughters could look to local EF riders such as Taylor Phinney, Lachlan Morton, or US champion Alex Howes.

It all started as a bit of trash talk over a decade ago; it resurfaced in the fall of 2018, as good a reason as any for a couple of MAMILs (middle-aged men in Lycra) to stay motivated.

Things really started to take shape when a few sponsors came on board. Shit, as they say, got real. I would be riding Factor’s new 02 VAM frame set with Mavic Cosmic Ultimate tubular wheels, Shimano Dura-Ace mechanical group set and power meter, and a Wahoo ELEMNT ROAM head. The bike build was done by Velofix, North America’s largest mobile bike-shop fleet, with some follow-up tweaks by local shop Vecchio’s Bicicletteria. I trained and raced in custom Champion System jersey and bib shorts.

Aligning everyone’s schedules proved difficult. There was originally talk of doing it before the Tour de France, and after that, September. When Vaughters was finally available, my colleagues were not. A date was set for late November, and then moved again to early December. The week before the race a heavy snowstorm blanketed the mountain, with another on the way. Ultimately, the contest was moved forward by a day to avoid miserable weather.

Like some kind of post-modern Western film, we would meet the base of the mountain at high noon. Howes and Trek-Segafredo rider Toms Skujins would bring the WorldTour horsepower — or more like WorldTour heckling. I’m pretty sure Howes even pelted me with a few snowballs.

A friendly dry run in November had yielded one result, but when it mattered most, talent won out — and it wasn’t even close.

With a stinging attack, Vaughters opened a gap about a kilometer from the summit and held it to the finish. I tried to follow and blew up pretty badly in the process; he beat me by a minute. One attack, and I was out the back.

I’ll admit, I was surprised. When we rode together in November, primarily to size each other up, I attacked in the same spot and finished two minutes ahead of Vaughters. Granted, he was coming off a book tour and a month straight of living out of a suitcase. He was also under geared; I was on a 36×32, he was on a 36×28. But I was confident — too confident, it turned out.

My training hadn’t been structured in any conventional sense because, in all honesty, I really can’t stand structured workouts. Throughout the spring, summer, and fall I more or less tackled local 30-minute climbs and tried to maintain my FTP. There were a few intervals here and there, but it was generally just going hard on long climbs, using the Strava Segments feature, which compares your current pace with your Strava PR and lets you know if you’re ahead, or behind, your best time.

When Vaughters sprinted up Flagstaff Mountain, there was nothing in my legs or lungs that had prepared me for that sort of effort. Given our previous ride together, I hadn’t expected I would need it.

I’m not claiming any of this was wise, I’m just explaining what happened.

Given Vaughters’ superior natural talent, and my deeper well of aerobic fitness, perhaps a better tactic would have been to set a harder pace from bottom to top. However we weren’t exactly going slow, and there’s always the risk of going too deep too early.

As someone who doesn’t win bike races, I wasn’t upset by the outcome, but I was a touch disappointed we weren’t able to do it during the summer, when I had set a new PR and posted faster times than Vaughters’ winning effort. In June and July, I felt like Superman. In December, I felt like a bit more like Clark Kent in a three-piece suit.

But pacing your way up a mountain to set a new PR is not the same thing as a two-man battle to the top — and that was always the contest on the horizon. It’s noteworthy that Vaughters didn’t use a power meter or heart-rate monitor in training or racing.

I never doubted that a former world-class pro could beat me, I just wondered whether he would actually put in the effort in to make it happen. More than anything, I wish our battle had been a little closer, regardless of who won. But ultimately we had good weather and clear roads; it was fun, and unique, and truly, it could have gone either way.

And in the end, this wasn’t really about one man beating the other. It was about a couple of out-of-shape dads setting a goal and putting in the work, pushing back against the slow creep of aging. Over the last year I got my weight under 160 pounds for the first time since, like, high school. I set a new highest-ever FTP. I set a new PR on Flagstaff Mountain, six years after my previous best effort; nine of my top 15 times on that Strava segment were set between July and November.

On Sunday, just a few days after the throwdown, I pinned on a race number. On a muddy, snowy course I finished seventh in my first cyclocross race in over four years. It was a lower-category amateur race, and once again I didn’t win. But just as I had on Flagstaff Mountain, I left everything out on the race course, satisfied that I had given it my all.

For a guy who “used to be a bike racer,” the coals have been stoked once more, and it feels fantastic.