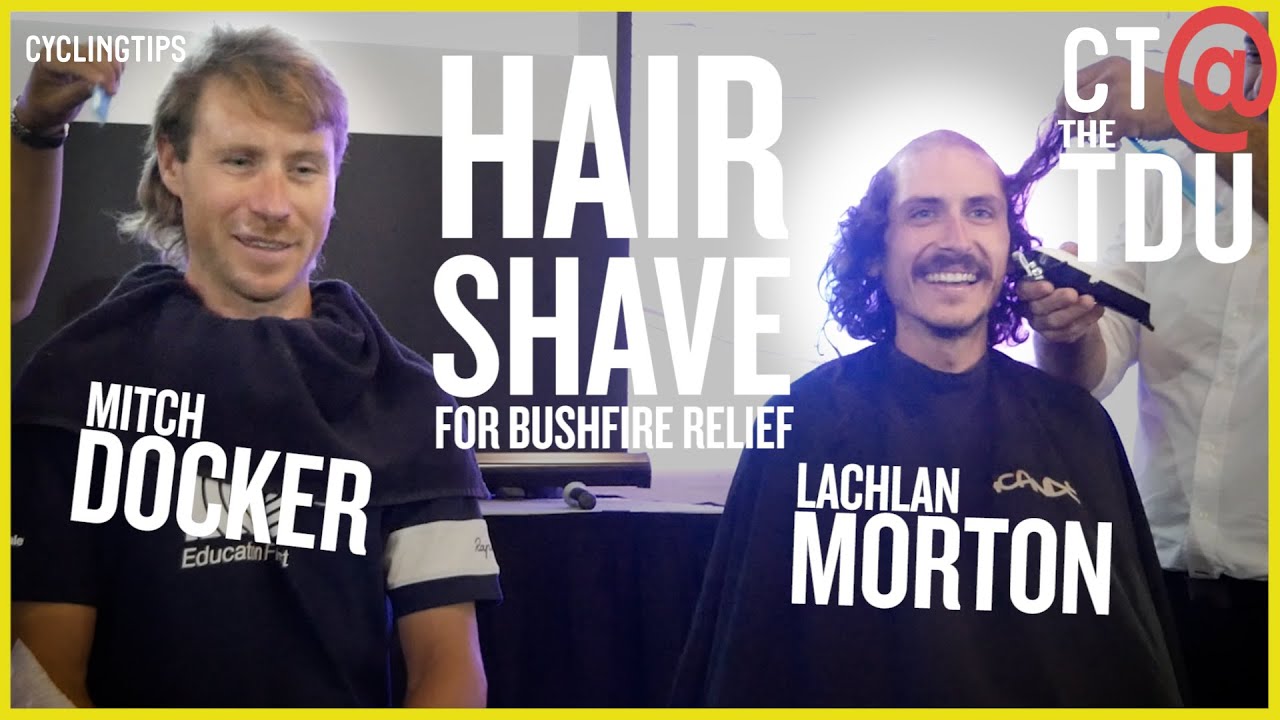 Australians Lachlan Morton and Mitch Docker put their locks and mos on the line to raise funds for the Salvation Army’s bushfire relief. They’ve raised over $8,000, and counting.

The two followed through on their promise to shave for charity after the fourth stage of the Tour Down Under, allowing fans who raised the most funds to lop off Docker’s iconic facial hair and Lachlan’s mop up top.

Check out the video above to see Dave Everett catch up with both the following morning, and head to GoFundMe to donate.