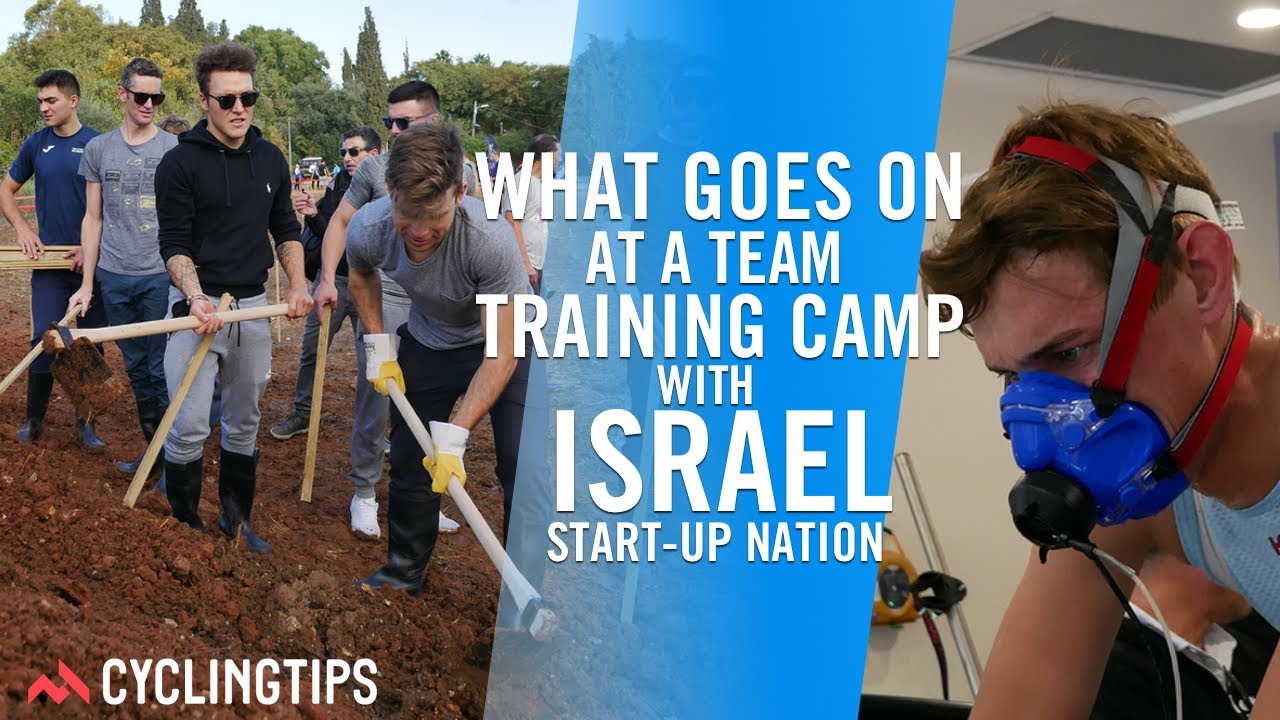 My taxi driver has the appearance of the cat lady from the Simpsons. She also sounds like she’s smoked 40-a-day since she primary school. Then there’s the driving, clearly a fan of the horn and ignoring the speed limit.

“Do you mind if I smoke?” she crackles.

Bollocks, my Britishness creeps through, we’re not bred for confrontations like this. “Sure, no problem”. The windows don’t work anyway, so they’re wide open. It should prevent the majority of second-hand smoke whoofing my way. Tila’s a lovely lady though, chatty, up for teaching me a few local phrases that I immediately forget – I’m crap with languages, Inglish included – and she’s brimming with positivity about Tel Aviv.

I’m here because the latest incarnation of the Israel Cycling Academy is hosting their second get together of the upcoming season. They’ve had a few days in Croatia together, but after what I’m later told was a horrendous 14-hour trip from there to here they’ll be spending five days launching the team.

There will be the usual presentation with local sponsors and big-wigs in attendance. Though that may be interesting, it’s not the real reason I’m here. It’s the other bits that the team will get up to that tickle my fancy. We’ve been told that the riders will be getting dirty, they’ll have the shovels and picks out building a CX course for a local school, then there’s the testing where several will be put through their paces at an all-new university sports facility. On top of this, there’s a trip to an all-new velodrome funded by one of the team’s co-owners. The promise of a trip to Jerusalem and the Holocaust museum should be something very different for all in attendance. It’s going to be a jam-packed few days.

I’m not the only journalist in attendance; there’s TV station crew, news outlets, and other cycling publications. They’re all looking very prepared; the TV station folk have two crew members each. One lugging the camera equipment, the other with an overflowing notepad of questions. This is where I start to feel a bit of a pretender — I’ve come prepared, don’t get me wrong. I, too, have a note pad too with questions, and a video camera (albeit a little smaller). But to be honest, the sit-down interviews that the team organised on the evening of our arrival, and which the TV crews seem to be focusing on, don’t really excite me.

I know the riders will mostly be ready to reel off the same answers or divert questions back to how much they are looking forward to a new team and a new season. This fear is proven right on the first-night sit-downs by a couple of riders (don’t worry, I’ve not included them in the video). Instead, I plan to spend the next few days chipping away at the riders, getting to know them in the quieter, less structured parts of the day, when they’re more relaxed and at ease. Well, that’s the plan!

There should be something for everyone here. Greipel training as a possible future sanitation worker, Rory Sutherland pre scooter incident, Rick Zabel leaning on a shovel, a fancy new velodrome, Nils Pollit turning himself inside out and a very moving story about Gino Bartali. This vlogs got a real mix of goodies in it.

So, please delve in and enjoy. Oh and while I’m here I’m sure, like me, you’ll wish Rory all the best. We look forward to him bouncing back.

Best of 2019: The case for wearing pro team kit

Best of 2019: What will WorldTour tech look like five years from now?

Best of 2019: What it's like to ride illegally as a woman in Iran

Best of 2019: The case for wearing pro team kit

Best of 2019: What will WorldTour tech look like five years from now?

Best of 2019: What it's like to ride illegally as a woman in Iran