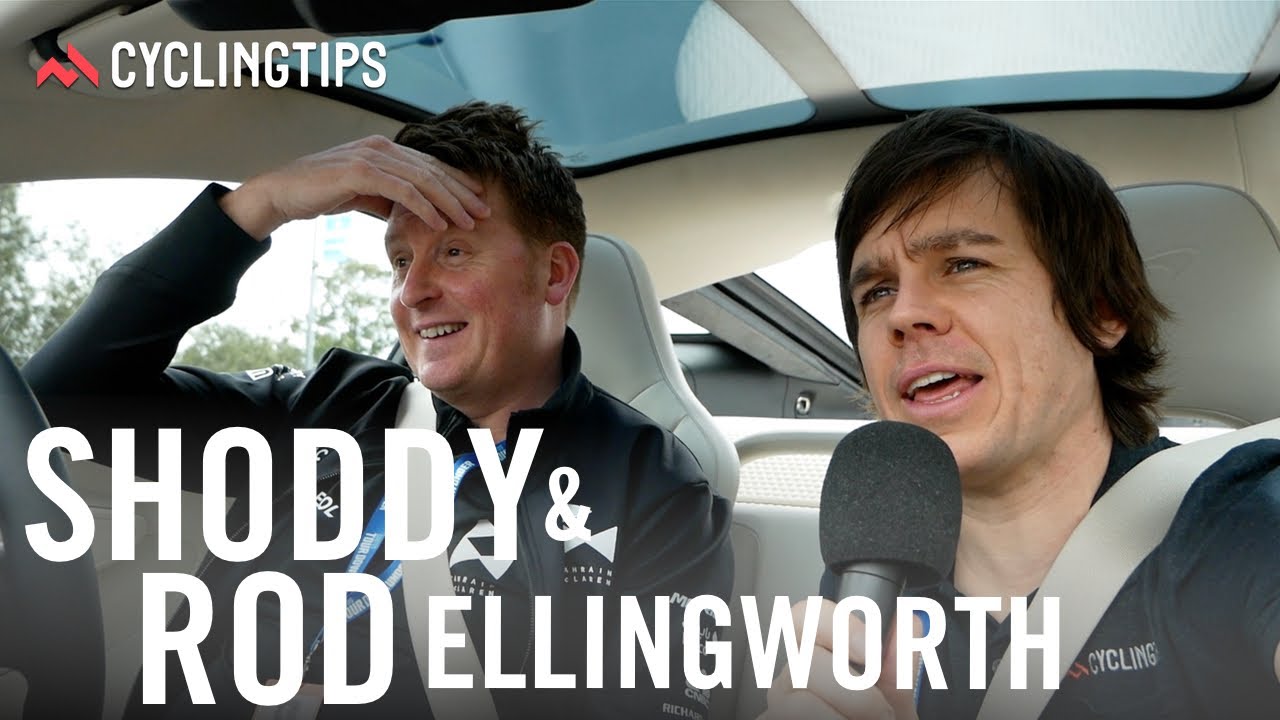 Yes, as we all are aware, there are a few good reasons to not really want to like the Bahrain-McLaren team. But then again, there are a good few teams out there with, shall we say, questionable sponsors. But I’m not here to dissect or attempt to change your personal view on the team and where the money behind it stems from. Instead, I’m just going to put this little video in front of you. So, for this episode of Shoddy Goes Places (title is a work in progress), I present you a video where I jumped in a very fancy motor vehicle, one that’s worth more than most houses. In fact, you could by a good few houses for the AU$500,000 asking price. Inside, I chatted with Rod Ellingworth

Rod, as you may be aware, announced last season that he’d be jumping ship in 2020 from Ineos to Bahrain-Mclaren to take up the role of General Manager. After taking gardening leave from Sky it would seem that Rod delved into his new role with gusto. The team this season has already racked up two wins and a GC at the recent Saudi Tour, they also have arguably one of the best-looking kits in the peloton, which is far more important than any win so far.

It would seem a fresh start to the team. And from what I can gather, Rod is shaking things up and for the better. Rod’s background is in developing and managing riders. Starting out back in 2001 with an early version of the now slick and factory-like British cycling academy, he’s brought through numerous big names to become winners. From Mark Cavendish – who he’s now back working with at Bahrain for 2020 – to Geraint Thomas.

If you’re expecting a Frost/Nixon type interview, then I warn you you’ll be bitterly disappointed. But if you want to know about Cav’s move from Dimension Data and his old Renault Clio, Froome’s singing voice or Rods take on why Mclaren isn’t all about the tech then I advise you to take a look. Even if you’re not interested in all that, why not just marvel at the lovely cream interior of the fancy car. And then wonder as to why McLaren hadn’t let him loose in one of their motors before I harassed the team’s press officer about getting Rod behind the wheel of a ‘team car”.