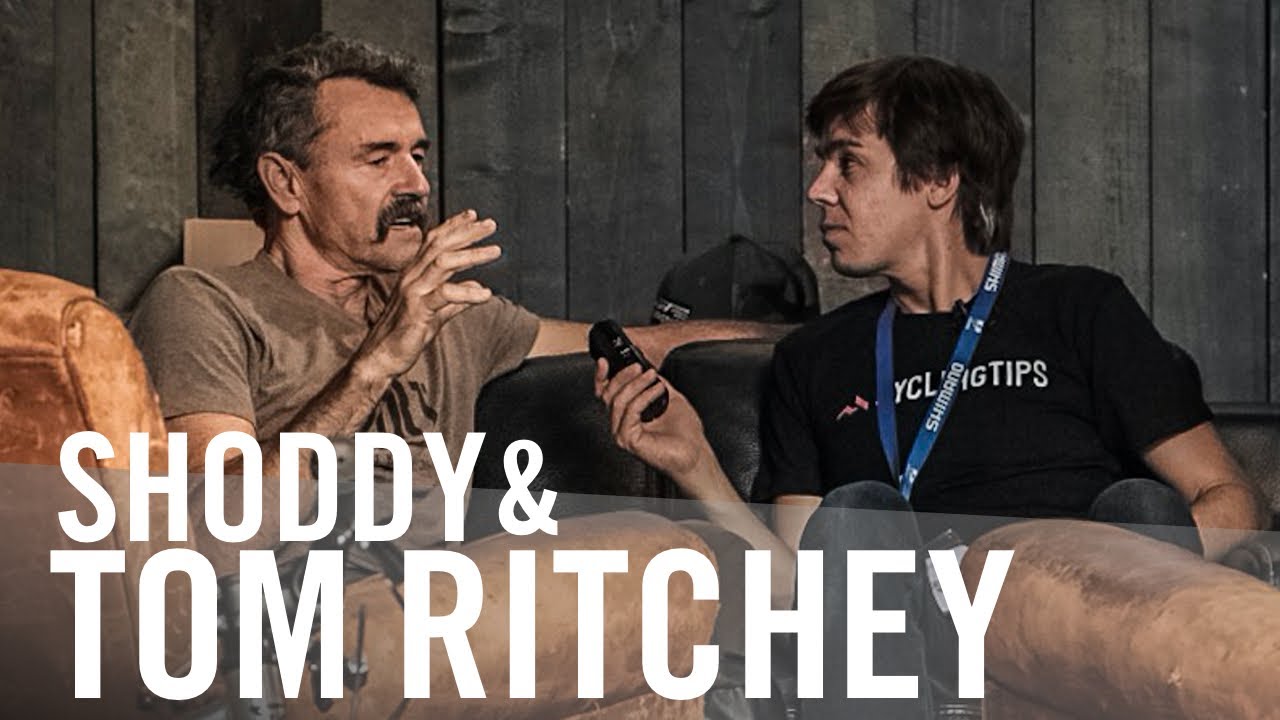 The word legend is bounded about far too liberally, if you ask me. But then again, who’s asking me. It’s a bit like the word ‘epic’, also used far too often. But both of these words can quite easily be applied to Tom Ritchey.

I’m pretty sure that most of you will be aware of Tom. If not go and read this article, it should get you up to speed before you settle in for 12 minutes of chit chat with him. He’s a man that’s been a steadfast part of the cycling industry for nearly 50 years, he’s pioneered, forged and in some cases stuck to his guns on so many aspects within the sport in this time. And on top of this, he’s a top bloody bloke. He’s one of the originals, part of that illustrious gang of builders that helped kick start much of what cycling is now about.

I could quite easily wax lyrically about the man and his business for a good while. I’ve had the pleasure of meeting him a few times now, and he’s always been a delight, down to earth, chatty and with an infectious love for everything bike.

Back in September, while attending Eurobike, I’d somehow managed to grab a slice of his day. Surprisingly getting time with the man wasn’t too hard, a quick email was fired off to his wife Martha, and the time was allotted. But once at the event finding the Ritchey booth and arriving on time was a different matter. I’d gave myself 15 minutes to wander the halls and find the booth. Opening up the event guide book, I was shocked to see Ritchey Components not listed. Thirty minutes later, I’d found the booth where Tom and his staff were hiding out; they were sharing space with their German distributor. I was late, sweaty and worried now. I’d stood a legend up for a quarter of an hour. A whole fifteen minutes of a thirty min slot I’d been allocated was eaten away, damn!

I needn’t have worried; his Californian laid back roots were on full display. An hour of chatting after I arrived and an hour and fifteen after I should have arrived and we were wrapping up the conversation. Not once did he seem in any hurry to get away, in fact, when I checked with Martha if I was taking up too much time, she was quick to prompt me to continue. Both Martha and Tom are clearly laid back and far from the stuffy industry types. They’re a pleasure to be around.

I’d find out at the end of the interview that Tom’s next schedule wasn’t a business meeting or interview, but that he just wanted to get on his tandem bike with his girl.

I’ve been saving this video up for the right time to spring it on you good people, and well with this new weekly video series, I thought the time was pretty much perfect.