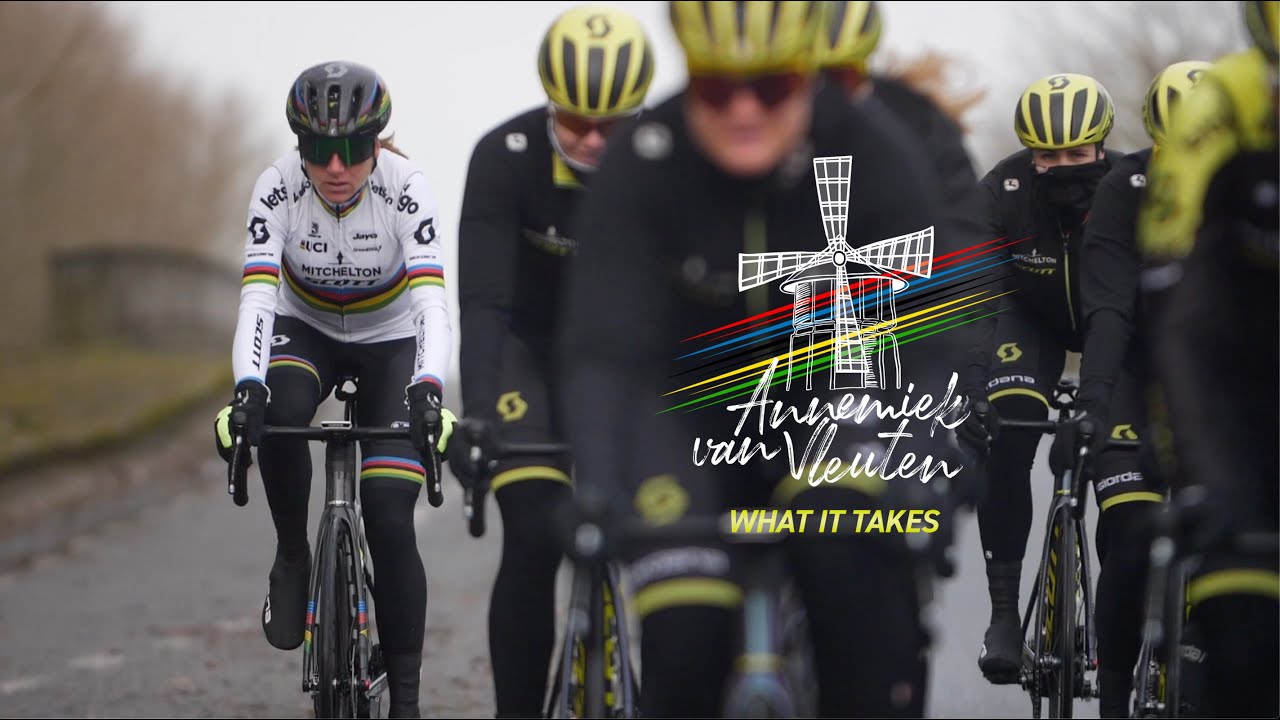 When Annemiek van Vleuten attacked with 105km remaining at the 2019 UCI Road Race World Championships, and no one went with her, few thought she would survive, including the 37-year-old herself.

Five months on from that ‘crazy’ move and historical victory, Van Vleuten finally debuted the rainbow jersey at the 2020 Omloop Het Nieuwsblad.

The Dutch woman enjoyed a smooth off-season, one she declared as her best yet, but would it translate to race results and could she overcome the curse of the rainbow jersey?

Despite a mechanical mid-race that would increase fears, any suggestion of that famous curse was quickly put to bed at the first opportunity and Van Vleuten started exactly where she left off… on the top step.

‘A rainbow debut’ is the second episode in the ‘Annemiek van Vleuten – WHAT IT TAKES’ series. It provides an in-depth look back at the historical victory in Harrogate, including the ‘pages of a book’ Van Vleuten wrote in her mind during the 105km solo ride.

Fast forward to February 2020 and her rainbow jersey race debut, the episode goes behind the scenes of the unique build-up and stunning victory in Belgium.