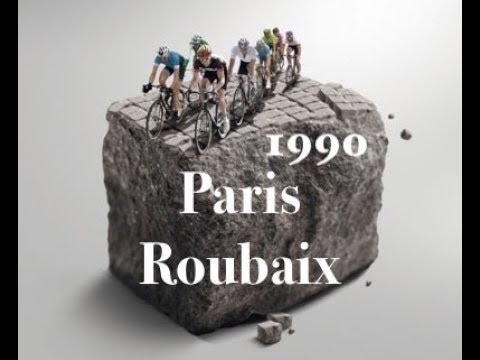 This Sunday, at precisely 11 am Eastern, we’re all going to click play on the video above at the same time. Glorious synthy theme tunes and the rattle of steel bikes will fill the air as we settle in to watch the 1990 edition of Paris-Roubaix — together.

We’ll click play just as this year’s Paris-Roubaix would have been nearing the velodrome. It won’t be, of course. So this is the next best thing. Join us to chat about the race, in real-time, in the comments below and on Twitter using the hashtag #ClassicClassics.

We may not be able to watch 2020 Roubaix together, but that doesn’t mean we can’t have any Roubaix at all.

Just after I wake up each morning there is a moment, in the quiet and the first light of the Eastern sky, when everything seems normal. Then I remember.

In just a few short weeks, the coronavirus has dramatically re-shaped life across the globe. And while it pales in importance compared to the fight to save lives and defeat the pandemic, sports has not been spared.

The first rumble in pro cycling came in early March, when RCS canceled Strade Bianche and then Tirreno-Adriatico. And as Paris-Nice hastily wrapped up a day early, the grim truth was clear: there would be no bike races—and within a week no sports of almost any kind—for the foreseeable future. And as we faced the terrible, inexorable-seeming onslaught of an unprecedented global health crisis, there was no escape.

Sports has always been a diversion in the wake of disasters: entertainment, distraction, and some kind of shared catharsis. But it couldn’t help us now. And I wasn’t the only one who felt marooned. As sports slammed to a halt, athletes, media, and fans took to social media to suggest great games, races, and matches of bygone years to watch instead.

It was welcome, but didn’t quite fill the void. Sure, I could watch a vintage Ronde or Tour stage, but I’d be alone, outside the collective viewing experience that is sports’ essential social bond. Then, in mid-March, Jasen Thorpe suggested on Twitter that we all watch an old Milan-Sanremo together, on the day the 2020 edition would’ve happened. We set a start time, put a hashtag on it, and spread the word.

That Friday night, I poured a Belgian ale as is my tradition on the eve of a big spring Classic, and detected a faint thrum of the familiar eager anticipation I feel before a major race. The next morning, I pulled up the link for the 1992 edition of Milan-Sanremo and pressed play at the appointed time. On Twitter, I scrolled the #ClassicClassics hashtag as we bantered about mullets and team kits and early 90s tricolor fade paint jobs. And then we were treated to maybe the best descent ever in a professional bike race, as Sean Kelly shot down the Poggio in a daredevil chase to catch lone leader Moreno Argentin and beat him in the sprint, just ahead of a fast-closing pack.

We did it again the next weekend for 1998’s Gent-Wevelgem, where Frank Vandenbroucke’s star flashed its brief supernova brilliance. Then the 1986 Tour of Flanders, where we marveled at everything from toe clips to Adri van der Poel’s tactically textbook sprint and felt the pang of being denied watching his phenomenal son Mathieu try to repeat it. And we’re doing it this Sunday, April 12, for Paris-Roubaix (details below). Whether you know or remember who won or not, the footage has the feel of found treasure, with all of its suspense.

But for me, the connection is the key. For an hour or two on these mornings, I am able to find some kind of old normal again. We are all in separate houses in separate cities, but it feels close, like community. And as I watch these races, some more than 30 years old, I’m not only captivated by the enduring appeal of these races and remembrance of riders long retired. For a brief while, at least, I am able to forget.

Details: To approximate a live viewing, we have a start time: Cue up this with the video embeded above a few minutes before 11AM Eastern/8AM Pacific, then hit play exactly at the top of the hour.

Join the community by commenting here, or on Twitter using the hashtag #ClassicClassics.

Can’t make the start time? We realize it’s a rough one for our Australian audience. That’s ok – just queue it up at a time that works for you and jump into the comments below. But no spoilers until the official time, please!

Specific vintage editions to be announced shortly before each race; we try to pick especially memorable versions and welcome suggestions, but we’re limited to those for which footage is widely viewable.