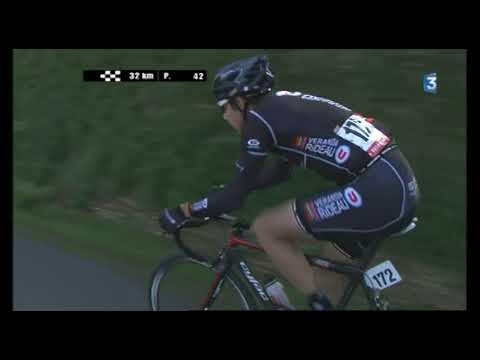 Forget Flèche: The case for replacing the worst classic

There's a much more #ClassicClassics option to watch during Ardennes Week. This is the case for watching Tro-Bro Léon instead.

Several months ago, deciding which one- or two- or three-decade old bike race to watch on Wednesday is not a problem I thought I’d have right now. I imagined—as likely you did as well—that the proximate concern would be how to juggle a busy Wednesday work day to time my viewing of the last few kilometers of the 2020 Flèche Wallonne.

But here we are, more than a month into a World Without Sports, and as I looked at the historical results for Flèche trying to find a truly suspenseful, exciting vintage edition for our #ClassicClassics viewing, I found myself stumped: there, well… there wasn’t one.

Instead, join us on Wednesday morning (US time) for something far better.

Flèche is, in my view, the least-loved of the Ardennes Classics trio. And with damn good reason, I might add. I know it’s a WorldTour race. So are the (checks notes) BinckBank Tour and the Tour of Guangxi. And I know it has a long history, dating back to 1936; as Strade Bianche shows, fresh greatness quickly drops fusty old tradition. I know that the Mur de Huy is one of the most renowned finishing climbs in the sport. Those switchbacks! They hurt; enough to break an old Campy square-taper bottom bracket when I clawed my way up them once. (No, I was never that strong; the bearings were farked.)

This is why the truth also hurts: for most of the last 25 years, Flèche Wallonne has been an unwatchable, formulaic bore, and the Mur is partly why.

Here are the last 10 editions, summed up: early breakaway of lesser-known riders goes clear, gets caught on or after the second circuit over the Mur. Big crash in the pack after the descent. Counterattack by bigger-name riders, gets caught on or slightly before the final ascent of the Mur. And then the last climb, which plays out sort of like a headwind sprint in that it’s usually the guy who launches last who wins.

I’d have looked further back than 10 years, but I kept falling asleep. The pattern holds up, though; the last breakaway to win Flèche Wallonne was in 2003.

Literally, Flèche Wallonne is the Classics version of those sleepy days in the Tour de France where the race is doing a 200+ kilometer “transition stage” across some windblown, rolling farmland baked so hot in the July sun that it must feel like riding in a hair dryer and there’s a five-rider move struggling to keep four minutes on a field that is soft-pedaling in a desperate and transparent attempt to not make the catch more than 20km out and so only the last 5-10km is interesting and you’re wondering why you didn’t just go for a ride and come home in time to catch the sprint?

Five years ago they tried to freshen up the old Flèche homestead by adding the Côte de Cherave into the circuit around Huy. But like stripping the wainscoting and flower-print valences from a house with a crumbling foundation and bad floorplan, that cosmetic once-over didn’t bring out any buyers. I fear that Flèche may be unsalvageable. So let’s not watch.

The worst thing about the pro racing calendar is how bloated it is. The best thing is this overstuffed monstrosity includes some underappreciated gems, races that shine the moment you turn your attention to them. One of them falls every season into Ardennes week and is roundly and unjustly ignored for that reason: Tro-Bro Léon.

T-BL, which first ran as an amateur race in 1984 and turned pro in 2000, is sort of the gritty Tool to the Ardennes’ more commercially accessible A Perfect Circle. It’s held in the Celtic-speaking western region of Brittany, which is the cradle of French bike racing. Bernard Hinault? Breton. Louison Bobet? Breton. Jean Robic and crusty old former director sportif extraordinaire Cyrille Guimard? Both Breton. Lucien Petit-Breton? Nope; he was from Cleveland. (Not really.)

Why is Brittany so perfect for bike racing? Crosswinds, especially in Finistère, the westernmost department of Brittany out on the windswept coast of the Celtic Sea, where Tro-Bro Léon is held. (Finestère comes from finis terrae: end of the earth.) A patchwork of tiny little roads, which have more up-down/left-right than a Konami cheat code. The French call this kind of terrain casse-pattes, or leg-breakers, because there’s never a spot to catch more than a few seconds’ rest. And of course, kouign amann, the Breton butter-cake pastry that might be the ultimate ride food whether you’re racing or watching.

All of that makes Tro-Bro Léon superior to Flèche and its geegaw of a finish. What else? The Flèche Wallonne trophy is a kind of soulless metal cogset…thing. Brittany is farm country, so the first Breton rider across the line of Tro-Bro Léon gets a piglet.

Tro-Bro Léon’s signature feature, though, what makes the race special, is the sectors of ribinoù, little farmland shortcuts where Brittany’s narrow roads get narrower, and the pavement ends. These tracks, some so ancient they have worn a hollow in the earth, are sometimes just two-track tractor paths, but each has a distinct character; one goes through a narrow, crumbling gate on castle grounds. Dirty Kanza? Trans-Iowa? Nah, T-BL’s the real granddaddy of gravel races. I don’t know if Kevin Costner gets any royalties on this, but its nickname is the Hell of the West.

Tro-Bro Léon has everything that matters in a bike race, even if the world’s top pros are all sucking up to ASO over there at Flèche and Liege. It’s a better race and, if there was any fairness, it would replace Flèche Wallonne on the WorldTour. We can’t control that, but we can control our own calendar here at #ClassicClassics. So join us as we watch a modern classic, the 2012 edition of Tro-Bro Léon. The video is embedded above.

As always, we’ll start watching at 11AM Eastern/5PM CET. Follow along here or on Twitter, where we’ll have a special guest: Ryan Roth, who raced in 2012. Ask him questions, or just follow him and the #ClassicClassics hashtag to get his inside view of this incredible race.

Photo gallery: The gravel and dust of the 2019 Tro-Bro Leon

Photo gallery: Gravel and grit at the 2018 Tro-Bro Leon

Photo gallery: The gravel and dust of the 2019 Tro-Bro Leon

Photo gallery: Gravel and grit at the 2018 Tro-Bro Leon